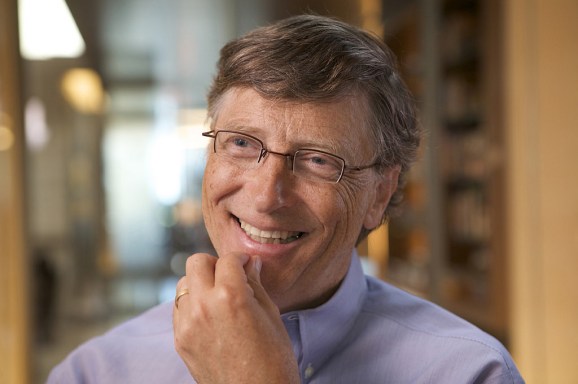 When Bill Gates gets confused, he emails a smart friend to ask for guidance or to verify that he correctly understands a complicated idea.

That’s why in an interview with The Verge this spring, Bill Gates said he is excited about the emerging field of personalized learning and A.I. tutor bots. Education could change greatly when students have a bot that can field questions and explain difficult-to-understand concepts. The bot won’t get annoyed or tired of hearing the same question over and over. Learning like Bill Gates — grasping hold of these concepts and overcoming these hurdles — will unlock a lot of doors in education.

That’s the kind of bot that Prepathon tried to make earlier this year.

Six months into its mission to build an education assistant and tutor, Prepathon abandoned its efforts, instead choosing to build several bots that specialize on a single focus and purpose, said Prepathon CEO Allwin Agnel. Bots that can carry out specific tasks can enhance or replace parts of the educational experience and enable personalized learning.

“We are going to be personalizing the learning experience by offering you a wide range of bots that make sense for you,” Agnel told VentureBeat in a Skype interview.

When it tried to create an all-in-one A.I.-powered education assistant, Prepathon ran into some problems.

“The types of questions we got asked weren’t like ‘What should I do this week?’ The questions were of the type … ‘I am extremely sad that my scores are bad. What do I do?'” Agnel said. “People want a shoulder. They don’t want the teacher, they want a shoulder to cry on or to get support on.”

Part of Inzane Labs, Prepathon is based in Mumbai and uses a combination of bots and community to help people prepare for tests. Inzane Labs is also maker of Pagalguy, a website that connects more than 800,000 MBA, engineering, and finance students in India. The Prepathon Android app is made up of three areas of focus: a community, course content provided by 30 or so test prep course providers, and a bot marketplace.

Prepathon’s first bot tells users after every 10 questions how they’re performing compared to the average correct answer and response times of other test takers. Available since the start of this year, Prepathon’s feedback bot has been used by more than 135,000 students.

Three new bots premiere today, and 10 more will arrive later this year, before Prepathon moves into classrooms and Western markets at the end of the year, Agnel said.

Bots making their debut today include:

Bots under development include a social bot that organizes in-person study sessions with people nearby and an “ask an expert” bot, which allows you to reach out to the smartest people in the community.

Agnel called the bot world an “ongoing experiment for the next five years where these bots start becoming smarter and better.” Prepathon’s experiment will be to replace or enhance parts of the educational experience with bots.

The educational experience is made up of hundreds of small experiences — hanging out with classmates, being challenged by your teacher, studying, and so on, Agnel said.

With Prepathon, instead of peppering the instructor with questions and potentially embarrassing yourself, you ask the group or search previously answered questions. For the select moments when a student’s really stuck, a human teacher or tutor may come to their aid.

This approach is much like the one taken by the bot HealthTap, or this Watson-powered teacher assistant bot at Georgia Tech that utilizes artificial artificial intelligence and previous answers to address repetitive or frequently asked questions. The majority of questions can be answered with a search of past queries or by asking the community, while some questions need to be vetted by people.

“Now we can have a coach bot and then it could be clear that this question is going to a human being and that you might have to pay extra for it,” he said. “I think as long as you set that expectation right I think people will behave appropriately.”

Today the results Prepathon shares with students are determined more by data science than artificial intelligence. Companies collecting this sort of data will be able to provide a valuable tool to users, and be well positioned for a coach A.I. tutor bot when the technology is there in the future, Agnel said.

In May Prepathon announced the closure of its pre-seed funding round, led by Blume Ventures, a leading early stage investor in India. The amount of money invested was not disclosed. Prepathon has 60 employees and offices in Mumbai and New Delhi.