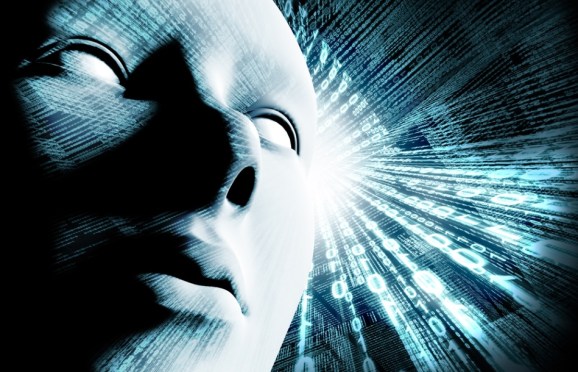 At Microsoft’s recent Worldwide Partner Conference, CEO Satya Nadella laid out his vision for a world in which A.I.-powered chatbots “fundamentally revolutionize how computing is experienced by everybody.” Bots, according to Nadella, will become the next interface, shaping our interactions with the applications and devices we rely on. Of course, granting bots more control over our apps and devices naturally requires that we create rules to govern how they operate.

Nadella earlier outlined a set of rules for bots that prioritizes empathy, efficiency and assistance. “A.I. must be designed to assist humanity,” he wrote. That’s a smart position, but it doesn’t tell the whole story. Bots merely represent an interface layer between humans and computers, akin to applications and mobile apps. It’s what’s behind the interface that makes all the difference.

Can artificially intelligent bots really assist humanity, or is it more about replacing? Let’s start by creating some order around what A.I. means.

The debate over the role of intelligent machines in society has raged since the 1950s, but can be broken down into two basic camps: artificial intelligence (A.I.), and intelligence augmentation (I.A.).

On the one hand, the A.I. camp argues that the future of computing should be autonomous systems that can be taught to replicate and ultimately replace human functions. On the other hand, the I.A. folks believe that technology should be designed to supplement and support human thinking and ingenuity — leaving the human to be the primary driver of human-computer interaction (HCI).

Take, for example, autonomous vehicles. The Google Self-Driving Car is a classic A.I. technology designed to completely replace the role of the human — in this case by removing the human driver. Alternatively, modern collision-avoidance or assisted parking systems help humans better accomplish the task of driving, but ultimately leave the human in control while intelligently augmenting their driving performance — I.A., in other words.

So which is it: A.I. or I.A.? What is the right approach to how humans use technology going forward?

Since the turn of the century, A.I. has been on a hot streak, starting with IBM’s A.I.-based computer, Deep Blue, defeat of chess grandmaster Gary Kasparov in 1997. Since then, A.I. computers have beaten humans at increasingly complex games, such as Jeopardy and Go.

Enter the bot. A bot is software that runs simple and repetitive tasks. Chatbots are a special kind of bot designed to converse with users to help them complete simple tasks, like ordering pizza or scheduling meetings. Because bots often replace human operators, they have been closely associated with artificial intelligence.

Since the beginning of this year, Facebook, Microsoft, Google, and others have announced bot frameworks to help developers build apps to automate human tasks. Examples of bots and chatbots resulting from such frameworks include Taco Bell’s food-ordering Slack bot and X.ai’s somewhat disconcerting automatic meeting scheduler, which actually poses as a human when interacting with your colleagues.

Many experts, including Satya Nadella, predict that bots will soon replace apps as the primary way in which we complete tasks and become a more human-seeming software interface. Looking at the exponential growth that’s taken place in 2016 alone, it’s hard not to disagree.

Over the next few years, consumers and businesses alike should expect to see a steady stream of basic tasks completely replaced by A.I.-powered machines, bots, and the like. However, anything that comes close to replacing human cognition and consciousness is still a long way away.

While A.I. is sure to play a much larger role in our lives moving forward, it has many limitations. A.I. solutions tend to work in structured environments where all relevant information can be considered, the potential inputs and outputs are finite, and the goals of the system are clearly defined. Ordering a pizza, playing chess, even driving a car from point A to point B — the number of possible outcomes in these cases range from a few to a great many, but the actual desired outcome can be predicted to a very high degree of confidence. In fact, this is where A.I. shines: When the number of calculations is astronomical, the machine can consider all the different alternatives quickly and then offer the answer with the highest degree of confidence. That’s why these machines are so good at games like chess, Go, and Jeopardy.

Now consider a real scenario from the business world. An executive, while her car drives her to work, opens her computer or mobile device and is exposed to a tsunami of information emanating from a vast array of sources, such as email, business apps, documents, and social tools. An A.I. engine can aggregate the information and classify it using natural language processing. But what action needs to be taken? Well, that depends. What is the problem that needs to be addressed? Is the executive trying to close a business deal, merge two companies, or select new offices?  In each of these cases, what information needs to be considered and what are the possible options for each?  This is a situation where A.I. has a long way to go. A.I. can assist the executive by surfacing information and options, but it doesn’t replace her. On the other hand, devising solutions that present the information in a way that allows the executive to slice and dice the various options is both achievable and a classic I.A. solution.

So, while the immediate future will be filled with incremental advancements in the use of A.I. to address increasingly complicated business issues, these developments will amount to a set of tools that humans can call upon to augment our intelligence and free up time for what we do best — solve complex problems through creativity, innovation, and making unexpected connections between different domains of information. The future, in that sense, is I.A.