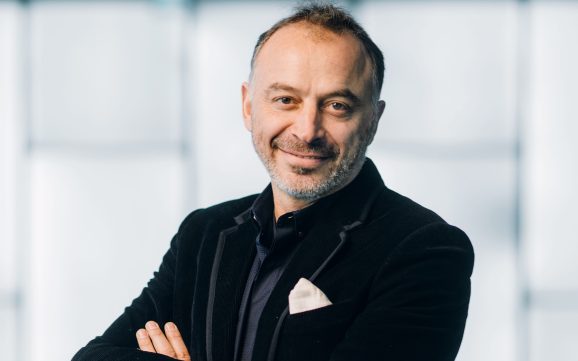 Nokia announced today that the person spearheading its efforts to become a consumer products company again is stepping down.

In a surprising move, Ramzi Haidamus, president of Nokia Technologies ,which is based in Silicon Valley, will vacate the position tomorrow. However, he will stick around until the end of September to help with a transition.

The company said that Brad Rodrigues, presently head of strategy and business development at Nokia Technologies, will become acting president while the company searches for a permanent successor.

Nokia Technologies is basically a startup company within the large Finland-based Nokia Group. Based in Sunnyvale, Nokia Technologies was created two years ago with the mission of figuring out how Nokia, which had just sold its mobile handset business to Microsoft, could get back into consumer technologies.

It was assigned 30,000 Nokia patents that generate $800 million in annual revenue for the unit. It also had 800 employees, mostly engineers. And it hired Haidamus, who was then enjoying a successful run at Dolby Laboratories, to figure it all out.

In his two years there, Haidamus created a Digital Media business whose first product was the Ozo, a virtual reality camera.  Next, he created the Digital Health group, which acquired France’s connected health company Withings for $192 million earlier this year.

It’s a very complicated deal: HMD is separate from Nokia Group and Nokia Technologies, but it is run by a former Nokia executive.  HMD struck a deal with both Nokia Tech and Microsoft to gain control of the brand name, but neither Nokia Group nor Nokia Technologies will have a hand in building or designing the new gadgets.

All of this seemed to have Haidamus quite excited about the future of his fledgling group when he spoke to VentureBeat this summer. In the press release today, Haidamus was not specific about his reasons for leaving.

“What was originally a collection of interesting assets is now a focused, growing and profitable business with a strong leadership team,” said Haidamus in his statement. “Given that progress, now is the right time for me to explore new opportunities to pursue my passion for building and transforming businesses. I am proud of what we have accomplished at Nokia Technologies and look forward to seeing the business continue to grow and thrive.”