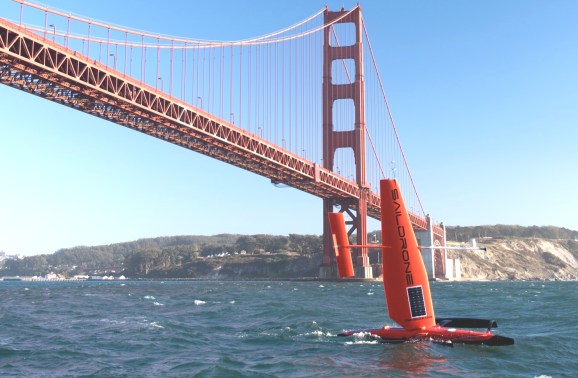 Autonomous ocean drone startup Saildrone has raised $14 million in a Series A round led by Social Capital, with participation from the Capricorn Investment Group and Lux Capital.

Founded out of Alameda, California in 2012, Saildrone serves up a fleet of wind-powered autonomous seafaring drones capable of collecting myriad data from the world’s oceans. There are countless use-cases for the technology, including protecting coastal borders or tracking ocean acidification, a key marker in global warming. They could also be used to detect early signs of oil spills, or to follow marine life, such as tagged sharks.

Today’s funding news represents Saildrone’s first notable outside VC funding, though it had previously secured some funds from The Schmidt Family Foundation, which was set up by former Google CEO Eric Schmidt and his wife Wendy. The company says it will use the fresh cash injection to expand its fleet of drones and associated data-gathering services, as well as to scale its operations commercially.

“Data collected by the Saildrones will not only transform the understanding of our oceans but will also bring insight into issues like weather, fish populations, ocean acidification and climate change — processes that will affect every person on this planet,” explained Saildrone CEO Richard Jenkins, in a press release. “Understanding these processes, and their rate of change, is crucial to our economies and ultimately, our survival.”

Jenkins actually broke the wind-powered world speed record back in 2009, hitting the giddy heights of 126.1mph in a car on the plains of Ivanpah Lake, Nevada. In the wake of that landmark moment, the British engineer applied the same technology to the drones his company offers today.

The company embarked on a “proof of concept” journey from San Francisco to Hawaii in 2013 before converting the vehicles into machines capable of capturing measurements from the oceans. The company says it has now traversed more than 60,000 nautical miles across the Pacific and Atlantic Oceans, as well as the Bering Sea and Gulf of Mexico.