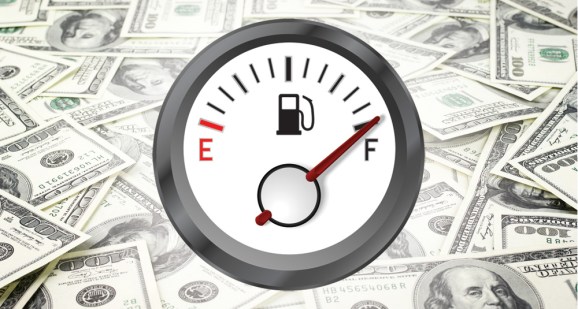 Time flies when you are having fun and going through the roller coaster ride of startup life. It’s been seven years since I wrote my “Startup Fundraising 101” article here at VentureBeat, and I still get emails on it, so I thought it would be a good time to revisit and update this article. Since then I’ve suffered through another startup, launched an accelerator and invested in 56 companies, and launched a global seed fund and invested in 59 companies across 5 continents.

I’ve incorporated my new perspective as a venture capitalist into this update, but I have to state that being at a “startup” fund is not that much different from my prior startup experiences. Anyway, especially for you first-timers, here is my walkthrough of “Startup Fundraising 101” — along with my slides.

This step is typically the first step that separates you from the pack. It distinguishes those who sit around with an idea from those who move to action. Are you able to put together a solid team? Are you able to convince engineers to work with you? Or a top product manager or designer? I often hear, “I just need to find a good engineer to work with” or “How do I find a technical cofounder?” If you aren’t an engineer yourself, then this is the first big step you have to work out.

Last, know that bad team chemistry is the downfall of many startups. If you don’t trust your partner and his or her skills, then don’t start the company with them. Generally, I would say splitting equity evenly among founders is the way to go. My viewpoint on splitting equity evenly is more flexible than Y Combinator’s Michael Seibel’s, though, such as when one founder goes full-time a year before others. If there is major squabbling over equity and nitpicking on what each person brings to the table, then it’s just a red flag from the beginning that trust is lacking. Trust really is essential to starting a new company with others.

How Much Capital Do You Need?

You frequently hear warnings about raising too much capital, and I’ve been there. At my second startup we raised a $7.5 million seed round and we were like pyromaniacs with money. This is where I truly learned that money for entrepreneurs burns faster than paper soaked in gasoline.

Contrary to this, I would focus on what I call “funding to fail”. Many entrepreneurs that raise seed or Series A rounds think they have more than enough runway. They assume they will not pivot or, worse, think they will become profitable with this capital. That rarely happens. I typically say add a 30% buffer to your financial projections, but nowadays I would recommend 50%. Finally, assume that, when you hit the fundraising trail, it will take you at least 6 months to close your round. So plan ahead.

Who is Your Ideal Investor?

Research a potential investor’s portfolio, too. Yes, it’s about the race to execution, but why give your competitors intelligence? I’ve had VCs who forgot to tell me about their competing investment, and I’ve seen their company take paragraphs directly from our business plan. I’ve had a corporate VC meet and ask for our documents, then close an investment in our competitor three weeks later. Doesn’t due diligence alone take a few weeks? The world of venture capital can be shady and unethical.

To Party or Not to Party?

“Party rounds” — rounds with no lead investor or fixed amount — have become more common over the past few years at the seed stage. There has been some backlash and criticism. Unfortunately, in many situations, you end up leaderless, but we have seen many others where minor investors still step out and help out the company. There are some false assumptions about party rounds and their lack of success. CB Insights’ research discovered that party round follow-on rate was 53% versus 39% of non-party round startups.

Our team’s view is somewhere in the middle. We definitely do not think a startup’s seed round should have one single investor or one who takes the vast majority of the round. Once a startup needs additional financing or gets into trouble, they are beholden to this single investor’s terms, which we have never seen turn out well for an entrepreneur. They have invested too many marbles into your company and become too controlling, regardless of how deep their pockets are.

We don’t like party rounds of 10, 20, or more investors. We prefer a round somewhere in the middle: ideally, two larger investors and a few smaller checks in the round where all of them are known to be active. For a $2 million seed round, it could be two investors for $700,000 each along with two investors for $300,000 apiece.

How much capital do you really need to last you 18 months? Will this amount easily allow you to hit milestones to raise your Series A or Series B? Then go find your lead and work from there. Never set your valuation, but have a potential lead give you an offer to work from.

So you negotiate and agree upon a pre-money valuation of $5 million with some VC for their $1 million investment. This means you have a post-money valuation of $6 million. 1 divided by 6 is 16.7 percent — what you would be giving up — which is a typical seed round scenario.

Most VCs will demand a 20 percent stock option pool at the Series A. You can push back if you believe your company’s growth projections don’t warrant that amount of the pool.

Be aware of how your valuation is affected since most company shares are diluted before the new investors. A 20 percent stock option pool will create new shares and an adjusted valuation. If you’re Ev Williams, you can have the new shares issued after the VC money comes in for the creation of a 20 percent stock option pool; otherwise, expect the dilution.

What story do you want to convey? Your passion for your product and problem you want to tackle? How you and your cofounders came together to change the world?

Remember that part of proving your hustle as an entrepreneur is getting those meetings with investors. If you can, I would stagger your meetings with your secondary targets first and then your primary investor targets last. Practice, get feedback, and get better as you go along the fundraising trail.

Be prepared to answer questions and answer them well. Know your product, space, and company, but if you don’t know, just tell the investors that and get back to them as soon as possible.

Many entrepreneurs lose sight of how to manage their cash and burnrate, so don’t be like them. Know all your expenses. Don’t spend on a whim, and don’t hire ahead of your cash. Raise as much money as possible and value every penny, so you have more time away from the fundraising trail to build a world-changing company.

Bernard Moon is cofounder and General Partner at SparkLabs Global Ventures, a new global seed-stage fund, and cofounder of SparkLabs, a startup accelerator in Seoul, Korea. Follow him on Twitter: @bernardmoon.