Rich push notifications have been one of the most-anticipated features of iOS 10, due out this month. With these enhanced notifications, Apple is making the leap to gain parity with Android functionality, and marketers stand to benefit tremendously.

Rarely does Apple make an update to iOS that involves perks for both end users and marketers. With rich push notifications, marketers will be able to communicate with mobile app audiences in a more creative and interactive way, using photos, audio, and video. But that’s only the start.

Apple is revamping its notification system on multiple fronts, from the way these notifications are presented to the way users respond. To get a jump on the iOS 10 launch, mobile marketers and app development agencies need to align engineers, creatives, and analysts. Here’s a breakdown of the new powerful features and recommendations for adoption.

Get rich or die tryin’

Rich media means marketers can now add images, GIFs, and audio and video files to push notifications. These push notifications will appear as independent cards with a thumbnail preview — a visual departure from iOS 9, which was list-oriented. An added bonus is that push notifications can now be edited, deleted, or collapsed via message retraction, which will probably be the savior of multiple marketers this year.

While we’re expecting an explosion of cat and dog GIFs, we know that smart brands will be testing a wide range of rich media types, tone, and targeting. Retailers should consider pushing products personalized to individual customers and using rich media to showcase the product they are most likely to buy in multiple states (on its own, on a model, etc.). Publishers might use audio to give users a short summary of breaking news. Regardless of industry, you’ll want to book a meeting with your engineering team now to ensure that every stray cat GIF finds a mobile home.

Just like in iOS 9, push notifications in iOS 10 can appear in three states on a mobile device: on the lock screen, in the notification center, and at the top of active screens. New changes for end-users are subtle, but they have the potential to deliver strong increases in engagement for marketers.

For example, the unlocking mechanism in iOS 9 for iPhone 6s and 6s Plus was so quick that users would often bypass the lock screen and go directly to their Home screen. Now in iOS 10, users must press the Home button and authenticate via Touch ID (or a manual code), which adds an extra pause and puts the lock screen into view, giving lock screen notifications a fighting chance for engagement.

Apple will also introduce a feature in new device models that wakes the phone the moment it is raised, making lock screen notifications more prominent. Additionally, widgets are now removed from the notification center (but can be accessed with a swipe), which means less noise and more emphasis on notifications.

These updates give marketers just a few precious milliseconds in the spotlight. Rather than being bold with colors and branding on every push, it makes sense to test, measure and optimize a visual language that your mobile customers can recognize. Retailers might use a specific color and consistent headline for sales, discounts, and promotional messages. Publishers might create an approach specific to breaking news and another for features or subscription messages.

It’s the remix to ignition

Want to kickstart mobile message engagement? Check out iOS 10’s new actions embedded directly into the expanded detail view of rich push notifications. Marketers have room for up to four action buttons, which can be used for a mix of generic commands (think “confirm” or “snooze”), more complex actions like making a purchase without ever opening the app itself, and even an on-screen keyboard for replying to the message.

These actions inside push notifications provide a commitment-free way to interact with an app, allowing marketers to move all common tasks (think anything with a “yes or no” answer) into alerts. For messaging apps, this can completely replace the core app interaction, making it so users no longer need to open the app to converse.

While marketers may see a dip in open rates on a campaign level, at the cohort level, we expect that they’ll experience a meaningful lift in long-term conversion and see decreased in-app deletions. Given that only 10 to 40 percent of push notifications are opened (with metrics declining each year), marketers can leverage this and the many other new features for iOS 10 rich push notifications to increase engagement rates and build and retain their app audience and loyal customers. 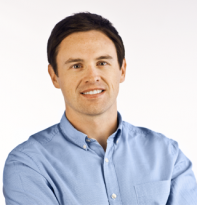 Guy Horrocks is General Manager of Mobile at customer retention company Sailthru and founder of Carnival.io, a Sailthru company. Prior to starting Carnival.io, he founded iPhone app company Polar Bear Farm in 2007, helping pioneer the “Jailbreak” market. He also co-founded a mobile app development agency, launching over 120 apps, including over 70 featured by Apple, and 12 #1 apps in their categories or overall.