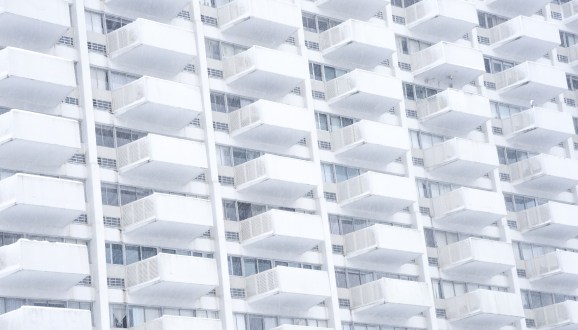 The “venture recession” of 2016 is in full swing. Combined with the usual summer slowdown, some are already raising the spectre of 2001 or 2008. Recession or not, what is universal is the bewilderment of many entrepreneurs on how negative VCs have become over the past nine months after almost five years of non-stop cheerleading.

As an entrepreneur on the other side of that table many moons ago, I always wondered the same thing – how the venture investment cycle goes from cold to hot to cold again with almost zero connection to the actual fundamentals of the companies seeking funding.

These days, it’s hard not to feel like VCs have quietly evolved into a herd of sheep — or worse, a pack of lemmings scuttling towards a cliff.

Just six months ago, VCs were publishing white papers extolling the virtue of non-bank lending startups, but now no one will touch them with a 10-foot pole. Whatever happened to IoT after Nest? 3D printing was going to revolutionize manufacturing until it stopped at Dungeons & Dragons. Let’s not even get started with “on-demand” or “subscription e-commerce.” It’s actually hard to find an investment thesis that was hot in 2014 that hasn’t had a corresponding disillusionment today.

Though understandably frustrating for entrepreneurs, based on my years as a VC, seeing the collective cold feet is actually an understandable, even condonable part of the investment cycle. Consequently, entrepreneurs need not feel so lost in the woods.

The expected lull between “seed” and “harvest”

First, realize that the venture business has cycles of 7-10 years simply based on the fact that almost all venture funds have a legal lifetime of the same duration. We make investments in years 1-3, we hope to make money back in years 7-10. So when an investment thesis becomes popular, when a new technology becomes available, when a new media consumption platform becomes dominant, if we believe in the trend, we have to “seed” an investment within the first three years and hope to “harvest” 5-10 years later. As a result, it is much easier for an entrepreneur to get funded in the first years of any given category or trend than the latter years. AR/VR was hot for a couple of years, but now that every VC has made one or two bets in the category, they are now in the lull between “seed” and “harvest” and less likely to make new investments in this category until they see some monetary returns.

Betting on the wrong horse

Furthermore, the venture “business” is a business of making money off outliers. Normal distributions do not exist; standard deviations are meaningless. Out of hundreds of daily-deal companies funded, one or two became long-term businesses. Out of hundreds of social networks launched, only one changed the world. Out of thousands of e-commerce companies founded during the dot-com era, only a handful still exist today.

Hundreds of companies get funded because there are hundreds of venture funds. Only 1-5 percent of companies end up succeeding because you not only have to be right, you have to be smart, you have to be lucky, and you have to do that a million times over seven years to win. But when you win, the outcome is gigantic, so the expected value still works. So, every VC piles into “social” because they want their Facebook (and the expected return math seems to work in their favor). But 2-3 years in, most realize they don’t have a Facebook, so they pile out of the category. The investment thesis wasn’t wrong – it’s just that they bet on the wrong horse. The average (or even above average) horse never wins.

I also believe that the ebb and flow of the venture investment cycle has been exacerbated by the recent vertical integration of early, growth, and even late stage venture funds. Why should a public market downturn determine an investment in a startup that has seven to 10 years to go before it can even think about an IPO? It didn’t matter as much previously because venture funds used to specialize in taking different risks at different stages of a startup’s life cycle – technology risk, market acceptance risk, scaling risk, profitability risk, etc. But many of today’s billion dollar venture firms invest in four-person startups as well as pre-IPO startups with thousands of employees. As a result, any public market downturn will immediately impact unrealized returns of the fund they are managing due to the late and growth stage companies in their portfolio. Financially, they have to reserve capital to support large portfolio companies that account for big portions of the portfolio and thus make less early stage investment. Emotionally, they are less likely to be excited about a new investment when they have companies they need to fix. As a result, when the public markets turn south in general or in a specific category, early stage entrepreneurs feel the impact almost immediately.

The road ahead for entrepreneurs

To make it through these downturns, entrepreneurs can make sure they have capital efficient business models and lean operations to get to, or close to, profitability between stages. Controlling your fundraising destiny through having efficient fundamental business metrics means you can ride out any slow cycle and eventually get people to love your business for itself rather than factors outside of your control.

Regardless, if you really want to ride the wave of a new trend, don’t hesitate. Start building your company and fundraise right away. The “trough of disillusionment” coming from VCs will be waiting for you at some point regardless. Yes, it’s a big risk because the market can turn at any time, but if you believe in your product, and if your customers see the value, stop worrying about VCs. Leopards will always have spots, and VCs will always be lemmings. The winners will chart their own path.

William Hsu is cofounder and Managing Partner at Mucker Capital.