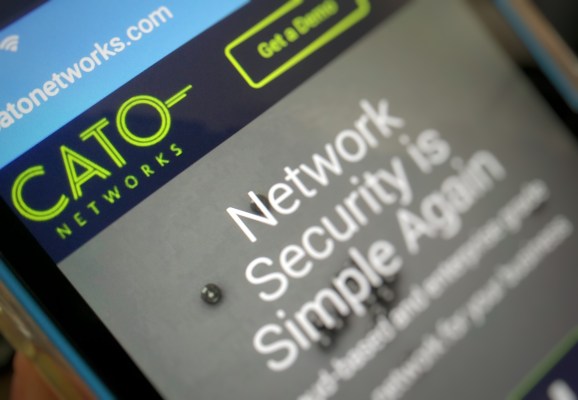 Cato Networks, a cybersecurity startup that offers organizations a cloud-based network security platform, has raised $30 million in a Series B round led by Greylock Partners, with participation from Singtel Innov8, U.S. Venture Partners (USVP), Aspect Ventures, and the company’s own founders, Shlomo Kramer and Gur Shatz.

Founded out of Tel Aviv in 2015, Cato Networks promises a “totally new way to cut the cost and complexity of legacy, on-premise networking, and security solutions,” according to CEO Kramer, a cybersecurity industry veteran and cofounder of IT security giant Check Point. He said that the company does this by serving up an “agile” and “scalable” cloud-based platform, which it refers to as “network security as a service” (NSaaS).

Today’s news comes less than a year after Cato Networks raised $20 million, and its latest cash windfall will be used to expand its product into new markets. The raise also underscores the growing appeal of cybersecurity services in the venture capital realm, as more companies migrate their operations to the cloud. A few weeks back, LogRhythm closed a $50 million financing round for a platform that detects and prioritizes the “neutralization” of online security threats.

Other notable cybersecurity funding rounds this year include StackPath, which grabbed $150 million; PhishMe, with $42.5 million; SafeBreach, with $15 million; Cylance, with $100 million; Bay Dynamics, with $23 million; Post-Quantum, with $8 million; Darktrace, with $65 million; and SecurityScorecard, with $20 million.

Cato Networks’ Series B round also coincides with the general availability of its cloud service after an extended beta period.

“With the general availability of the Cato Cloud service and the rapid global deployment of the Cato Cloud Network, enterprises can cut cost and complexity out of their IT infrastructures while improving security posture and enterprise agility,” continued Shatz, who serves as CTO of Cato Networks. “The Cato Cloud is currently in production with our first global, multi-site corporation, and we are running concurrent pilots for different use cases across dozens of organizations.”