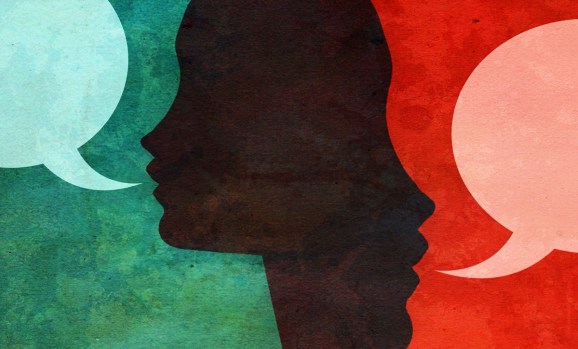 In At Home: A Short History of Private Life, author Bill Bryson calls the servants of yesteryear “a class of humans whose existences were fundamentally devoted to making certain that another class of humans would find everything they desired within arm’s reach more or less the moment it occurred to them to desire it.” The same is true of conversational commerce, except the instant gratification benefits not just the lords and ladies of Downton Abbey and their ilk, but average joes as well.

Conversational commerce, a term popularized by an Uber executive, originally referred to the intersection of messaging apps and shopping. But it can be so much more. And unlike other technologies that entered the marketplace with a lot of hype but never quite lived up to it, conversational commerce isn’t just another passing fad. Here’s why.

Conversational commerce is that rare technology that creates two-dimensional excitement: Companies see it benefiting their bottom lines, and consumers want it anyway. That fact alone puts conversational commerce ahead of many other technologies that, while still compelling even today, haven’t taken off as expected.

Take interactive voice response (IVR). As far back as the 1970s, when the technology was nascent and awkward, businesses immediately saw how IVR could curb costs — mostly through reductions in call center staffing — and figured the technology would appeal to consumers in a rush for answers. It didn’t exactly work out that way, at least at first. Customers became confused by menu instructions and frustrated by issues with timing, or the technology wouldn’t recognize words properly. IVR is still evolving, but some of those hurdles persist.

Executed properly, conversational commerce doesn’t have those hurdles. Customers want instant, smart answers. In fact, they demand it. If they can do it without ever having to talk on a phone, all the better. My daughter and niece visited me in Chicago a few months back and had to coordinate their journeys. Do you know how many times they talked on the phone to plan it? Zero. It was all texting. If that doesn’t illustrate the two-way benefits of conversational commerce as the next logical step in customer service and interactions, I don’t know what does.

Pick a sector, any sector

The universal appeal of conversational commerce extends far beyond individual businesses and their customers. The benefits can be felt in literally every type of business or enterprise, public or private.

Some sectors are obvious. Retailers are already using conversational commerce, and media and entertainment companies will be early adopters as the technology grows more sophisticated. The automotive industry should also be keen on conversational commerce, especially as the buying habits of consumers shift away from the traditional model of test-drive-to-buy. Travel- and transportation-related services, in general, are also natural adopters. But some not-so-obvious candidates emerge, too.

Government agencies, for instance, are ripe for a conversational commerce-driven upgrade. In most places across the U.S., learning your polling location requires you to search, then click, then click again, and then enter your zip code and probably your address. What if you could just send a text that says, “Where do I vote?” and immediately receive a response with the exact location? The same goes for other civic questions, such as “What day is recycling?” or “What are the parking rules in my neighborhood?”

The technology should also extend to utility companies. Instead of a long phone call or inexact internet research, a quick text should elicit an answer in seconds to “How much will my electricity bill go up if I install a second freezer?”

Time is on our side

For the end consumer, the most important thing conversational commerce does is save time. If I can send a text asking when annual health care enrollment starts instead of having to fumble around a website for 25 minutes, I’ve just saved those 25 minutes. Done correctly and intelligently, conversational commerce provides the answer these customers are already looking for — literally and figuratively.

As far back as 2011, Gartner predicted that customers will manage 85 percent of their relationship with an enterprise without interacting with humans by the year 2020. Conversational commerce and chatbots are poised to be a big reason why, but we must avoid the sins of the past. When the seismic shift from websites to apps began, we never realized we’d reach app overload, where consumers must constantly delete apps to save space on their devices. Conversational commerce will be deployed, but it must be deployed strategically. A healthy swath of transactions might never be solved by a quick text and an automatic reply, and that’s OK.

Someday soon, maybe by 2020, an author could be writing about a technology that lets consumers find anything they want the moment they desire it. With conversational commerce as a modern-day servant, we could all live like lords and ladies.