A new artificial intelligence-powered virtual assistant that helps people on the Autism spectrum organize their lives and stay employed will be available in iOS and Android app stores next month, according to Identifor CEO Cuong Do.

Do was one of more than a dozen speakers at the Intelligent Assistants Conference, a two-day event held Sept. 12-13 at the Palace Hotel in San Francisco.

Abby is designed to identify an individual’s interests and needs and to support a person on the Autism spectrum throughout the day. The virtual assistant uses artificial intelligence to learn the routines of users and keep their work, school, and social life on track.

“Abby becomes the personalized aide for you when mom or dad, aides, and other people are no longer around to help,” Do said. “We believe we can transform these lost lives to become productive lives and, dag gummit, we are going to do that, because my son’s life depends on this as well.” 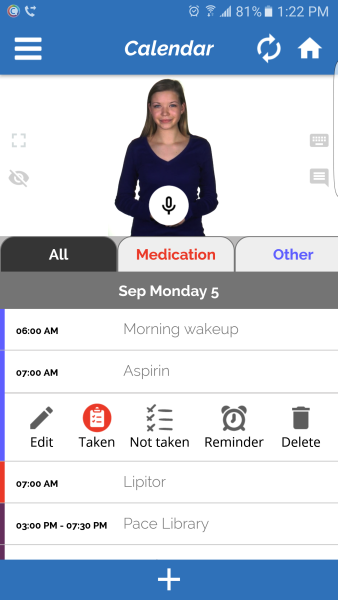 Above: Abby the personal assistant on the Companion app by Identifor

“Over this time, we became aware of what’s available and what isn’t available,” he said, “we built Identifor to go and help solve what we thought was the biggest missing thing, which is [to help] teenagers become adults and make them productive in life.”

In addition to the Companion app for teens and adults, Identifor games — available on the web and the two apps — focus on identifying the talents of each game player.

Skills and shortcomings identified from game play are then compiled in a dashboard. Do’s son, for example, is really good at music and has room for improvement in linguistics.

The dashboard draws on the work of Dr. Howard Gardner, whose multiple intelligence theory suggests that in place of a single IQ score, people possess a collection of eight intelligences, ranging from spatial to logical-mathematical.

The Companion app has tabs devoted to schedule, home, and medication, and it handles additional daily concerns, like money management, the weather, and routines. 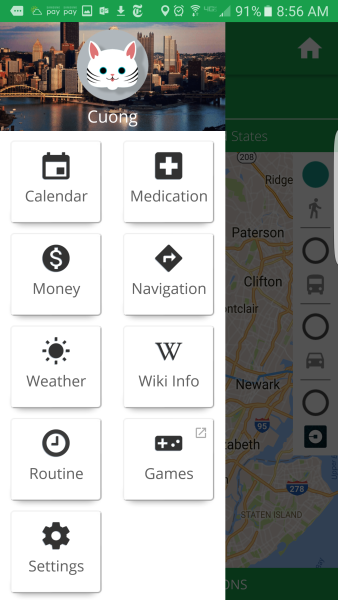 Above: Companion menu on Android

Do is not a typical entrepreneur. Identifor is actually his side hustle. His day job is senior vice president of corporate strategy at Samsung. Before that, Do controlled a $500 million investment fund at pharmaceutical company Merck.

“During the day I help run a $400 million group. During the nights and weekends, I help build this tiny little startup that’s been my focus the past few years,” said Do.

Identifor was made for selfish reasons, he said, but ask Abby or him and both will tell you that Identifor will always be free for those in need.

“We’ve set up a for profit C-corp and a companion nonprofit, and for those parents that are willing to pay for this, I’ll take your $95 annual subscription fee any day, thank you very much,” Do said. “And what we’ll do is use that subscription, we’ll put it through the nonprofit, and we’ll make sure that anybody who has a special need or anybody who has any need will get a copy, because we want to help as many people as we can.”

As part of Companion’s launch, special needs students at Pace University will begin to use it this semester, Do said.