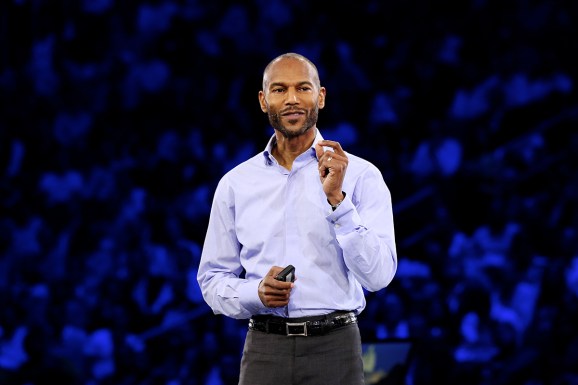 As promised, Salesforce has brought on board a chief equality officer, naming Tony Prophet, former corporate vice president of education marketing at Microsoft, to the post. The news comes just a couple of days after company chief executive Marc Benioff revealed the role.

Starting on September 26, Prophet will oversee all of Salesforce’s equality initiatives pertaining to gender, the LGBTQ community, racial equality, and other areas. He’ll have a direct line to Benioff.

“Salesforce has been at the forefront of making equality — not just diversity and inclusion — and the education and healthcare of our youth issues that every business needs to address,” Prophet said. “This is an incredible opportunity to have not just an impact at Salesforce, but more broadly in the tech industry and beyond.”

Earlier this week, the Salesforce CEO said that he had opted to have someone on his senior staff oversee these efforts rather than farming out responsibility to the different functional divisions within his organization. “I can be assured that we’re fighting for equality across the whole planet,” Benioff said.

“I think that everybody knows that we’re in a global situation where inequality is on the rise, and everyone has their own opinion about how to handle it. And it’s something that’s on my mind a lot,” he said on stage at TechCrunch Disrupt.

Prophet has spent the past two years at Microsoft, where his role included overseeing the Windows and Search marketing efforts. While there, he was also the co-executive sponsor of Blacks at Microsoft and the founding executive of BlackLight, a group for black marketers. Prophet has a strong background in the the corporate world, having also worked at HP, United Technologies Corporation, Honeywell, and Booz Allen Hamilton.

He also serves on the board of directors for publisher Gannett and is the chair of its transformation committee.

He’s described as being a champion for human rights and social justice, paying particular attention to the rights of young workers, educating female workers in developing countries on health issues, improving schools for children of migrant workers, and addressing the root causes of migratory worker flows. Prophet and Benioff certainly have similar passions in that both care about education, children’s healthcare — Benioff has a San Francisco hospital named after him — and more.

Working toward a more equitable world isn’t new for Salesforce. Whether it’s working on the 1% pledge, reducing the gender pay gap, or combating discriminatory laws in states across the U.S., the company has been actively campaigning for people’s right to be treated fairly. Salesforce has even established a 501(c)3 public charity called Salesforce.org, which, to date, has supported 28,000 nonprofits, counted almost 2 million hours of service from employees, and given away $130 million in grants.