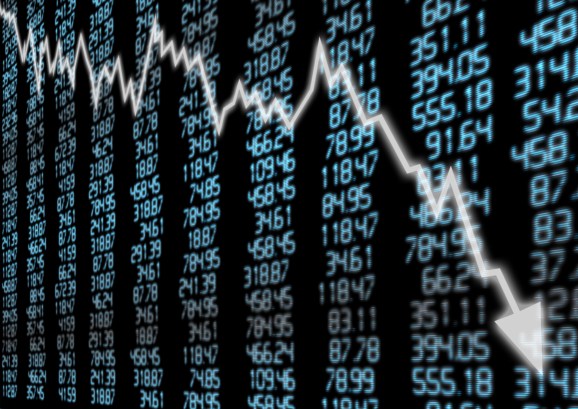 But these newsmaking never-happeneds pale in importance compared to what appears to be the most significant non-event of the year: the widely predicted, much dreaded tech market crash of 2016.

The holiday decorations had barely been put away when the Dow suffered its worst-ever four-day percentage loss to begin a year and the Nasdaq got off to its poorest start since the Year That Shall Not Be Named (2000). That, as well as signs of an increasingly frosty venture capital environment, led many to believe that “Dotcom Crash: The Sequel” was only a matter of time.

Though only five technology companies had gone public this year as of the end of July (following a dismal 2015, when tech IPOs plunged to a six-year low), it’s expected that more unicorns — young tech companies with valuations topping $1 billion – are about to bust loose and make their debuts in the public markets.

The upswing has even managed to defy the election year effect, when political uncertainty can cause market volatility.

So what happened, or rather why hasn’t what everyone thought would happen not happened?

Aside from any macroeconomic trends that are propping up conditions, I think there are three reasons specific to the tech industry.

Facebook isn’t Pets.com. One of the main contributors to the turn-of-the-millennium tech crash was irrational exuberance over the likes of Pets.com, Webvan.com, eToys.com and other dotcom duds. Today, a much different sort of company serves as a guidepost for the sector’s performance – maturing, born-on-the-Internet high-flyers like Facebook, Amazon, and Salesforce.com.

What this means is that there should be no doubt about the viability of the spaces these leaders occupy — social media and mobile engagement, online commerce, and software as a service – and the fertile business opportunities in those areas as a whole.

The performance of these bellwether companies gives people good reason to feel confident in the health and growth prospects in these and other tech spaces, as well as the underlying business models supporting them. Not exactly the kind of mentality before a crash.

Not all our eggs are in one basket. Rather than the tech sector’s fortunes riding heavily on one part of the market — consumer dot.coms, for example — today the action extends across a range of B2C and B2B companies, from the social web to cyber security to data center software to marketing automation software.

Monolithic markets – whether the dot.coms of 2000 or the Dutch tulip mania of the 1600s – are the ones that tend to crash hard. It’s difficult to lose faith in a more diverse market if, say, one sector is showing weakness but others are doing fine.

Greater caution. To be sure, speculation is still endemic to Silicon Valley. Too many investors remain willing to over-inflate startups’ valuations in hopes of a big future payoff. Too many startups burn through cash and treat profitability as an alien concept. However, more seem to be practicing discipline these days.

You could think of it as a positive byproduct of crash fears: Companies have been more likely to keep a close eye on the financials, not just spend money because they can.

Another effect is that more enterprise software-as-a-service companies (who, as mentioned, make up a key sub-sector) have learned that their entire business rests on customer retention rates, and many have doubled down on keeping customers happy.

Never say never, but as we enter the home stretch of 2016, all indications are positive that things will continue to go swimmingly for the tech market and the crash of 2016 will prove as real as the Y2K Bug.