The Chan Zuckerberg Initiative, a company created by Mark Zuckerberg and Priscilla Chan to “unlock human potential and promote equality,” today announced Chan Zuckerberg Science, a $3 billion project that aims to cure, prevent, or manage “all diseases in our children’s lifetime.”

Mark and I believe that this is possible within our children’s lifetime. We are partnering with scientists, doctors, and engineers to help us achieve this goal … We’ll be investing more than $3 billion to achieve our collective vision.

“That doesn’t mean that no one will ever get sick,” Mark Zuckerberg later said. But the program hopes to eventually make all diseases treatable — or at least easily manageable — by the end of the 21st century. “Our society spends 50x more treating people who are sick than on finding cures. We can do better than that,” he said.

A press release from the Initiative says Mark Zuckerberg and Priscilla Chan will provide “at least $3 billion over the next decade to help jumpstart this work.”

At a distance, the project is reminiscent of Calico, Google’s high-profile, secretive, and often-questioned mission to solve death. 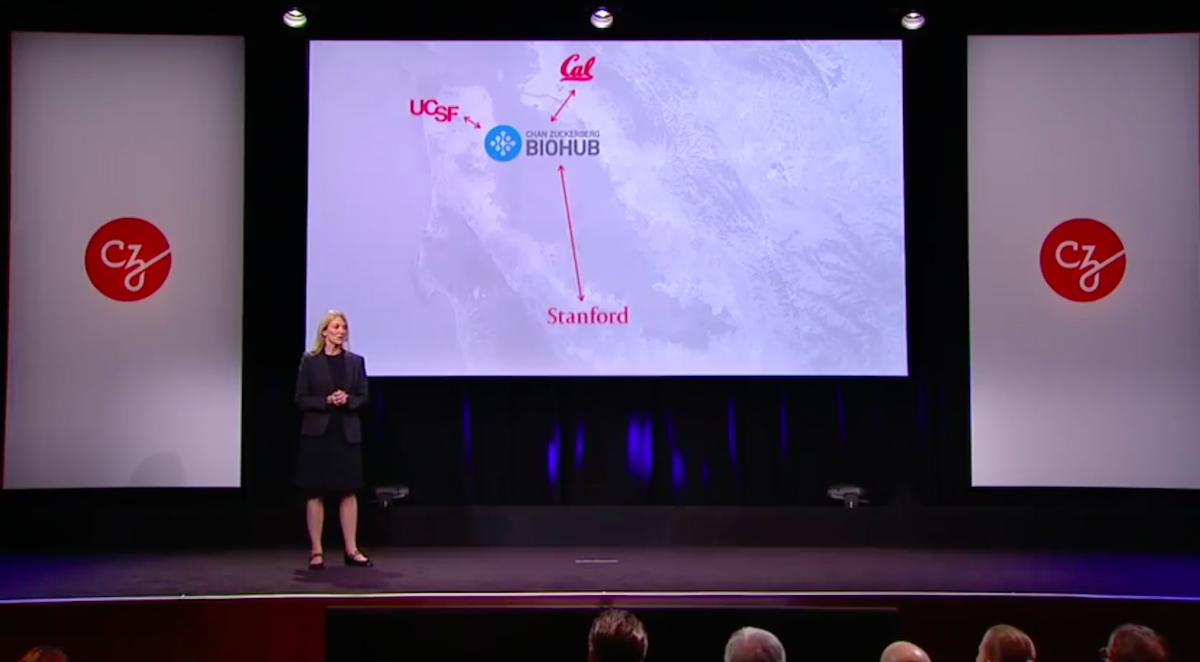 Above: Neuroscientist Dr. Cori Bargmann will lead the new initiative.

“The plan,” as Zuckerberg called it, is to “bring scientists and engineers together, build tools and technology, [and] grow the movement to fund science.” That plan includes a program called Biohub, a partnership between Stanford University, UC Berkeley, and UCSF that “will focus on understanding underlying mechanisms of disease and developing new technologies which will lead to actionable diagnostics and effective therapies.”

You can watch the full Chan Zuckerberg Science presentation here:

Bill Gates appeared on stage at the end of the presentation and, with a chuckle, called the initiative “very bold.” Gates has openly criticized Google’s Calico project in the past.

Gates later said, “I think all of us will be proud to say that we were here when Mark and Priscilla started this journey.”

The announcement today follows the Chan Zuckerberg Initiative’s investment in Andela, a startup that trains and outsources work to developers in Africa. The Initiative also recently backed a program that provides San Francisco Bay Area teachers with money for school supplies.