Facebook is rolling out two new features for its popular Messaging app, giving users in-chat polling and also testing out an intelligent way to detect when you want to send money. The latest changes will be available on both iOS and Android starting this week, but they’re limited to the U.S., for now.

One of the benefits of using a messaging app is the convenience of group conversations. But extended group chats can get overly complex. This is where polling comes into play: Facebook explains that “it’s often hard to get groups of people to make decisions and plans, from deciding what movie to go watch, what restaurants to eat at, which day to meet up for coffee, where to go on the next family vacation, and much more.”

This feature is only usable in group conversations, meaning the chat must contain more than two people. Anyone in the group can tap on the Polls icon that appears in the composer, or tap the More icon and select Poll. From there, enter the question and a series of answer choices. Facebook said that polls don’t have a time limit on them, so as long as you can find a poll, you can respond to it. 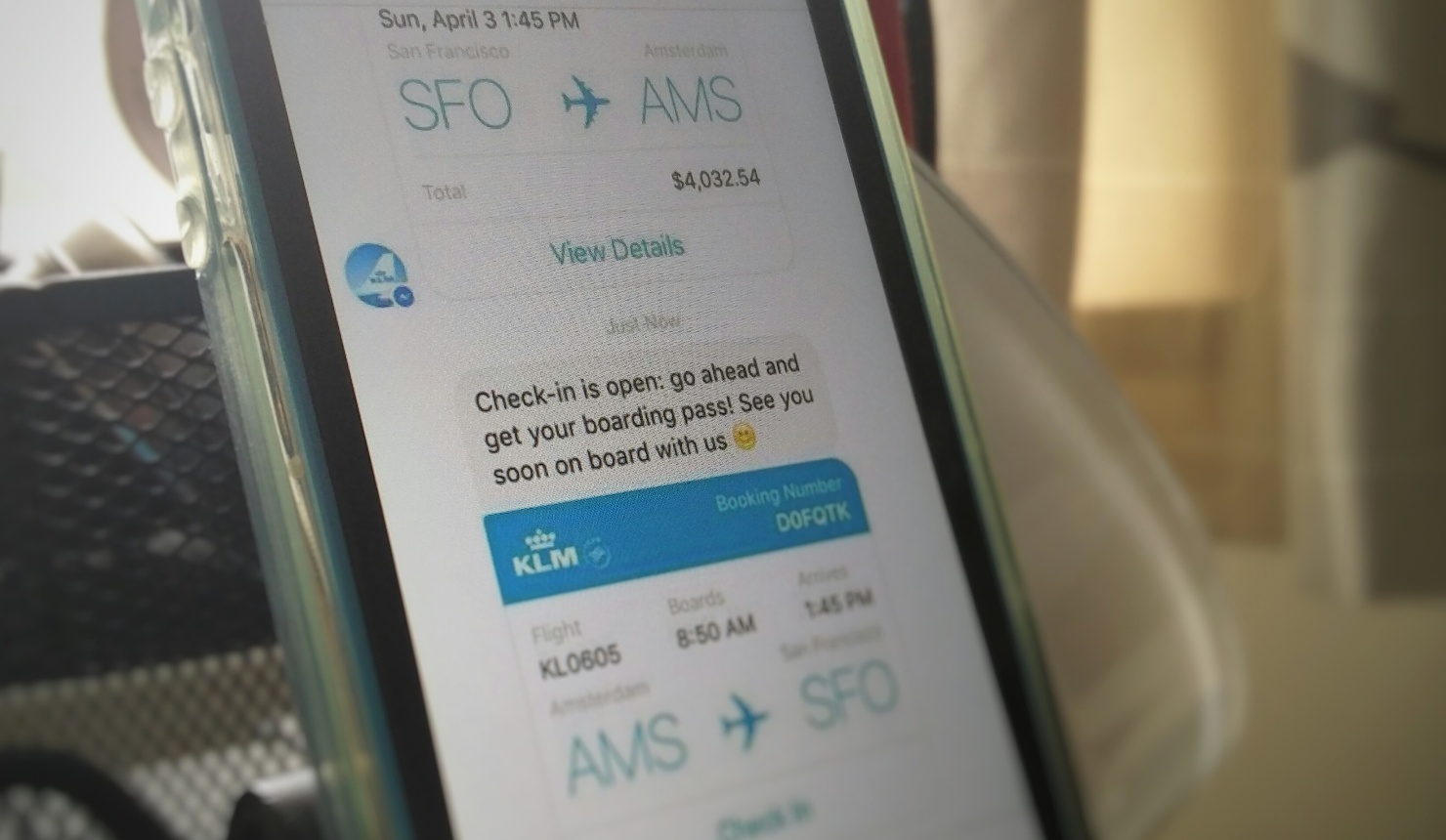 The company declined to disclose how many group conversations take place in Facebook Messenger, but it shared that this conversation type is something “people very much participate in.”

In-app polling comes less than a year after Twitter brought the survey tool to its platform. However, this isn’t the first time that polling been possible on a Facebook property — the social network had a polling feature at an earlier point.

Only those in the U.S. will have the ability to create a poll. Right now, the feature is limited to a small percentage of users in the country. If you’re outside the U.S., you’ll still be able to see the poll, but you’ll be prevented from participating, for now.

The second new feature involves Facebook’s Chat Assist feature, which has previously been used in Messenger’s integration with Uber and KLM. This machine learning technology analyzes the meaning and intent of words used in conversations. Now, the social networking company is experimenting to see whether it’ll help increase the amount of money exchanged within Messenger.

Above: Facebook is using its chat assist technology to find ways to help users send money through Messenger.

If you’re having a conversation and use the phrase “IOU,” for example, Facebook claims chat assist may display a link below the message that, when tapped, facilitates payments between you and whomever you’re chatting with. The company added peer-to-peer payments in March,and now the app has become a bit more intelligent in sensing the right time to enable these transactions. The idea is that users can quickly complete payment without leaving the app.

This system isn’t limited to one phrase, you can use something like “I’ll reimburse you $66” or “I need to send you 30 for the tickets” to activate this payment feature.

Although chat assist reviews conversations — something that has previously resulted in controversy for Facebook — it’s done by a computer, not by human beings. The company declined to disclose how many people make payments through Messenger, but this update can be construed as an effort to increase adoption. Facebook doesn’t charge a transaction fee — for now — and in-app payments are another demonstration of how integrated the app has become in our daily lives.

Like the polling feature, Facebook’s payment test is only available to those in the U.S.

Users need to update to the latest version of Facebook Messenger in order to take advantage of these two features.