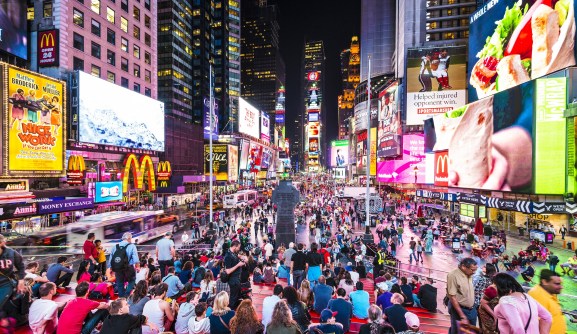 It seems like the bifurcation between adtech and martech is finally getting the attention it deserves, and like so many complicated and nuanced topics, it is being grossly oversimplified in the press.

In the relatively (for this industry) mainstream Wall Street Journal, an article titled Why Venture Capitalists Are Betting on Marketing Tech Over Ad Tech has been getting significant attention. While the debate over what constitutes martech v. adtech is not new, the expanded audience for the conversation is. And as the conversation expands and more of the vox populi gets involved, the less the conversation is becoming less nuanced.

Exhibit A from the Wall Street Journal on the differentiation between the two:

Advertising technology … companies have typically relied on “media-based” business models, whereby they collect revenue based on the volume of advertising they purchase and place on behalf of clients. They often sell to third parties in the ad ecosystem like marketers’ ad agencies, as opposed to the marketers themselves.

By contrast, many marketing tech companies have instead focused on selling software on a subscription basis, often directly to marketers. The recurring and relatively predictable software-as-a-service revenue model is often more attractive to investors because it’s less exposed to fluctuations in ad spending and other market dynamics.

Don’t get me wrong. This is a really interesting and thoughtful article. And to those deep in the game, it provides a very thorough and fairly in-depth primer to the machinations in our sector. If you’re in this industry right now, you want to be martech. But to assert that you are martech because of your billing model is ridiculous and specious reasoning.

What truly separates adtech and martech is more nuanced, and reducing that categorization to a billing model is a sacrifice the industry shouldn’t have to make. The difference between advertising technology and marketing technology relates to the very difference between what role marketing should play and what role advertising should play. And they have historically played completely different roles, despite being two sides of the same coin.

Advertising and its tech auxiliary, adtech, isn’t defined by its invoices. It is defined by its chief purposes: prospecting the unknown and brand building. Granted, there is some work doing cross-selling and up-selling by the most sophisticated brands – and that work is done via their agencies – but it’s rare. The more advanced and specialized agencies like Hearts + Science are blending both, but that isn’t happening in technology platforms.

With advertising, and with adtech, brands and marketers dive into the void of media and attention and begin prospecting and promoting awareness. This is sharply contrasted with marketing, which is defined by its precision and its known customers and first party data sets, and which is usually associated with its lack of scale.

Marketing implies continuing a relationship with a known person, rather than shots in the dark. Advertising is more transactional: driving impressions, click-through rates, frequency, etc. Marketing is more artisanal: reaching known people and pushing known data into systems that allow the brands and marketers to close the loop when it comes to measurement and attribution.

Measurement and attribution have long been the Holy Grail of digital, given that over 90 percent of items are still purchased in-store. Because marketing and its auxiliary martech use identity (whether an email address or a logged-in environment like Facebook or some other identity tied to a person, not a device) as its fulcrum, it’s able to push that data into systems that allow attribution and measurement in stores. It’s too early to say that cookies are just for advertising and that informed media (i.e, CRM and authenticated audiences) is just for marketing, but we are damn close to that being the future distinction between methods.

Martech allows you to build a relationship with the customer that leads to long-term success. It’s clear to everyone in the industry that this capability led to Unilever acquiring Dollar Shave Club for one billion dollars. Dollar Shave Club leveraged CRM data, the linchpin of identity and of martech, to create relationships with its consumers. In essence, martech turned a brand that sold mildly molded steel to shave faces, a technology that has been around since at least the Roman era, into a unicorn.

This is the difference between martech and adtech. Martech allows for relationships with people, with individual consumers. Those relationships empower things that are overly complicated in the cookie-based digital channel, things like measurement and attribution in stores. Adtech allows for massive prospecting, for building a base, for building a brand. That is the difference in valuation.

As our industry gets bigger and bigger, the conversations are no longer going to be confined to experts who grew up in this industry. On the one hand, this will be great: more people willing to embrace and understand the digital channel will mean more capabilities for the medium as a whole. And, frankly, more investment. However, with more neophytes getting into the game, there will be some inevitable dumbing down. One thing we can’t let happen is compromising the core terms and concepts of this industry. One of those core concepts is the differentiation between advertising and marketing. It’s simpler to think about the difference in terms of billing, but it’s just not accurate. The biggest difference is in the function: Adtech prospects the unknown, martech creates relationships with people that allow for attribution and measurement.

A good marketing effort needs both, but changing the billing model isn’t the way to do that.

Dave Helmreich is the LiveIntent Chief Operating Officer and manages LiveIntent’s strategic relationships. He has been at the intersection of identity, audience targeting, and media for over 10 years. Prior to joining LiveIntent, he was the CEO of Audience Partners, an advertising platform that helps marketers target media and advertising across a variety of digital channels.