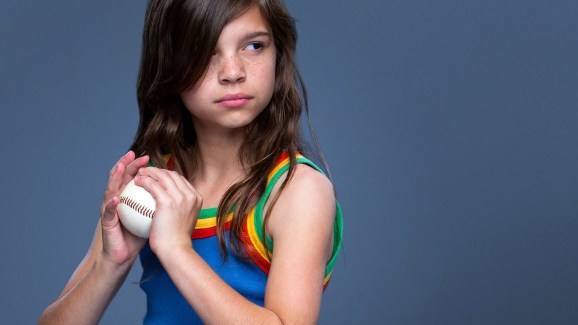 As the advertising technology world comes together in New York for AdWeek, and in the wake of #GamerGate and Twitter’s seemingly permanent problem with online harassment, an advertising study reinforces the scope of the problem.

A new study on “femvertising” released today — discussed during a panel at AdWeek — reveals that while the advertising world is making progress on the representation of women in ads, there is still some way to go.

The study shows that male attitudes toward some types of ad are still behind the times. In addition, the sheer amount of sexist content served by advertising technologies — such as content sharing networks like Outbrain and Taboola — are in danger of undoing the progress this report identifies.

The study by SheKnows Media took in responses from 4,000 women and men, a big increase over last year’s report, which had 600 respondents.

A first look at the study shows that while a huge majority of women and men (97 percent and 90 percent respectively) think advertising has an impact on how society views women, only 65 percent of men believe portraying women as sex symbols in ads is harmful. Among women, that jumps up to 90 percent.

Interestingly, less than two thirds of the women and men responding to the survey appear to feel that brands should be held accountable for pro-female ads. And yet, overwhelmingly, both sexes believe that how women are portrayed has a direct impact on girls’ self-esteem.

Why are we so comparatively weak on holding brands responsible? And if it’s not the brands’ fault, who is to blame?

“Unfortunately, in some categories, objectification of women still sells products effectively,” Skey told me. “So the whole marketing chain is responsible — the brand who determines that its brand equity includes objectification of women, those who design the advertising strategy, the media who accepts the ads, and ultimately, the consumer who responds positively to the ad despite the negative impact on women.”

Pro-female campaigns aren’t just about the fair representation of women: These ads make sense from a purely financial standpoint too.

Building deeper, more meaningful connections with women makes sense, since they are arguably the most important consumer demographic, controlling 85 percent of household purchasing decisions and heavily influencing the rest. And the lucrative Hispanic market, in particular, demands greater equality.

“Hispanic consumers, a population that is experiencing rapid growth in the USA, are particularly likely to demand gender equality in ads, and all of our survey responses indicate that consumer interest and concern in the matter of representation is increasing,” Skey said.

It seems, however, that progress is being made in representative advertising — for both sexes.

“The fact that 20 percent of the population we surveyed know the word ‘femvertising,’ which had zero awareness in 2014, is surprising,” Skey said. “Also, the degree to which men feel misrepresented in advertising had not hit our radar before.”

That is something Skey believes will change in the near future, in parallel with the improvements being made in pro-female advertising.

So while the study does offer some promise for the future in the form of better campaigns and heightened awareness of the issues, adtech is undoing that work. Via Taboola alone one billion devices every month — 800 million on desktop, and 200 million on mobile — are still being served questionable, clickbait-style links from content networks that only serve to exacerbate the problem. Until the adtech industry falls in line with the work being done at the creative level, we’ll won’t make real progress.

And remember, progress doesn’t just mean greater levels of equality, but higher revenues for everyone.

The full study is available via SheKnows Media (PDF).