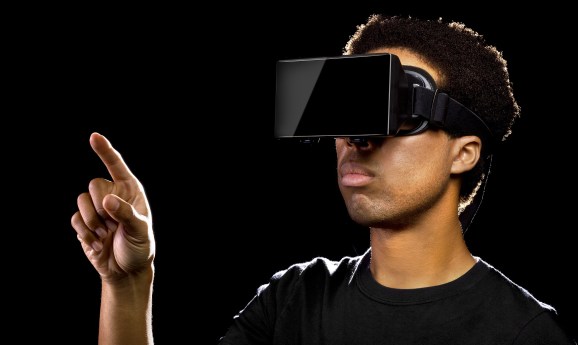 Online education platform Udacity has teamed up with a number of key players in the virtual reality (VR) realm to launch a course specifically for budding VR developers.

With the VR Developer Nanodegree, students will delve into 3D environments and learn how to make the VR experience immersive on both mobile phones and desktops. They’ll work on game engines, design and user interaction, performance and ergonomics, and more.

The program costs $199 per month, with 50 percent refunded upon successful completion. It was developed in conjunction with Google, HTC, and Upload, who will each contribute to the curriculum and have mentors on hand to give coaching and feedback to students. By default, all students will work with a Google Cardboard headset, which admittedly isn’t strictly “VR,” but which is an accessible and affordable option for viewing immersive content. Alternatively, those with access to a real VR headset, such as an Oculus Rift or an HTC Vive, will be able to pursue an extra track called “High Immersion VR.”

The program is the latest in a long line of courses offered through the partnership between Udacity and Google. The duo have previously launched programs covering Android fundamentals, cloud fundamentals, UX fundamentals, and web performance. Last year, they also teamed up to offer a tech entrepreneur nanodegree, which was followed by a deep learning course. And, back in June, they introduced a new Android Basics Nanodegree aimed at those with little or no programming experience. The course went on to become Udacity’s biggest-ever nanodegree launch, with 1,500 students enrolling in the $200/month course in the first week alone.

Founded in 2011 by Sebastian Thrun, a computer scientist and former head of Google’s “moonshot” Google X program, Udacity is one of many companies offering so-called massive open online courses (MOOCs) — courses open to an unlimited number of people on the web. It’s big business, which is why Udacity alone has managed to raise more than $160 million in VC funding, to date. The company celebrated five years in business earlier this year and claims that 11,000 people are currently enrolled in its nanodegree programs, while in excess of four million people have checked into one of Udacity’s free courses.

What’s becoming increasingly clear is that Udacity is setting out to offer courses in areas where it anticipates great demand in the coming years. Earlier this month, for example, it introduced a self-driving car nanodegree in partnership with Mercedes-Benz, Nvidia, and others.

The VR hype-train is certainly entering overdrive, with countless companies getting in on the act, from HTC and Facebook through to Google, Intel, and Huawei. This is having an effect on many facets of the entertainment realm, with movie theaters going into VR and Samsung recently teaming up with one of the world’s biggest amusement park operators to launch VR roller coasters. This summer, NBC and Samsung partnered to broadcast 85 hours of the Rio Olympic Games in VR.

Today’s launch comes less than a week after Google launched its VR SDK out of beta and unveiled a new program through which it will work with developers who are building applications for Google’s soon-to-launch Daydream mobile VR platform. For many, VR is the future, and to avoid any potential shortages in the talent pool, courses such as Udacity’s will be crucial.

“Even with more than 50 million installs of Google Cardboard apps on Google Play, these are still the early days of VR,” said Nathan Martz, product manager at Google VR. “Students who complete the VR Developer Nanodegree learn by doing, and will graduate having completed a portfolio of VR experiences.”