Designing 3D objects could be a lot easier when you’re working in 3D. That’s the premise behind Gravity Sketch, which is launching today as a virtual reality software tool that allows people to create three-dimensional computer models in VR. Its aim is to democratize art.

The London-based company, also called Gravity Sketch, is designed for everyone from computer-aided design (CAD) novices to modern industrial designers. It reminds me of Google’s Tilt Brush VR app, but Gravity Sketch looks like it’s a much more serious technology, and it lets you turn ideas into reality with 3D printing technology. The company is launching a Kickstarter campaign where you can preorder the app.

The hope is to revolutionize digital 3D creation and design by providing an immersive virtual reality experience that utilizes a powerful yet intuitive touch- and gesture-driven interface. The desktop and VR software join the company’s iOS application, released in the spring of 2016. 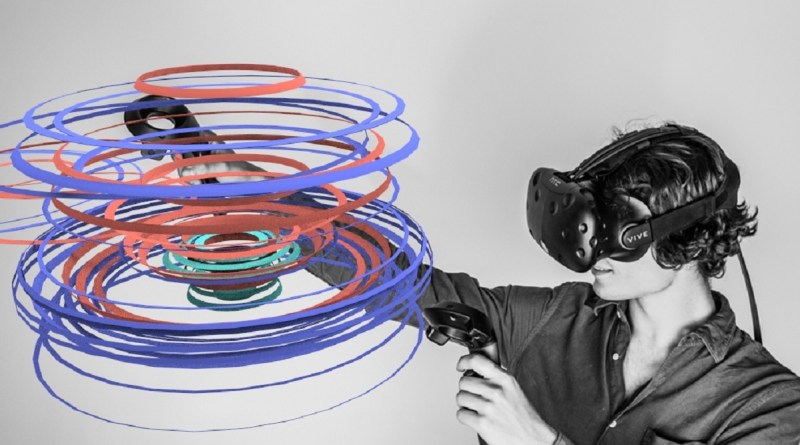 Using core geometric algorithms, Gravity Sketch allows for real-time creation and manipulation of complex 3D shapes, with little to no CAD training or onboarding. All strokes in Gravity Sketch have integrated 3D volume so they can be easily adapted to other software suites or directly to a 3D printer or 3D printing service.

It has a simple, icon-based user interface to enable an intuitive interaction layer between creator and design. Gravity Sketch also allows for co-creation among multiple users. Multi-platform capability provides a seamless experience between mobile iOS devices and tablets, Windows and Mac environments, and VR, using Oculus or Vive. Gravity Sketch was developed through years of research into spatial cognition and the creative process. 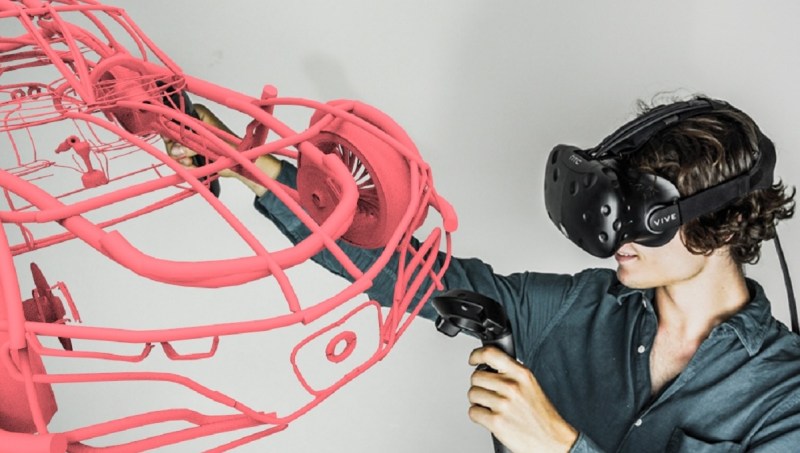 Above: Gravity Sketch lets you 3D print your creations.

“As we move towards native 3D design environments, 3D literacy will be incredibly important,” said Daniela Paredes Fuentes, Gravity Sketch CEO, in a statement. “With Gravity Sketch for desktop and VR, we will have limitless potential to make digital 3D design more intuitive and accessible for everyone.”

Gravity Sketch received an initial grant from InnovationRCA, with additional support from The James Dyson Foundation and UnLtd. Gravity Sketch mentors include Durrell Bishop and Scott Cohen. The company was started in 2014 by a team of graduates of the prestigious Innovation Design Engineering course at the Royal College of Art and Imperial College London.

The founders include Paredes Fuentes, Oluwaseyi Sosanya, and Daniel Thomas.