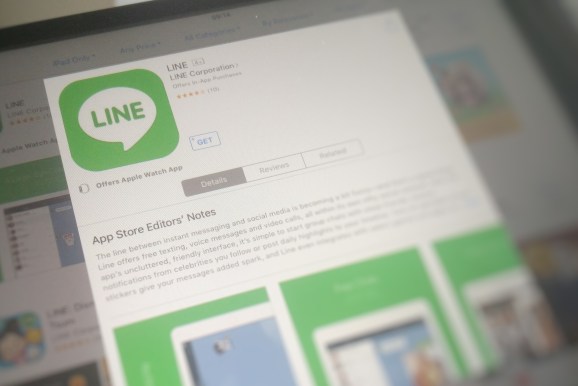 Hot on the heels of its dual IPO back in July, mobile messaging giant Line has revealed plans to synergize with local startups in the U.S. and Europe, as it seeks to expand beyond its four core markets in Asia.

Through a subsidiary, Line Plus Corporation, Line said that it will invest in two venture capital (VC) firms — DAG Ventures, based out of California, and a newly formed France-based VC firm call Korelya Capital. The latter was set up by Fleur Pellerin, who until this year served as the French Minister of Culture and Communications. By plowing money into these two funds, Line plans to indirectly gain stakes in smaller startups to “collect insights on trends and market conditions and build up its network within these regions,” according to a statement.

A subsidiary of South Korea’s biggest web operator, Naver Corp, Line grew to more than 200 million users through the popularity of its WhatsApp-style mobile messaging app, though the majority of its users are located in Japan, Thailand, Taiwan, and Indonesia. The company has struggled to grow in international markets, particularly in the West, where it faces stiff competition from the likes of Facebook. But that didn’t stop Line from going public back in July with a dual IPO on the New York Stock Exchange (NYSE) and Tokyo Stock Exchange. And two months after its inaugural trading price of $42, Line is doing pretty well, with its shares now at almost $50.

Founded out of Palo Alto in 2001, DAG Ventures has some notable investments under its belt, including Zynga, Yelp, GrubHub, Eventbrite, Mint, WeWork, BitTorrent, and Huddle. Though Line hasn’t revealed how much it will invest in DAG’s funds, it did announce that its investment in the new K-Fund 1 from Korelya Capital constitutes a 50/50 joint venture between Line and its parent company Naver — with both parties pushing in €50 million euros each, for a total of around $112 million (USD) between them.

Line is pretty up-front about its reasons for investing in these two funds, noting that it is currently “strategically focused on the four countries of Japan, Thailand, Taiwan and Indonesia,” a focus that has hitherto included its investment strategy. But looking to the future, it has now deemed it “necessary to perform forward-looking investment activities to ensure continuous information-gathering and network-building in regions like the U.S., Europe, China, India, where there is a high concentration of advanced tech companies.”

In short, Line is pushing hard to expand its boundaries beyond the handful of Asian countries that currently serve as its main market. And by aligning itself with up-and-coming startups, as well as more advanced tech firms, it’s hoping it can find synergies with its own business — as well as seeking out new services for its existing users in Asia.