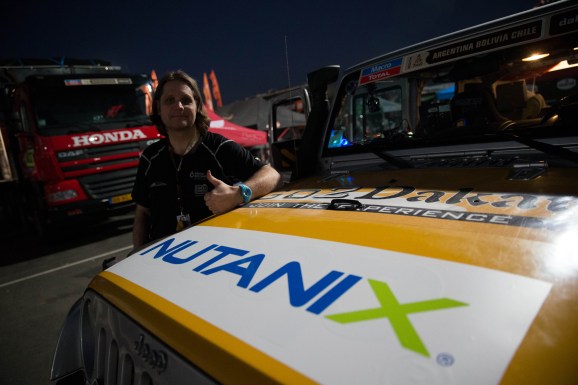 Nutanix is set to start trading on the NASDAQ Global Select Market under the symbol NTNX on September 30. Goldman Sachs and Morgan Stanley are the lead book-running managers in the deal, according to a statement.

Nutanix first filed paperwork for its IPO in December but held off on the proceedings for several months.

This is one of the bigger technology IPOs so far this year. Others that have gone out this year include Acacia Communications, Dell’s SecureWorks, Line, Talend, and Twilio.

Nutanix came up with a $168.4 million net loss on $444.9 million in revenue — mostly product, and the rest from support and services — in the year that ended on July 31. The company had 3,768 customers as of July 31, up from 782 two years prior to that. Customers include AT&T, Airbus, Deloitte, Staples, and Yahoo. Based in San Jose, California, Nutanix had 1,980 employees on July 31.