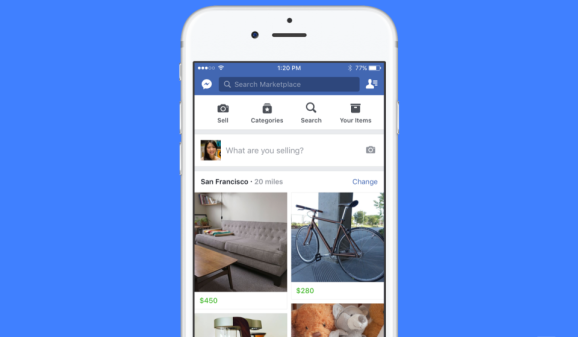 Facebook is rolling out a new service designed to help users buy and sell things in their local community.

Arriving first in the U.S., U.K., Australia, and New Zealand, Marketplace is an extension of Facebook’s existing For Sale groups feature, which the social network says is used by 450 million people each month. In a nutshell, Marketplace lets you search for things that people are selling nearby, which could be anything from furniture to books and electronics. 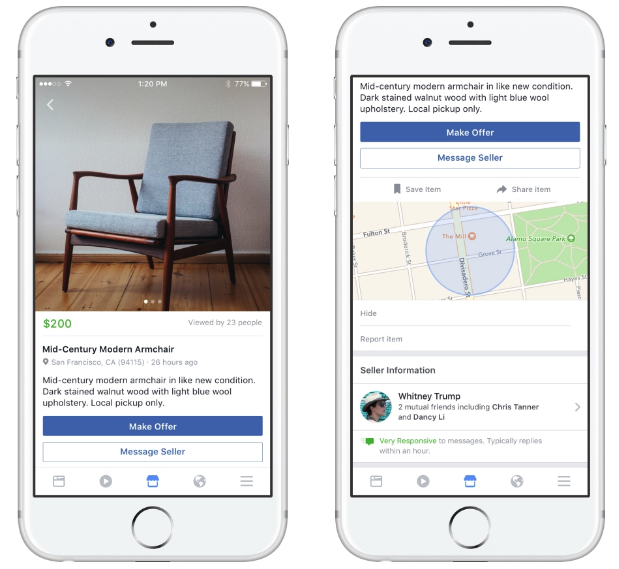 Available through Facebook on Android and iOS, Marketplace is accessible through the little shop icon at the bottom of the app. Inside, you’ll see a default grid of photos of items for sale nearby, and you can also search by keyword or category. Additionally, you can list an item for sale directly through the app.

The app also permits haggling, with would-be buyers able to message sellers and “make them an offer.” It’s worth noting here that Facebook doesn’t get involved in the actual transaction, so the payment will need to be made in cash, or through PayPal or an alternative digital payment system.

Marketplace is basically just like Craigslist — the perennially popular classifieds website that has been the default buy-and-sell platform for millions across the U.S. since 1995 — or like Britain’s eBay-owned Gumtree. Certainly, it makes sense for Facebook to make further moves into this space, as it has north of 1.5 billion users globally, and it could achieve real scale quickly. That Facebook is giving Marketplace a prominent, dedicated tab all to itself is also indicative of how important it deems this new service to be.

The new feature will be available in the aforementioned countries in the coming days, with additional markets added in the future. It will also be included in the desktop version of the app “in the coming months.”