Six weeks ago, Fitbit unveiled the Charge 2 fitness band at a media event in New York — complete with synchronized swimmers and volleyballer Gabrielle Reece. And every day since, I’ve woken up, strapped the rubber tracker to my wrist, and struggled to figure out what the heck I should say about it.

The Charge 2 is a big release for Fitbit; it’s designed to replace the company’s most successful product ever, the Charge HR. But for consumers, the device is mostly more of the same. That’s a good thing, if you already like Fitbits — or it’s bad, if you haven’t found a reason to buy one yet.

The Charge 2 is a purpose-driven device, and it looks it. The athleisure vibes are not subtle. The Fitbit aesthetic is probably something you already love or hate, and if you want your wrist-computer to shout “getting my steps,” this gadget is for you.

Like the original HR, the $150 Charge 2 tracks steps, checks your heart rate, and buzzes when somebody calls. It also includes some new features, like expanded workout tracking, breathing exercises, and (crucially) a larger screen. And, like other Fitbits, the Charge 2’s simplicity offers some advantages over complex, feature-packed smartwatches. For one thing, it isn’t a full-blown anxiety machine.

While casually testing the device’s accuracy with an iPhone 6, the Charge 2 roughly mirrored the distance tracking results I saw in other third-party mobile running apps, like Nike Run Club. The Verge, however, encountered more serious run-tracking issues, and Fitbit says it’s working on a fix.* To quote Lauren Goode, “activity trackers should be accurate trackers.” 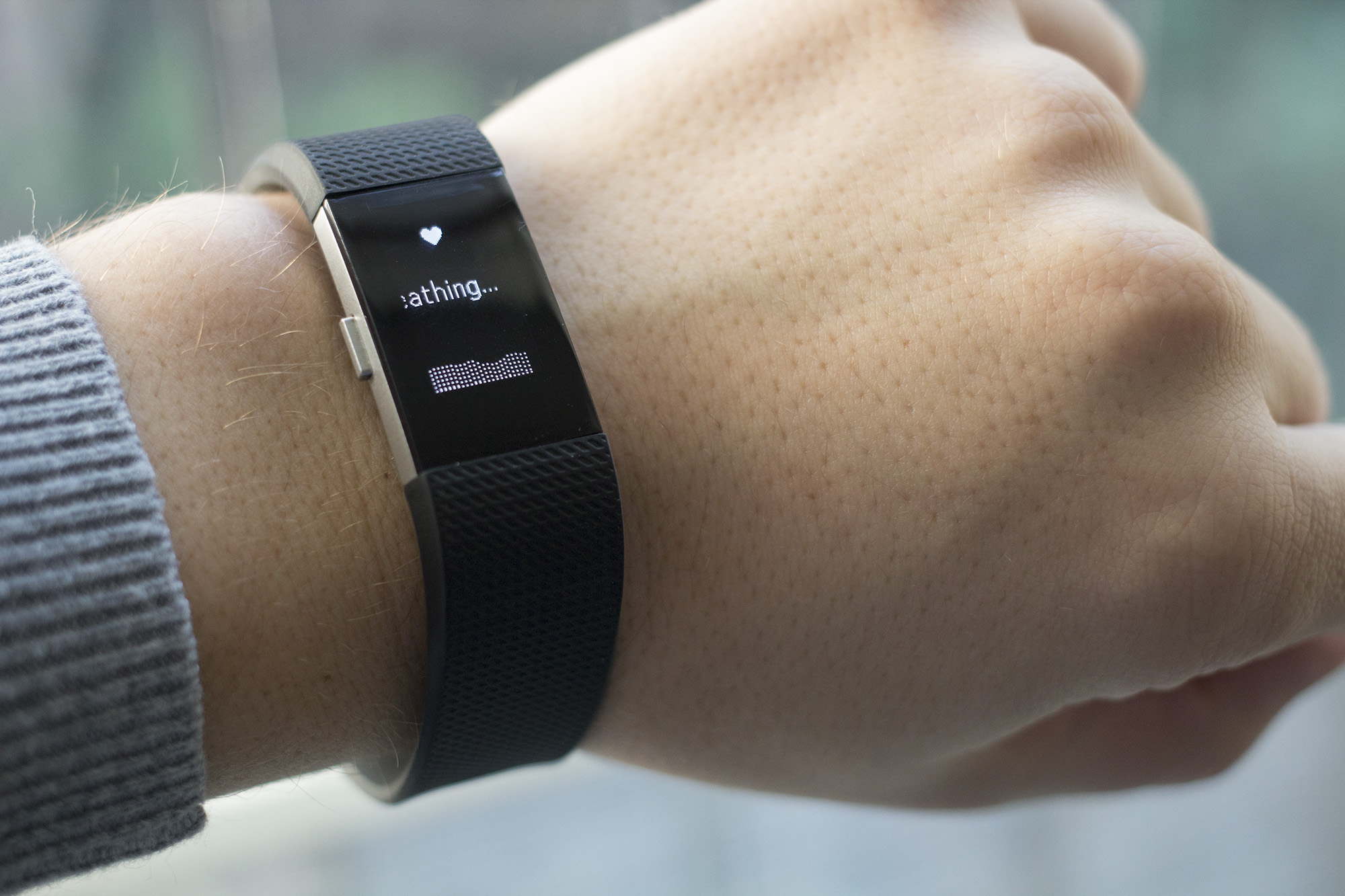 When the Charge 2 buzzes on my wrist, it doesn’t fill me with stress, because the band doesn’t know about my group texts, Facebook messages, emails, Twitter DMs, breaking news push notifications, or stock market alerts. And while the device pings me hourly as a reminder to not sit all day, the alerts are actually kind of charming.

“Today’s the day” the watch chirped one morning. Another day, “Left foot, right foot.” After I hit 250 steps one hour, when I wasn’t on track to do so, the Fitbit hit me with: “Solid stepping!” A human outline leaped across the screen.

This injection of personality is unusual (Fitbit calls it “Chatter”). Most fitness bands and smartwatches lack digital personalities by design (see: Withings). Others don’t strike the right balance — Fitbit never asks if I’m “having a sitting day,” like my Pebble Time. And it hasn’t blurted out “ARE WE RUNNING TODAY” in blocky all-caps, like Nike on the Apple Watch.

The Charge 2’s new personality is made possible by its larger screen. It’s four times bigger than the screen on the HR and original Charge.

The bigger screen offers another perk, too. While Apple fans dream of untethered Apple Watches, Fitbit has achieved something interesting with the Charge 2. For casual use, the watch tells you everything you need to know without a phone. From monitoring daily step goals to viewing my resting heart rate, most of my tracking needs are satisfied by the band itself. 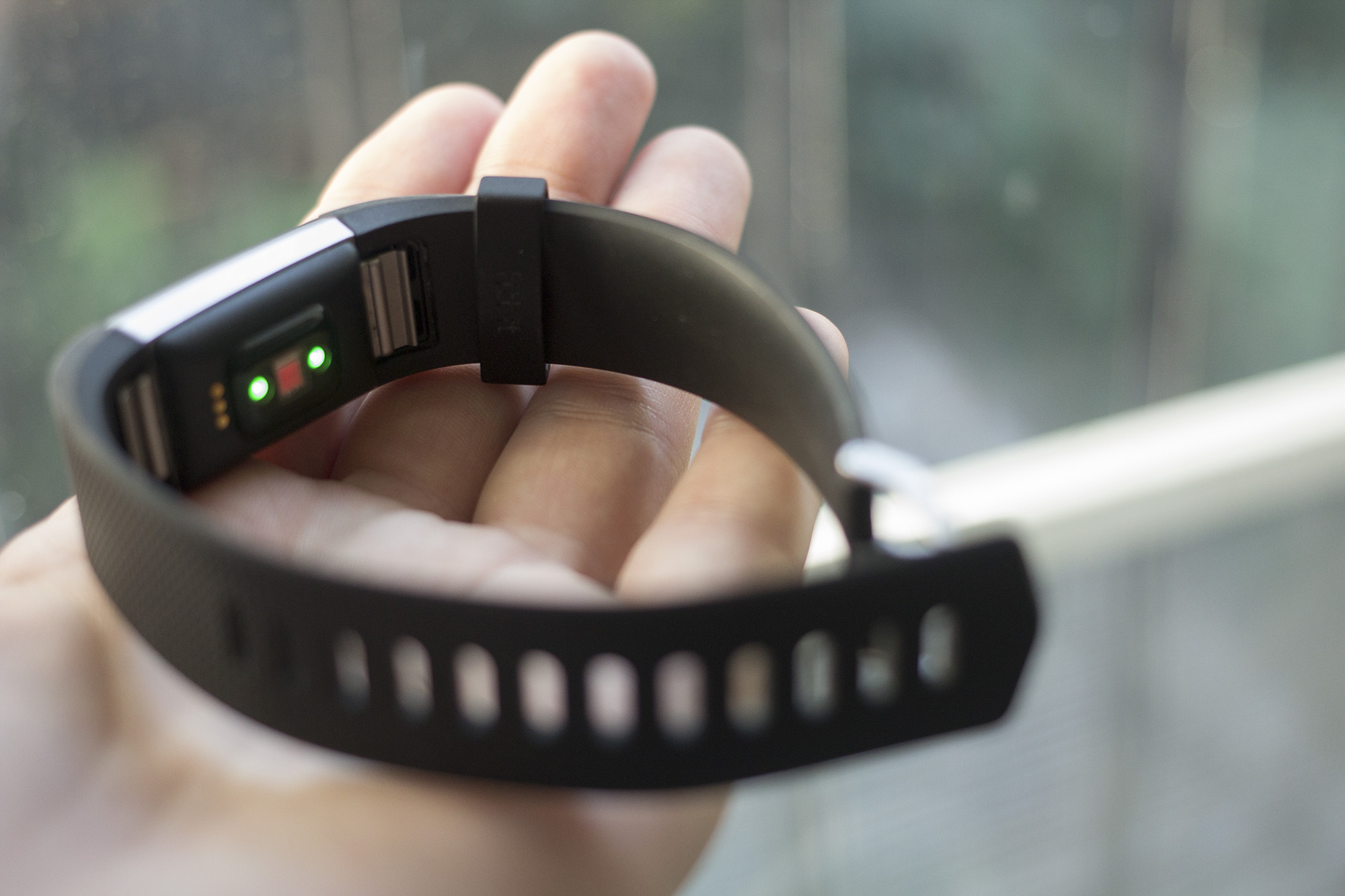 Wearing the Charge 2 requires effort — intentionally, with its step reminders, and by design: You have to put it on, charge it, you can’t wear it in the shower, and so on. This is the state of wearables today. With every perk, there is a small downside that could eventually discourage you from using the device at all. These things often end up in drawers, because being active isn’t easy.

If you can’t stand the idea of charging Apple’s upcoming AirPod bluetooth headphones, and if you often forget to charge your phone at night, this may not be the device for you. Simpler trackers from companies like Misfit exist for consumers who are willing to trade features in order to avoid fussing with another charger. 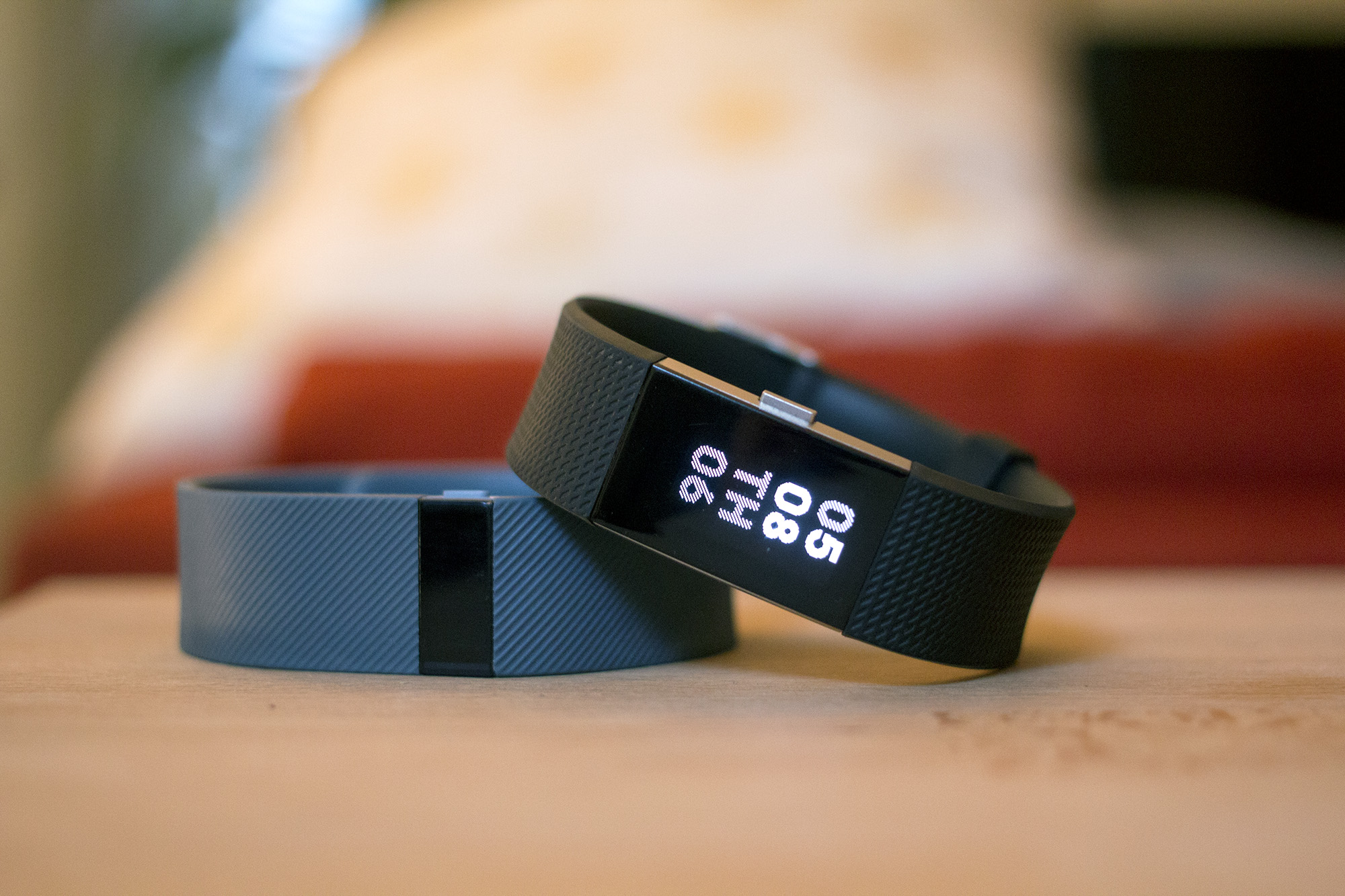 But the more I put in the effort, move around, and limit the time I sit staring blankly into the internet, the more I’m willing to commit to devices like the Charge 2.

If you’ve owned a Fitbit before, or if you’ve been looking for an excuse to jump on the bandwagon, this is a fine place to start. I have a feeling Fitbit fans will agree. But if you’re already sold on a more serious fitness watch or a full-blown smartwatch, I don’t imagine anything here will change your mind.

Update October 10: Fitbit says it has rolled out a fix to address the Verge‘s issues.