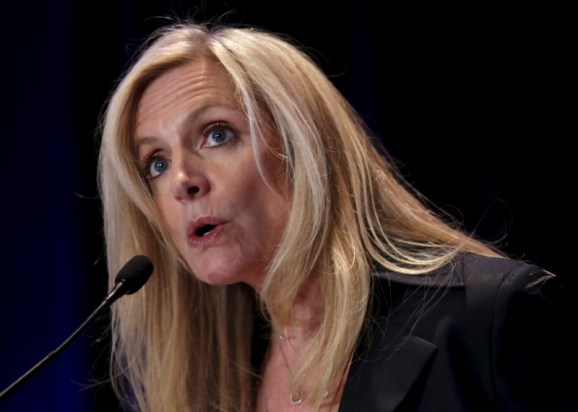 (Reuters) — The technology behind the controversial bitcoin electronic currency could lead to sweeping improvements in how financial transactions are carried out worldwide, Federal Reserve Governor Lael Brainard said on Friday.

But only if it can be safeguarded from hackers and terrorists, and not grind to a halt in a crisis.

Those assurances may still be years away, Brainard said, though the Fed is closely tracking the evolution of so-called blockchain systems, and sees it as “the most significant development in many years” in how financial assets trade hands.

“We recognize the potential of distributed ledger technology, or blockchain, to transform the way financial market participants transfer, store, and maintain ownership,” Brainard said at the Institute of International Finance annual meeting. At the same time, “we want to maintain public confidence.”

The Fed along with major central and commercial banks around the world are grappling with how blockchain may reshape the financial system. The technology in theory could lower the cost, improve the security and speed the completion of transactions by eliminating intermediaries. It would instead rely on cryptography and computer algorithms to transfer electronic records across a shared ledger.

The downside: it would need to prove itself immune to hacking or other security breaches, use by criminal organizations, and show that it could improve – or at least not damage – financial stability.

“Potential applications are in their infancy, and the industry may still be several years away from an application that is ready to be fully implemented,” said Brainard.

The Fed expects to release a research paper on the technology later this year.

“Initial relatively simple proofs of concept must be followed by much more complex demonstrations in real-world situations before these technologies can be safely deployed in today’s highly interconnected, synchronized, and far-reaching financial markets.”