Team communication app Slack today said that it now has more than 4 million daily active users, up from more than 3 million in May.

Today Slack also said that Slack teams have installed 6 million apps (and that 6 millionth was task management app Trello). The free plan allows teams to have up to 10 free apps or service integrations. 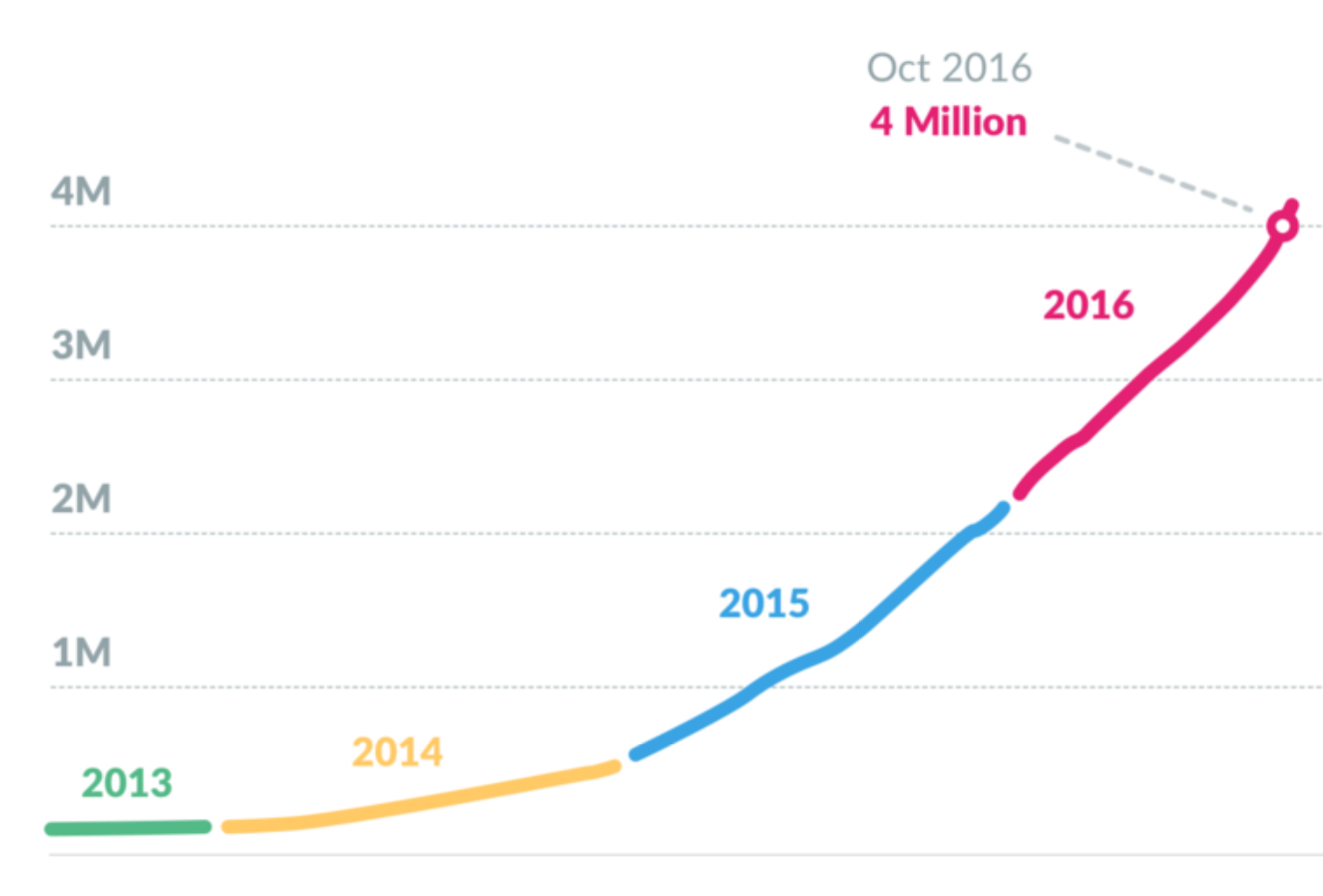 Slack’s growth since the app’s launch in February 2014 is a modern illustration of hockey-stick growth. Many third party software sellers, including Google, have made their tools compatible with the service, and cloud services like Salesforce-owned Quip have taken steps to incorporate Slack-like functionality.

“Continued momentum on the Slack platform is an important sign of the expanding role we play in the business software,” Slack said in a blog post.