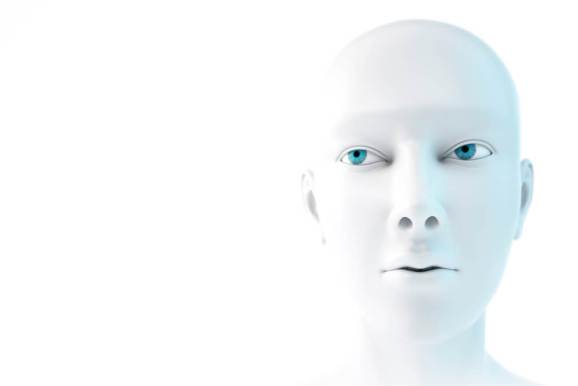 The bot invasion is here.

Imagine this fairly typical scene of modern life. You are half-heartedly watching a recommended show on Netflix while casually checking sports recaps on your phone when you receive a potential fraud alert from your bank because, while making your routine Amazon purchases, you were tempted to treat yourself to a lavish suggested item. This is hardly the kind of scene that makes for a gripping sci-fi movie. However, in this moment, every aspect of your life is positively bathed in artificial intelligence.

Thanks to Hollywood, the phrase “artificial intelligence” conjures visions of a full-blown Skynet takeover, or at least a wisecracking robot sidekick. But this is like saying anything short of a rocket-propelled space shuttle fails to qualify as transportation.

It has been said that A.I. is only used to describe concepts that haven’t been achieved yet. Once they become common, they cease to be A.I. and become just “technology” — that is, mundane, uninteresting, yet life-changing.

Never has the rhetoric surrounding a technology been more disconnected from the reality of its implementation. It is almost stupefying to watch talking heads on the news predict and prognosticate the ramifications of A.I. like it isn’t already baked into almost every technology we use daily.

To better understand this, let’s revisit and dissect our earlier scene from the world’s most tepid sci-fi thriller.

For starters, Netflix gathers an impressive amount of information on each user’s viewing habits. They leverage this big data in numerous fascinating and forward-thinking ways. For the purposes of this article, we will focus on the nuanced recommendations they generate with that information.

As anyone old enough to remember the tribulations of an in-person visit to a physical Blockbuster location can attest, the hardest part of the experience was deciding which movie to choose. I am particularly prone to indecisiveness; as a result often my time in the store would drag on so long that if I made the mistake of wearing a blue polo that day, other customers might reasonably assume I worked there.

Reviews were a step in the right direction, but simply cannot account for the particulars of individual taste. The intangibles of individual preference make this a difficult problem to solve using any conventional resource short of a recommendation from a trusted friend who knows your taste in movies.

This is what Netflix has built: an artificially intelligent version of a friend who can perfectly remember every movie you have liked and recommend other films based on that data. However, this A.I. movie buddy has the added superpower of being able to remember what movie everyone who likes similar movies has liked, and adds that into its calculations when helping you select your next binge-watching guilty pleasure.

It is awe-inspiring to consider the depth of calculations that go into that tiny little “next up” screen on the end credits of a show you just watched. We should all feel a tinge of guilt for taking such a clever, ever-evolving, process for granted. But this is true of most A.I. in our live. It’s the unsung hero that is also an amazingly sophisticated helper making virtually everything in your life better.

While the Netflix recommendation — though generally underappreciated — is still largely understood to be A.I., many other systems we rely on are not. Most assume that sports recaps were written by a flesh-and-blood writer, some crazed sports fan surrounded by TV sets playing all the games, maybe even adorned in team gear or (worse yet) team color face paint. However, you would be mistaken; most such stories these days are written by A.I.

At first it’s hard to imagine an A.I. could handle a job writing original content — until you consider the task at hand. Sports writing is generally free of editorializing on feelings, focusing more on the facts about running, hitting, scoring, and any other number of action verbs. As a result, A.I. can retell the tale pretty faithfully, maybe even a little better than some humans, when you consider that an A.I. is unbiased and thus not prone to being bitter if another team wiped the floor with their hometown team.

The award for the most unappreciated A.I. probably goes to fraud alerts, which have become the modern equivalent of fire alarms. Before the widespread use of fire alarms, your odds of being injured or even killed in a building fire were quite high and thus represented a real anxiety for people. Similarly, in the early days of ecommerce, the odds of having your banking information misused were quite high and presented a real obstacle to the growth of shopping/banking online. Both tools have been so effective at addressing the original concern that most people are more annoyed by the notification than grateful for the benefit.

Our poor fraud alert A.I. has to work double duty, protecting you both from the routine risks of our internet banking culture and the ineptitude of so many human systems that fail to protect our information. After dozens of major companies are found to have handled private customer information with the rigor of basically storing all our valuables in an open box left on the porch, it almost seems like A.I. is the only entity concerned with preserving our online security. A.I. is left to vigilantly scan billions of transactions and look for anything “out of the ordinary” so that your first clue that your accounts may be compromised isn’t an empty bank account.

Our next everyday A.I. works hard to make sure your bank account stays empty the good old-fashioned way: unbridled consumerism. Amazon’s A.I. has managed to do what so many candy bars, magazines, and batteries placed in the checkout aisle have tried for generations: get you to buy more stuff at the last minute. Much like the Netflix example, traditional, broad-level recommendations will never be as effective as something that could look at every purchase you have made in the last five years and make a recommendation.

Frankly, at times Amazon’s A.I. for recommendations is so strong it is uncanny. Its ability to suggest an item you need can be so seemingly disparate from your current purchase that you wonder if they have your place bugged. Until you realize that even bugging your phone wouldn’t have enabled that level of insight.

This is the true beauty of the A.I. that currently encompasses our lives: It knows us better than we know ourselves. The only reason we are not constantly in awe of this robot assistant who can magically “guess your card” a thousand times in a row is that it lives in the shadows of hidden layers of the technology we have already come to take for granted.

The next time you hear someone espousing the dangers of the upcoming A.I. revolution, remember that the A.I. revolution has already happened. It is already baked into all our favorite technologies. Often the reason something is your favorite technology is because it has this hidden A.I. layer that is constantly, and thanklessly, working to make your life happier, easier, safer, and more entertaining. Far from being “scared of A.I.,” we absolutely love it and would be hopelessly lost without it.