The partnership noted that the video surveillance market is on the rise, with worldwide unit sales expected to grow 7 percent in 2016, according to market researcher IHS. About 46 percent of the revenues will come from the Chinese market, where surveillance is a fact of life. Overall, 66 million network cameras are expected to ship globally. And 28 million high-definition closed circuit TV cameras will be shipped this year.

Hikvision will use Movidius’ chip, the Myriad 2 Vision Processing Unit, in a new line of smart cameras. Myriad 2 will provide deep neural network processing to bring better accuracy in video analytics. Meanwhile, Intel is in the process of acquiring Movidius in a deal that is expected to close in 2017.

Deep Neural Networks are rapidly replacing traditional computer vision approaches, allowing security systems to automatically detect anomalies such as suspicious packages, drivers distracted by mobile devices, and intruders trying to access secure locations. Running deep neural networks has historically forced cameras to depend on additional computing power in the cloud. But the low-power Myriad 2 VPU can now run these advanced algorithms in the camera itself. 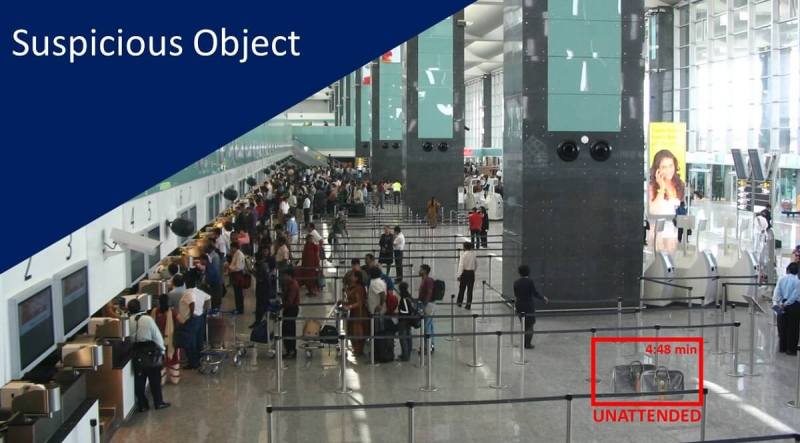 Above: Smart cameras can spot a suspicious package at an airport.

“Advances in artificial intelligence are revolutionizing the way we think about personal and public security,” said Movidius CEO Remi El-Ouazzane, in a statement. “The ability to automatically process video in real time to detect anomalies will have a large impact on the way cities’ infrastructure are being used. We’re delighted to partner with Hikvision to deploy smarter camera networks and contribute to creating safer communities, better transit hubs, and more efficient business operations.”

By using deep neural networks and stereo-3D sensing, Hikvision said it has been able to achieve up to 99 percent accuracy in visual analytics applications. These applications include car model classification, intruder detection, suspicious baggage alert, and seatbelt detection.

“There are huge amounts of gains to be made when it comes to neural networks and intelligent camera systems,” said Hikvision CEO Hu Yangzhong, in a statement. “With the Myriad 2 VPU, we’re able to make our analytics offerings much more accurate, flagging more events that require a response, while reducing false alarms. Embedded native intelligence is a major step toward smart, safe, and efficiently run cities. We will build a long-term partnership with Movidius and its VPU roadmap.”

The first products to use Myriad 2 will be shown at the 13th China International Exhibit for Public Safety, taking place October 25th through 28th.

Meanwhile, in another market research report, Tractica forecasts that the overall video analytics market will increase from $858 million in 2015 to nearly $3.0 billion in 2022, at a compound annual growth rate (CAGR) of 19.6 percent. The top two application markets for video analytics systems are retail and transportation. In 2015, the city market is expected to be the third-largest market. The top two markets, retail and transportation, are expected to maintain their positions in 2022, but the city market will be replaced by the consumer market for third place. The consumer market is expected to exhibit the highest CAGR over the next seven years, growing at 29.8 percent. 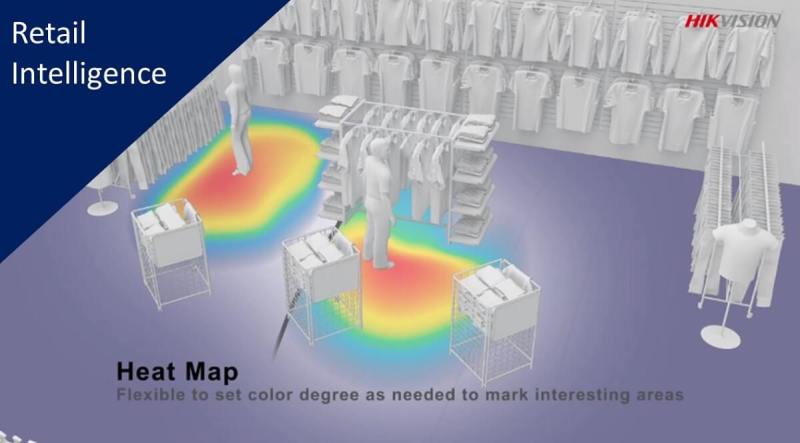 Above: Movidius and Hikvision will use A.I. to help retailers track shopper movement.