Loop is launching today to make your home video life easier. The device serves as a video communication device, family media player, voice-and-gesture-controlled smart screen, and video-sharing hub. It is targeted as a kitchen screen or as a second screen in the living room.

Built by startup California Labs, Loop connects to Wi-Fi and creates dedicated private connections with other family members who also have their own Loop units. Families can tune in to your channel. You can share videos and photos with them via the private channel or go out on public social networks to share the content. The idea is that smartphones and tablets get many things right, but they’re not great as shared appliances in our kitchens or living rooms.

You can send content — such as a smartphone video or photo — to multiple Loops or channels at once using the Loop app. With Family Time, Loop’s video chat, you can connect with other family members who have their own Loop. The device is sort of like the TV from The Jetsons, and it has a high-definition screen and powerful speakers.

The screen can be controlled with voice commands or gestures, which makes it convenient for watching recipe videos in the kitchen. You can change screens even if your hands are too dirty to touch the device. 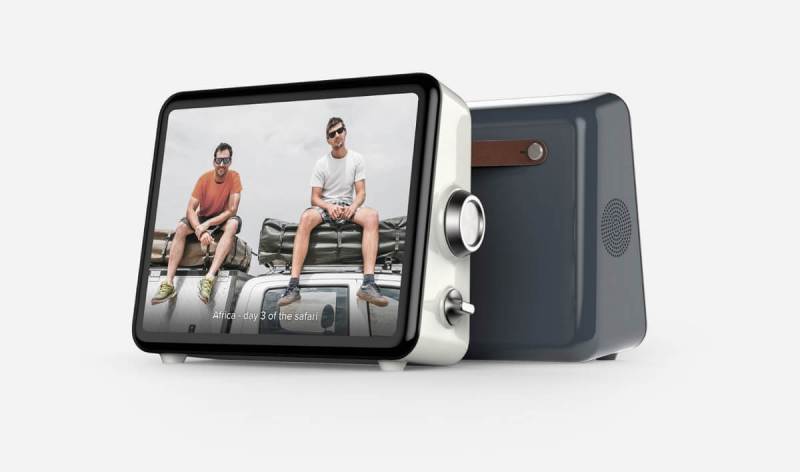 Above: Loop is a dedicated video sharing device. It let’s you make video calls.

Loop has a retro, 1950s-inspired design that makes it feel like it would fit in an old-style kitchen. And the device seems a lot more like an appliance than anything else. The company says it re-imagines “how we connect and enjoy photos, videos, or online content, together.”

Because Loop is an interactive device, everyone can view and share content that matters most to them on a single screen. This makes it easy on the oldest or youngest family members, who may not be accustomed to operating smartphones. And it makes it easy to create an entertainment hub with popular must-have channels, such as Facebook, Instagram, YouTube, Flickr, GoPro, and more. Loop also lets you create a channel out of any livestream, so you can watch Twitch or game-related channels right on the device.

“We see an opportunity in the home that sits between the 80-inch televisions and the small mobile screens we hold in our hands,” said Brian Gannon, founder and CEO of California Labs, in a statement. “We wanted to build a device that had both communal and social elements in it. With Loop, we packaged modern technology into a simple and elegant design to deliver a new experience in the home. As a result, we’re changing the way families gather around and experience content together.”

Developed by the engineers and leaders of the LeapFrog Tablet and Words with Friends, the world’s most popular mobile word game, Loop is building an engaging and fun experience in the home.

Loop is available for purchase now, and its first batch is on sale for a limited time — starting at $200 for a single unit, $180 each for two units, and $150 each for a set of three or more units. Loop will ship in both the U.S. and internationally, with first delivery starting by the holidays.

California Labs has 12 employees in San Francisco. It has received venture funding, though it isn’t disclosing the details yet. Gannon started California Labs with Ethan Ballweber and Sital Mistry in 2014. Gannon is an MIT-trained expert in display and video technologies, while Ballweber was the designer for one of the first Android smart watches. Mistry was the engineering leader on Zynga’s Words With Friends.

The team graduated from the Highway1 hardware accelerator. Highway1 is a division of PCH. 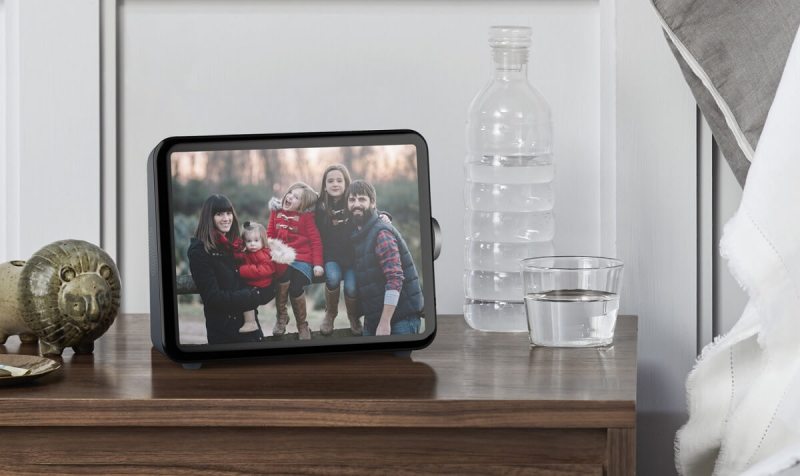 Above: Loop lets you share videos on public or private channels anytime.