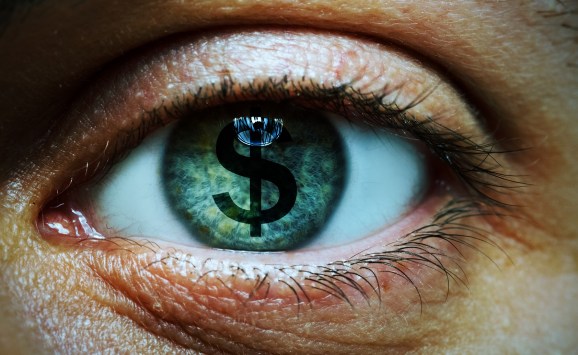 Chatbot companies have raised over $140 million in the past six years. Over 60 percent of the funding came in 2015 and 2016 as the chatbot craze quickly took over Silicon Valley. The media remains optimistic about the potential of bots, but venture capitalists and other investors are increasingly wary of the proliferation of startups in the space.

“These days, every other pitch I get is some kind of bot company,” said Ping Li on an enterprise bot panel at the recent O’Reilly Bot Day conference. Li is a partner at Accel, which previously invested in Facebook and is now an active investor in Slack. Joining him on the panel were executives from Verizon, Kohl’s, and Jet.

Their collective complaint? Bot entrepreneurs building for the enterprise often fail to understand the complexities of the workflows they’re trying to automate away. While Slack may be the trendy messenger du jour with smaller tech-savvy businesses, many large enterprises with legacy systems and entangled processes can’t even roll out Slack. If a company’s workflows are too complicated for Slack, they are certainly too complicated for many Slack bots. Li cautions that too many entrepreneurs adopt the faulty attitude of “We’ll throw a bot in there and it’ll magically do stuff.”

Mike Brown, partner at Bowery Capital, an enterprise-focused VC fund, observes that many B2B bot entrepreneurs don’t know how to market or sell to enterprises either. According to Brown, “When medium to large IT buyers look at the bot space, they do analyses on a myriad of companies. Not a single entrant is far enough ahead to stand out. All companies say they do the same thing.” When every startup advertises themselves as an all-inclusive conversational artificial intelligence platform, enterprise buyers aren’t able to differentiate.

Another challenge facing B2B bot entrepreneurs is that most large enterprises have not made up their minds about their bot strategy. “Entrepreneurs are doing a lot of solution selling into an ecosystem that hasn’t made bots a part of their line item,” warns Brown.

The first challenge is discovery. Each messaging platform solves discovery differently. Kik has a formal bot store and social virality features. Telegram has a bot that tells you about bots. Facebook selectively features bots. Messaging platforms are wary of the distribution issues of the iOS and Android app stores, where paid acquisition has become virtually the only way to acquire users, but they have not found a sustainable, long-term solution yet. With thousands of bots launching every day, developers face ever-increasing competitive pressure.

Another challenge is that current natural language processing (NLP) and machine learning (ML) technologies are not sophisticated enough to drive excellent user experiences. User confusion and errors are particularly exacerbated during the onboarding process when bots must articulate their functionality to new users and set the correct expectations. “As a developer, you have two choices,” says Hartman. “You either build your own NLP / ML or customize open source, or you use a platform. Platforms usually only work well horizontally and are not specific to your use case.”

Unfortunately, companies building truly revolutionary artificial intelligence are rare. Krishna K. Gupta, founder of Romulus Capital, sums up collective investor opinion with this statement: “I believe chatbots are not overhyped in terms of their eventual functional use, but are overhyped today in terms of the investment-worthiness of most companies building them. The technology behind most chatbots doesn’t actually do much more than text recognition and some machine learning. Cognition doesn’t exist.”

Most investors agree on the eventual disruptive potential of bots and AI-driven automation. Accel’s Li believes, “Every enterprise application is ripe for disruption, from CRM to HR to marketing to supply chain management. However, successful bot companies need to be a standalone product experience that completes a value proposition rather than just a feature add-on to an existing product.”

The sentiment is echoed by fellow investors. Betaworks’ Hartman explains, “Uber has a bot, but they have depth in the form of physical cars driving around and the rich data they generate. We’re not interested when someone just pulls an API to make a bot.”

Bowery Capital’s Brown also filters for entrepreneurs who apply bot technology to difficult problems. “Teaching a car to drive is a difficult problem. Teaching a CRM to show deal-related info based on input from a salesperson is fairly simplistic,” Brown points out.

In addition to problem depth, early-stage investors prioritize the quality and credibility of founding teams. For bot companies to be funded, they need to demonstrate more than just deep understanding of the workflows they’re automating and the requisite technical experience to implement them. Investors also look for the ability to productize those technologies successfully.

“You can’t just be an algorithm. You have to be a product,” advises Li. “A company might have really interesting algorithms, but if they’re not packaged as a product that a user can experience, it’s hard for them to become a horizontal platform. Entrepreneurs need to have an opinionated workflow, use case, or value proposition.”