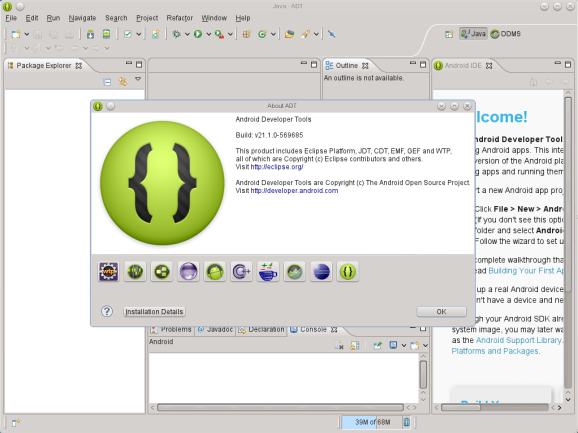 Android Developer Tools for Eclipse in a 2013 image.

Google today said that it has stopped supporting and developing Google Android Developer Tools (ADT) plugin for the Eclipse integrated development environment (IDE). Android Studio is the official IDE for Android development, and now Google wants to push all Android developers to it, following the release of version 2.2 in September.

The move doesn’t come as a surprise; in fact, Google actually said back in June 2015 that support would end by the end of 2015, and it essentially continued 10 months after that.

ADT for Eclipse dates back to 2009, whereas Android Studio first emerged in 2013.