Huawei calls the Fit “the next evolution of Huawei wearables, combining learnings from products including the Huawei Watch.” But after just a few hours* with the new device, we can tell it lacks the polish of Huawei’s smartwatch.

From a distance, Huawei Fit looks nice enough — if a little plain — but our unit has a small scratch or air bubble underneath the glass near the bezel. It’s not immediately easy to see, but it’s there. 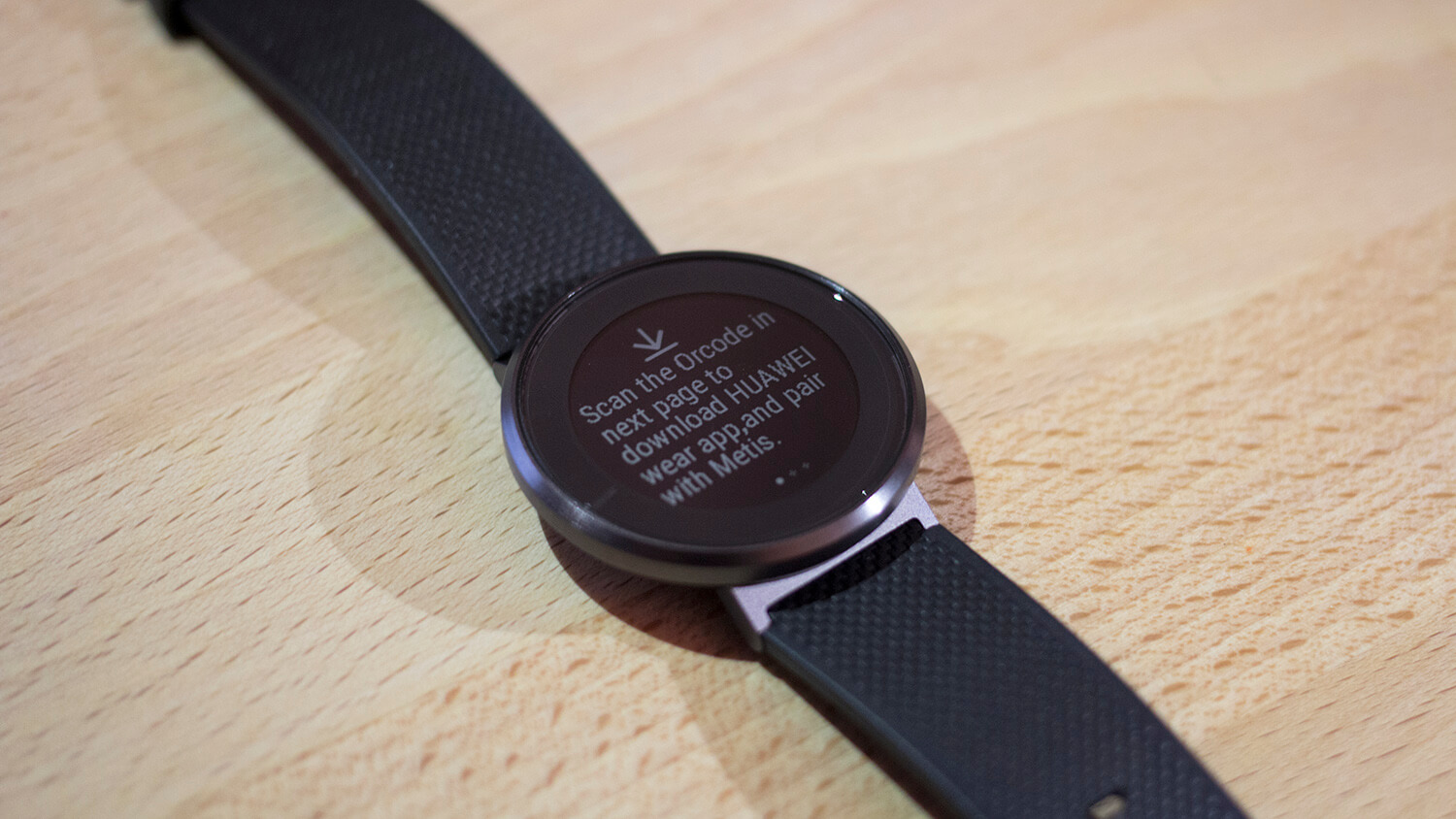 Take charging, for example: The battery life indicator on the watch only displays charging progress in intervals of 10 percent. Why? Well, we have no idea.

By the way, Huawei says the Fit’s battery lasts six days on a single charge with continuous heart rate monitoring, thanks to its black and white LCD touchscreen.

There are plenty of other quirks — see the pairing screen typo above (Orcode?) — and maybe that’s because the watch doesn’t run Android Wear, but rather Huawei’s own operating system, Huawei Wear.

Otherwise, the Fit feels solidly built, and the companion mobile app looks nice, so we’re giving it a try. Stay tuned for our full review of the device after we spend more time with it.

*Editor’s note: We received the Fit for testing last week, but a delayed beta release of Huawei’s iOS app prevented us from spending much time with the device. Stay tuned for our full review.

Update November 8, 11:03 a.m.: A spokesperson for Huawei says the Fit runs an OS called Huawei Wear, which is also the name of Huawei’s mobile app. We were previously told there was no name.