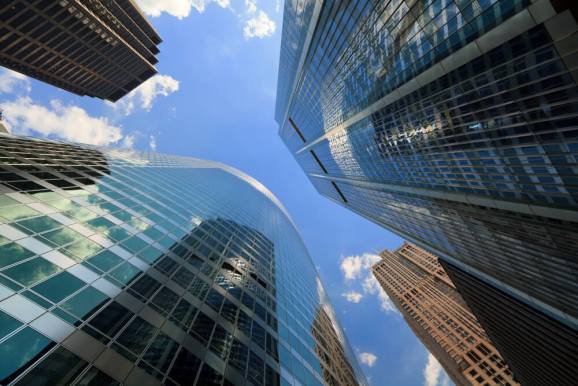 A vertical focus will help when building a chatbot.

In 2005, Ikea released Anna, a virtual assistant that functioned as one of the first mainstream chatbots. Consumers could ask Anna about prices, parts, store hours, and Swedish meatballs. But after a decade, Ikea shut Anna down, citing customer dissatisfaction. As Magnus Jern, president of the mobile solutions company DMI, told BBC: “If you try too hard to be natural, it diverts from the real purpose of [the bot], which is about giving the right answer as fast as possible.”

But perhaps Ikea pulled the plug too soon. As the company was phasing Anna out, chatbots were on the rise. In a much-cited Medium post from last year, Chris Messina helped set the stage for the conversational commerce movement.

Conversational commerce is the practice of talking to consumers to get feedback, offer recommendations, and simplify the shopping process. It’s hardly a new idea. In fact, all commerce was “conversational” before the internet. And people continue to talk to each other in order to discover, research, and purchase products. In many ways, ecommerce trained us to move away from the natural way of conducting commerce.

So with messaging apps like Facebook Messenger, WeChat, and Kik each hosting hundreds of millions of users around the world, it makes perfect sense for companies to invest in technology that makes connecting with customers instant and personal.

Think about it this way: Traditional customer service isn’t all that effective. That’s part of the reason interest in conversational commerce has increased so rapidly. In its research, Ubisend discovered that a majority of consumers expect a business to be available 24/7. People don’t enjoy waiting endlessly on the phone to find the answer to a question that a bot can resolve in 30 seconds.

Since the bot space is still young, there’s been more potential than success thus far. But it’s important to note that conversational commerce can work, as long as it focuses on a particular vertical, and that vertical focus is as much about customer experience as it is about having relevant data.

The big challenge surrounding AI and conversational commerce is that generic chatbots can lead to frustrating experiences for the consumer. Some bots can learn manners and replicate a sense of humor, but they may struggle to aid in specialized business tasks, which is the main reason they exist in the first place. Take this customer’s interaction with Ikea’s Anna from a few years ago, one that led to frustration when the chatbot couldn’t respond properly to a straightforward customer service question.

The good news is that customers clearly want conversational commerce to succeed. According to Ubisend’s “2016 Mobile Messaging Report,” more than 45 percent of people prefer to communicate with a business through messaging than email. It’ll just require some patience on our end as we wait for bots to develop over the next few years.

The way chatbots learn is fairly similar to how humans learn. Bots become more sophisticated as they’re able to process more data about how consumers talk and what questions they tend to ask. Essentially, practice makes perfect. And now that there’s enough technological infrastructure to support the chatbots on social media platforms and chat apps, developers will have the ability to “practice” as more data comes in.

For now, it seems that the retail industry has had the best early results with conversational commerce. Most people already shop online for basic products like clothes, flowers, and makeup, so it’s easier to deliver accurate personalized information to the user when and where they need it. That’s why companies like Tommy Hilfiger, Burberry, and Sephora have already begun adding conversational commerce to their digital strategies. Other industries, such as travel, have also started incorporating chatbots. Kayak, for example, has a bot that’s integrated with the chat app Slack. And there is no reason not to extend the conversational approach to services; in fact, there are companies out there focusing on bringing this technology to banking, as well.

Each customer may communicate with their favorite brand in a slightly different way, but they mostly have similar needs. This means that bots need to excel at a few fundamental functions, such as starting a new order, modifying or canceling that order, and a number of other predictable tasks. Across the industry, bots can learn faster by gathering data for dealing with variations of similar tasks.

Bots are slowly but surely getting better. And the more we interact with them, the better they’ll be, as long as the AI platform behind them is highly focused on its domain.