Let the lobbying begin. With Donald Trump as U.S. president-elect, many industries are ready to begin lobbying for their causes. And the Semiconductor Industry Association started in earnest on Thursday night, as the chip industry trade group held its annual SIA industry dinner.

John Neuffer, CEO of the SIA, said at the dinner in San Jose, Calif. that the industry is committed to working with Trump to double down on its agenda to promote technological research, expand open markets, and defend against threats such as anticompetitive behavior.

The $330 billion chip industry employs more than 250,000 people in the U.S. and is the third-largest exporter of manufactured goods. As a business man, Trump will surely see a lot of common ground with the chip industry, which Neuffer said is at the heart of a trillion-dollar electronics industry.

But the details will matter. Neuffer said that the SIA will unite to fight for policies that encourage growth and open markets around the world. He said that the industry wants to “double down” on its innovation agenda and pour more money into basic research.

Neuffer also said that the industry benefits from having open markets around the world, as that means more American jobs. Trump, however, took a protectionist stance in the presidential campaign and said he would re-negotiate numerous “bad” trade deals. Neuffer, by contrast, applauded the recent World Trade Organization agreement to eliminate tariffs on $1.3 trillion in goods, including semiconductors, and to expand access to global markets.

Perhaps in reference to arguments about trade made by both sides during the campaign, Neuffer said it was important to “rebuild the stuttering consensus on trade.”

Neuffer also said that the SIA’s agenda included a mission to “defend against risks.” He said he welcomed China’s attempts to build its own semiconductor industry, but he added, “We must ensure a level playing field.”

China is a frequent target of criticism by Trump. Neuffer noted that Commerce Secretary Penny Pritzker last week gave the first federal government cabinet official speech on the chip industry in decades. The chip industry worked to build that relationship with the Obama administration over time.

Last week, President Obama’s Council of Advisors on Science & Technology (PCAST) announced the launch of a new Semiconductor Working Group that will provide recommendations to address the rapid rise of semiconductor businesses abroad. Neuffer said the goal was to keep the chip industry as the “tip of the spear of technological leadership.” 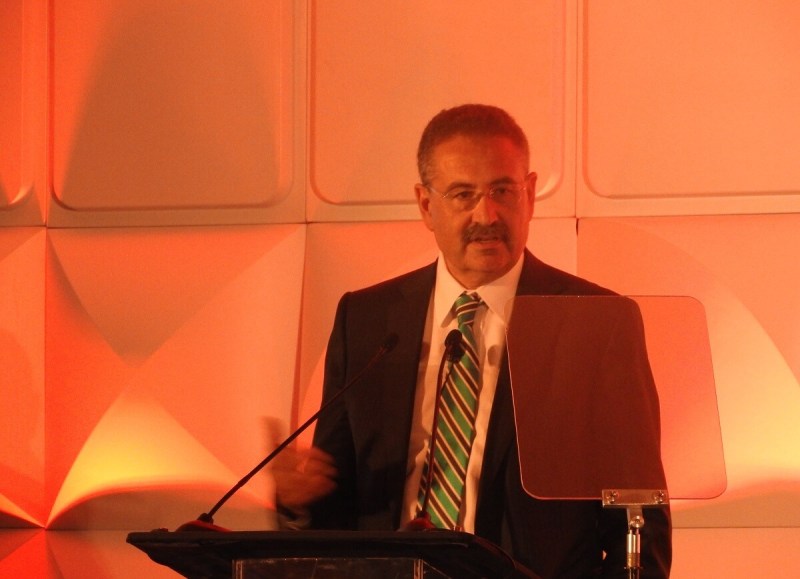 Above: Tunc Doluca, CEO of Maxim and chair of the SIA.

SIA chairman Tunc Doluca, CEO of Maxim Integrated, said that chips are stitched into every piece of our lives.

“We are the backbone of the tech industry in everything we do,” he said. “We have to make sure that everybody understands that in the new administration. I will make it a priority to work with John to advance those priorities, especially
with that new administration coming in. We have to be more active.”

He said it remains critical for the industry to recruit the best and brightest young people to become engineers and bring them into the industry. Moore’s Law, which predicts that the number of components on a chip doubles every couple of years, is in its 50th year. As a driver of the industry, Moore’s Law ensures continuous electronics industry progress.

It’s getting harder and harder to uphold that law, but the winners of the industry’s highest honor, the Robert N. Noyce Award, said they believe that it will continue. 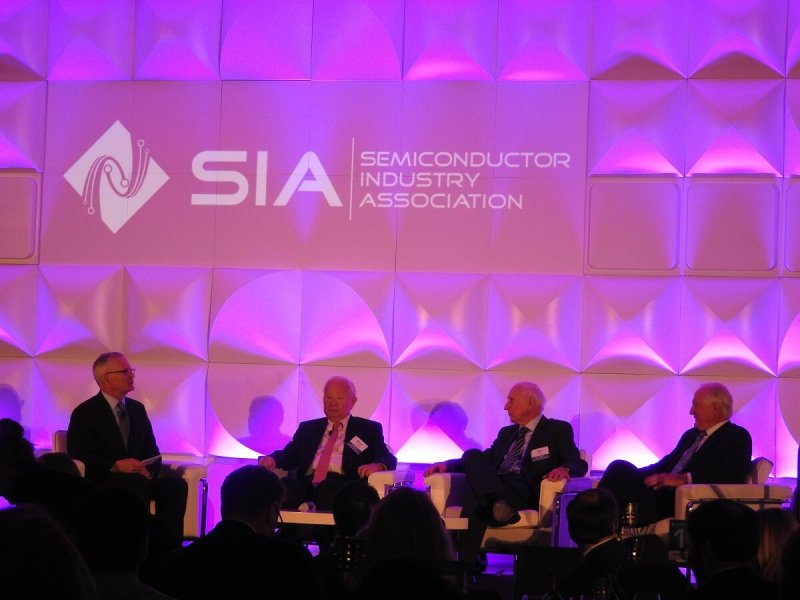 “People have been predicting its demise for many years,” said Morris Chang, founder of TSMC, the major chip industry contract manufacturer. “I said in 1999 it will last maybe 15 years. Craig said 10 years.”

Martin van den Brink, president of ASML Holding, was the winner of the Noyce Award for 2016. He said that, in terms of upholding Moore’s Law, he sees the industry making progress for several more generations. Craig Barrett, former CEO of Intel, said he was encouraged by that prediction.

The industry has seen huge mergers and acquisitions in the past couple of years.

Chang predicted there would be more consolidation of chip industry companies in the next five years, and he wondered how many of those mergers would be successful. Barrett said, “I am bullish on the semiconductor industry, and I have been my whole life. The industry is going to continue. There’s an infinite amount of possibility going forward.”

The industry remembered one of its great contributors with a video dedicated to Andy Grove, former CEO of Intel, who died in 2016 and was one of the legends of semiconductor history.

Stata said that —  in contrast to other areas of technology — it’s hard to find dedicated students who are inspired by chip engineering, which he said is “troubling.” He added that more work has to be done to get enough students ready to continue the chip industry’s growth.

“The financial industry has given up on startups in the semiconductor industry,” Stata said. “MIT is setting up a program, an incubator, to become a venture capitalist and provide money for projects that take time and money.” 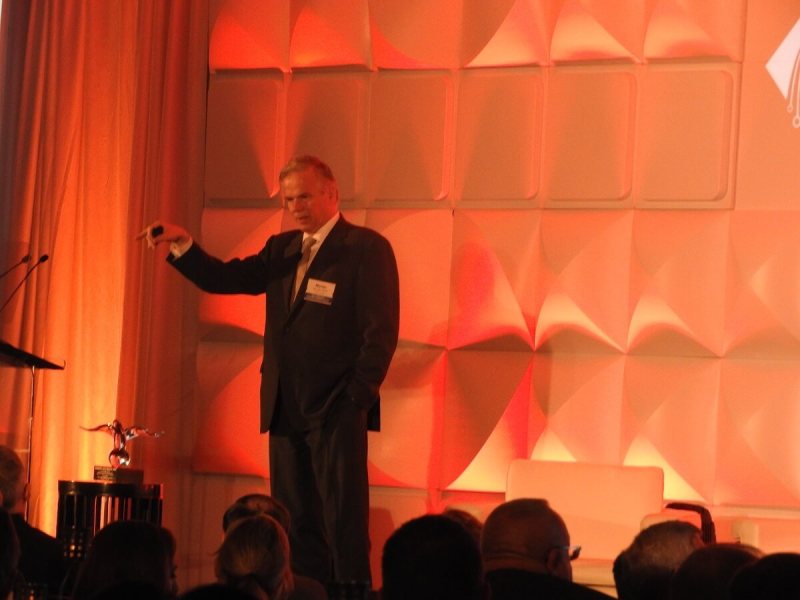 Above: Martin van den Brink, president and CTO of ASML Holding, is the recipient of the 2016 Noyce Award.