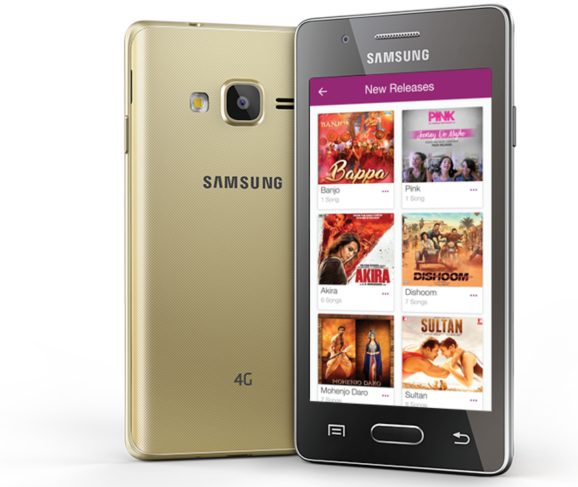 Samsung has revealed one of the ways it plans to entice developers to port apps over to Tizen — by giving out cash prizes for the top apps each month.

With the Tizen Mobile App Incentive Program, Samsung is offering developers a substantial $10,000 prize if they can edge their app(s) into the top 100 most-downloaded apps from the Tizen Store. This is a sizable investment by Samsung, amounting to $1 million each month from February through October, 2017. But it’s indicative of the current state-of-play with Tizen as a platform.

The “Android-alternative” open-source, Linux-based operating system (OS) has been a core part of Samsung’s smartwatches, TVs, cameras, and the company’s push into the internet of things (IoT). But in terms of smartphones, Tizen has been limited to just a handful of devices, with India a key market for the OS.

Back in August, Samsung announced the Z2, a $68 device and the first Tizen-powered 4G smartphone, but a high-end flagship device has yet to make it to market. Though rumors abound that a flagship is in the works, in an interview with GamesBeat back in May, Mihai Pohontu, vice president of emerging platforms at Samsung, said that Android would remain its OS of choice for high-end devices. “Tizen is becoming more important for us — it’s one of the ways we can sell smartphones at very low cost in emerging markets,” he said. “Also, Tizen powers our TVs. It powers our wearables and IoT. It even powers our security solution, KNOX. We’re very serious about Tizen. It’s a wonderful operating system. We’re committed to Android, though. Our high-end handsets will run Android for the foreseeable future.”

For Tizen to flourish on mobile phones, it needs a strong ecosystem, one that developers embrace. Offering $10,000 cash prizes is certainly a huge incentive, but whether a nine-month push is enough for Tizen to achieve scale in the long term remains to be seen. “As a committed leader of the Tizen platform, we strive to further benefit, expand upon and evolve the Tizen ecosystem,” said Woncheol Chai, VP of global product management, at Samsung. “We’re excited to launch this new incentive program to help develop and bring the best of mobile apps to the Tizen community as well as provide customers with a better mobile experience.”

Today’s news comes less than a month after Samsung announced the Tizen App Challenge, a reward program that offers Unity game developers $185,000 in cash prizes for porting their apps over to Tizen from Android and iOS.

The latest program is open to new apps, as well as those already available in the Tizen Store, but all developers must first register their apps in the program here.