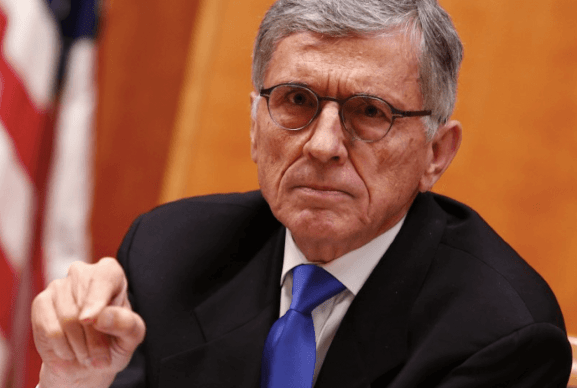 (Reuters) – The U.S. Federal Communications Commission is dropping plans to push through a proposed reform of the $45 billion business data services market in the wake of Donald Trump’s election as president.

FCC Chairman Tom Wheeler on Wednesday pulled the item previously set for a commission vote Thursday after pressure from Republicans in Congress.

The move is a win for companies such as AT&T that have strongly opposed the reforms of business data services and effectively ends Wheeler’s bid to complete several reforms before leaving office. It is one of the first major impacts of Trump’s election on U.S. regulatory reforms.

Two FCC sources briefed on the matter said the commission is not expected to approve Wheeler’s separate plan to overhaul the $20 billion annual pay-TV set-top box market that would have allowed tens of millions of users to scrap costly boxes.

Republicans in Congress said Tuesday Wheeler should not move forward with any controversial measures during the transition. Republicans will take control of the FCC when Trump takes office and could reverse any newly approved reforms.

The set-top box proposal won the backing of President Barack Obama in April but ran into heavy resistance among cable companies, programmers and many in Congress. Wheeler dropped plans in September for a final vote as talks between commissioners continued.

Wheeler proposed a sweeping reform plan for business data services, or special access lines, in April, but scaled it back in October. Many businesses rely on special-access lines to transmit large amounts of data quickly, for instance connecting banks to ATM machines or gasoline pump credit card readers.

Special-access lines are used by offices, retailers, banks, manufacturers, schools and hospitals to move large amounts of data, and wireless carriers rely on them for the backhaul of mobile traffic.

This data services market is an important business for companies like AT&T, CenturyLink and Verizon.

But it came under criticism from AT&T and the Communications Workers of America union. AT&T said in October the plan would “contribute to mounting job losses” but it won the backing of Sprint and others.

Wheeler also dropped plans for an initial vote Thursday on mobile data roaming standards and a “reverse auction” to allocate more than $470 million for rural wireless coverage and to expand video-described programming for the blind.