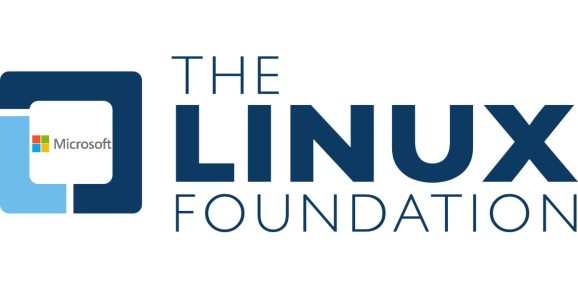 At its Connect(); 2016 developer event in New York City today, Microsoft announced it is joining The Linux Foundation. And the company isn’t joining just to say it did: Microsoft is joining at the Platinum level, the highest level of membership, which costs $500,000 annually. John Gossman, architect on the Microsoft Azure team, will sit on the foundation’s Board of Directors and help underwrite projects.

The Linux Foundation is a nonprofit technology group that advances open technology development and commercial adoption, and not just for Linux. It provides tools, training, and events to scale any open-source project. Microsoft already contributes to several of its projects, including Node.js Foundation, OpenDaylight, Open Container Initiative, R Consortium, and Open API Initiative.

Microsoft is pitching the move as its latest effort to work more closely with the open-source community, which it believes will benefit its customers through increased collaboration and innovation. And The Linux Foundation agrees.

“Microsoft has grown and matured in its use of and contributions to open-source technology,” The Linux Foundation executive director Jim Zemlin said in a statement. “The company has become an enthusiastic supporter of Linux and of open-source and a very active member of many important projects. Membership is an important step for Microsoft, but also for the open-source community at large, which stands to benefit from the company’s expanding range of contributions.”

We interviewed Zemlin, who was excited to elaborate on the news, noting that The Linux Foundation and Microsoft started conversations about membership earlier this year. “On behalf of our entire board, I think people are excited to see them join,” Zemlin told VentureBeat. “This is just another example of Microsoft participating broadly in the open-source community, and we welcome it.”

Given Microsoft’s aversion — and that’s putting it lightly — to open-sourcing in the past, this is another milestone showing the company has indeed turned a new leaf. Zemlin called the announcement a “symbolic moment,” shared that “the feeling is one of historic precedent,” and declared that “Microsoft is being a good citizen.”

Microsoft naturally stands to benefit as well, and not just in terms of PR. In addition to Microsoft taking an active role in making the organization better, membership means the company can better collaborate with the open-source community to improve mobile and cloud technology that millions rely on. The other 10 Platinum members are Cisco, Fujitsu, Hewlett Packard Enterprise, Huawei, IBM, Intel, NEC, Oracle, Qualcomm, and Samsung.

“As a cloud platform company, we aim to help developers achieve more using the platforms and languages they know,” Scott Guthrie, executive vice president of Microsoft’s Cloud and Enterprise Group, said in a statement. “The Linux Foundation is home not only to Linux, but many of the community’s most innovative open-source projects. We are excited to join The Linux Foundation and partner with the community to help developers capitalize on the shift to intelligent cloud and mobile experiences.”