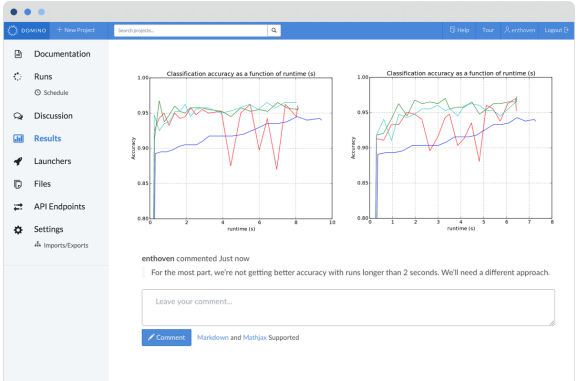 One of Domino’s competitors, Sense, was recently acquired by Cloudera.

Bloomberg Beta, In-Q-Tel, and Zetta Venture Partners have previously invested in Domino. The company was founded in 2013 and is based in San Francisco. Customers include Instacart, Lumosity, and Mashable. Companies can use Domino as a cloud service or as on-premises software. It supports Julia, Matlab, Python, R, and SAS, among other tools.