The company has acquired Scroll, an e-commerce startup from Quirky founder Ben Kaufman.

Two years ago, Ben Kaufman, then-CEO of well-funded consumer product startup Quirky, delivered one of the most awkward, and candid, on-stage interviews I’ve ever witnessed at Fortune‘s annual Brainstorm Tech conference. Quirky was in meltdown mode at the time. But instead of trying to spin the situation into a positive, Kaufman, then 28, clearly articulated where Quirky had gone wrong, admitting that the company’s mission, a platform to bring people’s inventions to market, had failed. The biggest reason for the failure, he said, was “because of the traditional bounds of brick and mortar retail.”

A few weeks later, he stepped down as CEO of the company. Not long after that, Quirky went bankrupt.

Kaufman went under the radar but continued to work on e-commerce projects. He recruited a few ex-Quirky people to his new company, called Scroll, and began dabbling. He built Thrice.com, a site that sells emoji-themed pool floats. He opened Auxiliary, an agency that consults with brands on product design. Alongside Ricky Van Veen, Sriram Krishnan, and Aaron Dignan, he created Homesick Candles, a site that sells scented candles that smell like different U.S. states. “We target people who are homesick and we sell a lot of candles. It’s very simple,” Kaufman says. (His cofounders have since taken other jobs: Van Veen is now head of global creative strategy at Facebook, Krishnan is a group product manager at Snapchat, and Dignan has a management consultancy called The Ready.) 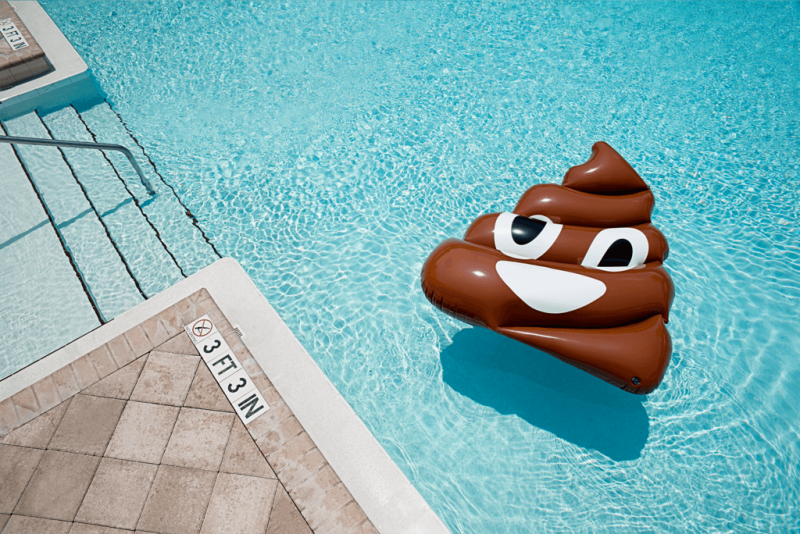 Along the way, Kaufman met with BuzzFeed CEO Jonah Peretti to discuss the ways the e-commerce industry might evolve. “Ben was trying to create this idea of products that inspire people, that they want to share, that gives them a way to connect with their friends, and it was a BuzzFeed-y way of thinking about commerce,” Peretti tells Fortune. “We met him and it was like, ‘Whoa, we are thinking about really similar things.'”

In October, BuzzFeed quietly acquired Scroll. The companies did not disclose the deal value.

For the past three weeks, Kaufman has been leading a team of 10 called BuzzFeed Product Lab. Their mandate is to experiment independently with all forms of commerce until they find a formula that works. It’s early days. The company wasn’t planning to formally reveal the commerce initiative until next year.

Peretti compared BuzzFeed’s acquisition of Scroll to its 2012 “acqui-hire” of Ze Frank’s tiny startup. Frank now leads BuzzFeed Motion Pictures, the video unit that the company has increasingly put at the center of its strategy. “When we started video, people were like, ‘Video won’t work on mobile, and it’s expensive to produce, and pre-roll advertising doesn’t cover the cost of production,'” Peretti says. Now, video is a huge business for BuzzFeed.

Peretti sees the same thing playing out with Kaufman and e-commerce. “My hope for BuzzFeed Product Lab is Ben, who has learned more through all of the ups and downs of Quirky … can take all that knowledge and combine it with the reach and distribution of BuzzFeed and invent the way product development, distribution and marketing should work in the future,” he says.

Before it created BuzzFeed Product Lab, BuzzFeed’s commerce efforts revolved around affiliate links, where the media company gets paid for driving sales to third party sites. Many media companies have found this strategy is a lucrative way to supplement unpredictable revenue from digital advertising.

Now, BuzzFeed is chasing the holy grail of “social commerce,” an area that has eluded social platforms like Facebook for years and killed many other startups tackling the category along the way. F-commerce, so to speak, failed because people weren’t ready to shop on Facebook. Retailers have found integration with social platforms to be frustrating as well.

“It’s an experiment, and maybe it won’t work and maybe it will work, but it’s not just an add-on to our business,” Peretti says. “The big prize is, it feels like social commerce is going to be big in two years from now and let’s figure it out how to be ready.”

BuzzFeed Product Lab’s first batch of commerce experiments are wide-ranging. They include Homesick Candles, which Kaufman called “identity-based commerce” because they are targeted at people who have moved away from their hometowns but feel nostalgic for them. It mirrors BuzzFeed’s strategy of relatable, hyper-specific, identity-based content like “21 Pictures That Will Make Everyone From Florida Say ‘OMG Yes’.” The candles, like the content, “serve an emotional need more than a utilitarian need, and it’s inherently social,” Peretti says. Homesick Candles are already appearing in BuzzFeed articles like “28 Products for People Who Miss Southern California.”

There’s also the Fondoodler, a cheese-melting kitchen tool that BuzzFeed Product Labs licenses and sells. It’s being promoted on BuzzFeed’s popular cooking channels on Facebook, like Tasty, which has exploded to 75 million followers.

This week BuzzFeed will unveil the Tasty Cookbook, a custom-printed and customizable collection of recipes. Shoppers choose seven different styles of Tasty recipes to include in their book, along with a custom dedication page.

There is an e-commerce store called FuckShitShop.com, which will curate various items that are “all fuck-and shit-related,” Kaufman says. That launches in December. That store “speaks to a certain type of person that is looking for a certain type of merchandise,” Kaufman says. (A quick search on craft marketplace Etsy shows there is no shortage of “shit-related” items for BuzzFeed to curate.)

Lastly, BuzzFeed Product Labs is turning its office, located a few blocks away from BuzzFeed’s headquarters in New York City’s Flatiron district, into a physical retail store called “Homesick for the Holidays.” They’ll use it as another lab to test out retail concepts, Kaufman says. That opens today.

Kaufman has scars from Quirky’s failure, he says. But teaming up with BuzzFeed means he can fix one of the biggest problems Quirky struggled with — dealing with big box retailers. What’s more, the cost of experimenting with product development has dropped in the last five years, thanks to e-commerce services like Shopify and the availability of on-demand printing. He cites the example of the Tasty cookbooks. “We don’t have 100,000 books sitting at a warehouse like our competitors do, we’re making them one at a time” via a supplier in Boston, he says. Likewise, he launched Homesick Candles for “hundreds of dollars.”

Kaufman is excited to attach to his commerce operation BuzzFeed’s promotional engine. “When they do something, it seems like tens of millions of people [engage with it],” he says. “From a product person’s point of view, that’s a dream.”