Samsung is rolling out a handful of new features for its Gear Fit2 wearable device to help automate the process of tracking your exercise habits.

The $179 Gear Fit2 global rollout kicked off back in June, arriving more than two years after Samsung launched its first fitness band and bringing a number of important hardware updates, including GPS and a barometer.

Rolling out via an over-the-air (OTA) software update this week, the new features enable the Gear Fit2 to automatically pause whenever you stop exercising. This will only work with cardiovascular activity, such as running and cycling, and is similar to features that already exist in other popular GPS fitness-tracking apps, such as Runtastic and Runkeeper.

Basically, if you’re out for a bike ride and you hit a set of traffic lights, Samsung’s fitness band will be able to pause itself without your having to manually intervene and will start up again whenever you resume moving. This means that your total time will more accurately reflect your actual time on the move. 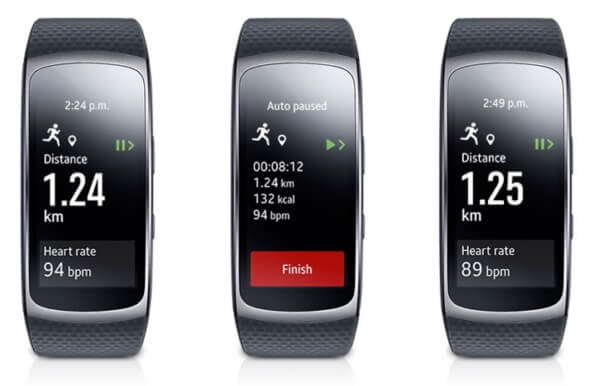 Additionally, while the Gear Fit2 was already capable of automatically detecting a user’s activity — including walking, running, rowing, and more — it’s also now able to automatically register a range of sports, including soccer, badminton, basketball, and table tennis. However, it appears that the device can’t detect the exact sport — instead, it detects when a user has engaged in a sports activity for more than 10 minutes, then it logs it as a “dynamic workout.” 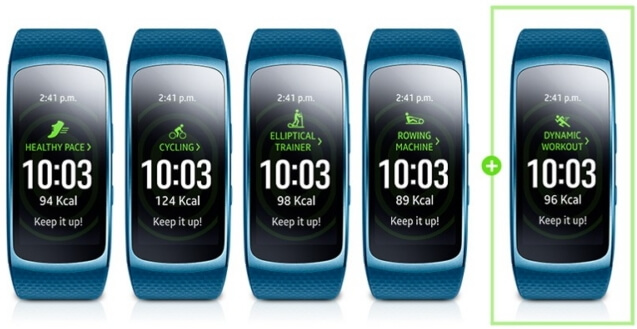 Finally, the OTA update will also bring a new feature that lets users input their required number of repetitions and sets for repetition-based exercises such as lunges and squats, saving them from having to start / stop the device each time.