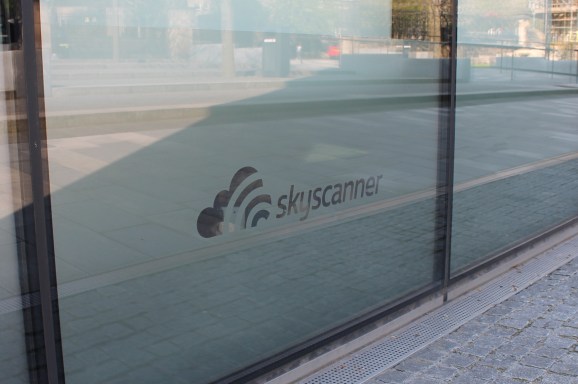 Big news emerged from M&A land earlier this morning, when travel search giant Skyscanner revealed it had been acquired by one of China’s biggest online travel companies, Ctrip, in a deal worth £1.4 billion (USD$1.74 billion).

Founded out of Edinburgh, Scotland in 2003, Skyscanner is one of the world’s largest travel search engines, by traffic, with 50 million monthly users. It has also been an entirely independent company, unlike fellow travel search giants — such as Kayak, which was acquired by Priceline in 2012.  And it had taken on very little outside investment before it finally sucked up £128 million (USD$192 million) late last year — an event that elevated the startup into the limelight as a “unicorn.”

So why sell now, so soon after raising a substantial funding round that was presumably designed to help it grow independently?

“The investment has allowed us to grow even further in 2016, while also providing a measure of liquidity at the time to our shareholders,” explained Skyscanner cofounder and CEO, Gareth Williams, in an interview with VentureBeat.

Prior to its gargantuan fundraising last year, Skyscanner’s biggest investor was Scottish Equity Partners, which had plowed approximately $4 million into the company in 2007. Sequoia Capital had also invested an undisclosed amount in a secondary round back in 2013, which reportedly valued Skyscanner at $800 million. So while the $192 million raise last December was in part to fund growth initiatives, as Williams pointed out, it was also to release some cash to shareholders and those who had invested previously, without having to commit to a sale or an initial public offering (IPO) at that point.

To sell or not to sell…

Rumors had abounded in recent months that Skyscanner was considering an exit, but when asked by VentureBeat in the wake of today’s acquisition news Williams didn’t confirm how close the company came to going for an IPO instead. However, he did suggest that the terms of the acquisition were what swung him toward selling rather than taking a chance on the stock market — operational independence was the name of the game here.

“The combination of operational independence Ctrip affords us was (and is) extremely attractive,” Williams said. “This, combined with the incredible knowledge they bring to Skyscanner and their similar passion for solving the hard problem of travel search, meant it felt like a natural progression for Skyscanner.”

While it was nice that a home-grown Scottish startup such as Skyscanner could lay claim to being one of the last few independent companies operating at any real scale in the industry, an exit of some description was inevitable. But had anything happened recently, economically or otherwise, to expedite the company’s decision to sell now? Not according to Williams, who told us that he’d known the people behind Ctrip for a number of years.

“I first met James Liang, one of the Ctrip founders (and executive chairman), and Jane Sun, their new CEO, over three years ago,” Williams explained. “We maintained contact from then, and have come to form a common vision for how Skyscanner could develop in the future with the deep support of Ctrip. We believe that partnering with Ctrip allows us to take the next step in Skyscanner’s journey, not just from a financial perspective, but more importantly to deliver greater benefits to global travellers in the years to come.”

Skyscanner has, in fact, been growing in Asia for some time, and the company has forged some notable alliances in China and elsewhere across the continent. Back in 2012, Skyscanner partnered with Baidu, China’s largest search engine, to become its official search partner for international flights. And during its mammoth funding round last year, a couple of notable investors stood out — Yahoo Japan and the Malaysian Government. So Asia isn’t a new market for Skyscanner, and being acquired by a major player in China is surely a mutually beneficial arrangement — Skyscanner will be able to do things like augment its existing hotels offering with access to Ctrip’s hotels inventory.

“The support of Ctrip will allow us significant expansion in our reach and product globally,” said Williams. “We’ll deepen our understanding and offering to the Chinese market, where we’ve already seen great success, as well as leverage Ctrip’s product investments and insights.”

And for Ctrip, the deal makes a great deal of sense, given that Europe represents about two-thirds of Skyscanner’s user-base. “This acquisition will strengthen long-term growth drivers for both companies,” said Liang, in a statement earlier today. “Skyscanner will complement our positioning at a global scale, and Ctrip will leverage our experience, technology, and booking capabilities to Skyscanner’s.”

With Skyscanner soon to be owned by a billion-dollar corporation headquartered in Shanghai — subject to the “customary closing conditions,” of course — is Williams concerned about his company’s status at home? People in Scotland and across the U.K. were proud of Skyscanner, but now that it will no longer be a Scottish or British-owned company, it could be like the internet version of Jaguar for many in the local scene.

“We’re very much still a U.K. company,” said Williams. “Skyscanner was born in Edinburgh, and we remain completely committed to our offices here and in Glasgow. We’re still headquartered here, over 500 of our 800 staff are based in the U.K. (and over 450 in Scotland) and we’ll continue to recruit at pace in the U.K.”

This “operational independence” is something that Skyscanner hopes will allow it to remain as it has been since its inception more than 10 years ago, and there’s nothing to suggest at this stage that anything will change for the worse. “We’ve simply gained access to fantastic insights and technologies from a Chinese company, which will make this proudly British company even stronger and even more successful,” added Williams.