In Silicon Valley, there are companies that prefer to target low-hanging fruit, problems that may not be significant but that have a high likelihood of gaining traction quickly. But a few are bucking this trend, instead opting to look at the bigger picture and developing technology that can genuinely solve some of the world’s most challenging problems.

Endeavors such as these require a high amount of capital and a lot of patience. Traditional investors are not likely to bank on them, but there are venture capitalists who have made it their mission to take chances in these areas. But with the next Facebook, Apple, and Salesforce perhaps being developed as we speak, what motivates these firms to look beyond the immediate payoff and bet on startups aiming for the moon? We’ve talked to a couple of them to find out.

Leaning into what matters 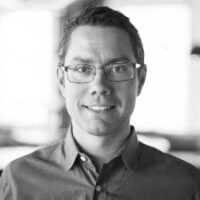 There’s a societal shift happening, according to Andrew Beebe, managing director for Obvious Ventures. His firm is known for making investments in unconventional startups —those that aren’t viewed as sexy enough for the public to care about. He’s paying attention to startups that are thinking long-term, that are willing to tackle complex or systemic problems. Whether it’s making renewable energy cheaper, developing technology that takes carbon dioxide out of the atmosphere, or producing autonomous vehicles, these are the companies Obvious wants to talk to.

Beebe believes that life is too short, and entrepreneurs want to make the world better. The compensation comes out of that. “When you solve the problems, you make a lot of money,” he said. A role model in this is Google cofounder Larry Page: “He has shown a pathway to rewards for those that are changing the world.”

It’s not about a quick buck for Obvious but more about having a “world positive” outlook. As venture capitalists, Beebe and his partners, including Twitter cofounder Evan Williams, are interested in returning a profit on their investments. But the firm thinks that having a global purpose can be part of the equation.“In a bubble, just having financial outcomes feels game-changing,” Beebe explained. “As things start to erode, it starts to look more like a Silicon Valley episode on HBO. When [entrepreneurs] pour their heart and soul into [their startup] and it doesn’t work out, it causes some soul-searching,” he said. Perhaps these founders should think about addressing bigger problems instead of aiming to be the next Uber for dog walking.

Startups Obvious has invested in include Plant Prefab, a company designing sustainable buildings in a manner that speeds up construction; Diamond Foundry, a manufacturer that produces diamonds through 3D printing in a lab, bypassing the human and environmental impacts caused by mining these jewels; Gusto, which provides small businesses with easy payroll and benefit services; Magic Leap, the secretive virtual reality startup; and publishing platform Medium.

Although most VC firms can see the benefit in long-term bets like the ones mentioned above, they aren’t all fully invested in this strategy. Most are thinking about startups that can reap a profit, go public, or even change a market space in the next five years. And that’s not a bad thing, because capitalism is what it is, but it’s refreshing to see firms that cast aside the next photo sharing app or on-demand movie seat-holder service to forge a new path.

Silicon Valley is known as a hub of innovation, the center of the evolving technology space.  Some even believe the cures for the world’s ills will emerge from this hotbed of tech entrepreneurship. The partners at Social Capital, for example, have made it their mission to “advance humanity by solving the world’s most difficult problems through technology.” 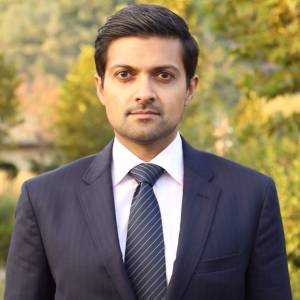 It’s not easy to define what a “moonshot” is, because Uber, Airbnb, and Facebook weren’t viewed as such initially, but have since been recognized as moonshot ideas, according to Mamoon Hamid, cofounder and a general partner at Social Capital. “We’re investing in areas that matter to the world because there are a lot of people impacted by it, where every human touches those parts of society,” he said, highlighting healthcare, education, and financial services as some focus areas. “Traditionally, the government took care of [these areas], and, over the years, technology hasn’t made a lot of dent in [them].”

While Social Capital does have its traditional investing side, the firm also has partners looking at longer-term bets: frontier projects and moonshots. But the investment thesis is not that different, in that similar questions are asked, such as, “Is it a tool that people would use on a daily basis to accomplish their job more efficiently and effectively?”  And “How does it help move people forward?

However, when gunning after a problem that could drastically change the world, Social Capital does ask a few specialized questions, like “Does the company have the ability to touch the lives of a billion people?” “Does it have the potential of generating a $100 billion market cap?” “Will it fulfill a human need?”

“Everyone wants to work on something that makes a difference — it’s why we see more people,” Hamid said. “People want to do impactful things.”

Investing in these longshots is certainly not for the faint of heart, but it’s part of Social Capital’s mission. And the firm tries to calculate which startups have real potential: “What we seek out is authenticity.”  Firms like Hamid’s are allocating funds toward areas like space exploration, areas that involve mechanical, electrical, and hardware solutions. The firm wants to invest in the application of technology like machine learning and artificial intelligence. “We’re trying to apply some pragmatism to frontier bets,” Hamid said.

The world may still see autonomous vehicles, artificial intelligence, sentient robots, and virtual reality as existing only in movies, but the technology industry is advancing these ideas at a rapid rate, fueled by Social Capital, Obvious, and several other like-minded firms. “We see the world two years out, not five or 10 years out,” Hamid proclaimed.

Following the 2016 U.S. presidential election, one thing became clear: People are in need of jobs. And this highlights the need for companies to shift their gaze toward opportunities that will improve society as a whole. “Despite all the innovation and progress of recent decades, large swaths of the population have been excluded from economic success,” we’re told. “This is a global phenomenon, not just an American experience. As technologists and investors, we have a responsibility to better understand this growing disparity and make sure that the companies we’re building are increasing opportunity globally.”

Moonshots are generally associated with the kinds of things Google and Facebook are doing on the side. The former has pushed many of its projects forward, including a glucose-detecting contact lens, a computer embedded into a wearable device, a self-driving car, a deep learning research project, and giant balloons designed to project the internet over large swaths of land. These efforts have sprung from Google X lab, now rebranded as simply X, which is overseen by chief executive and “captain of moonshots” Astro Teller. 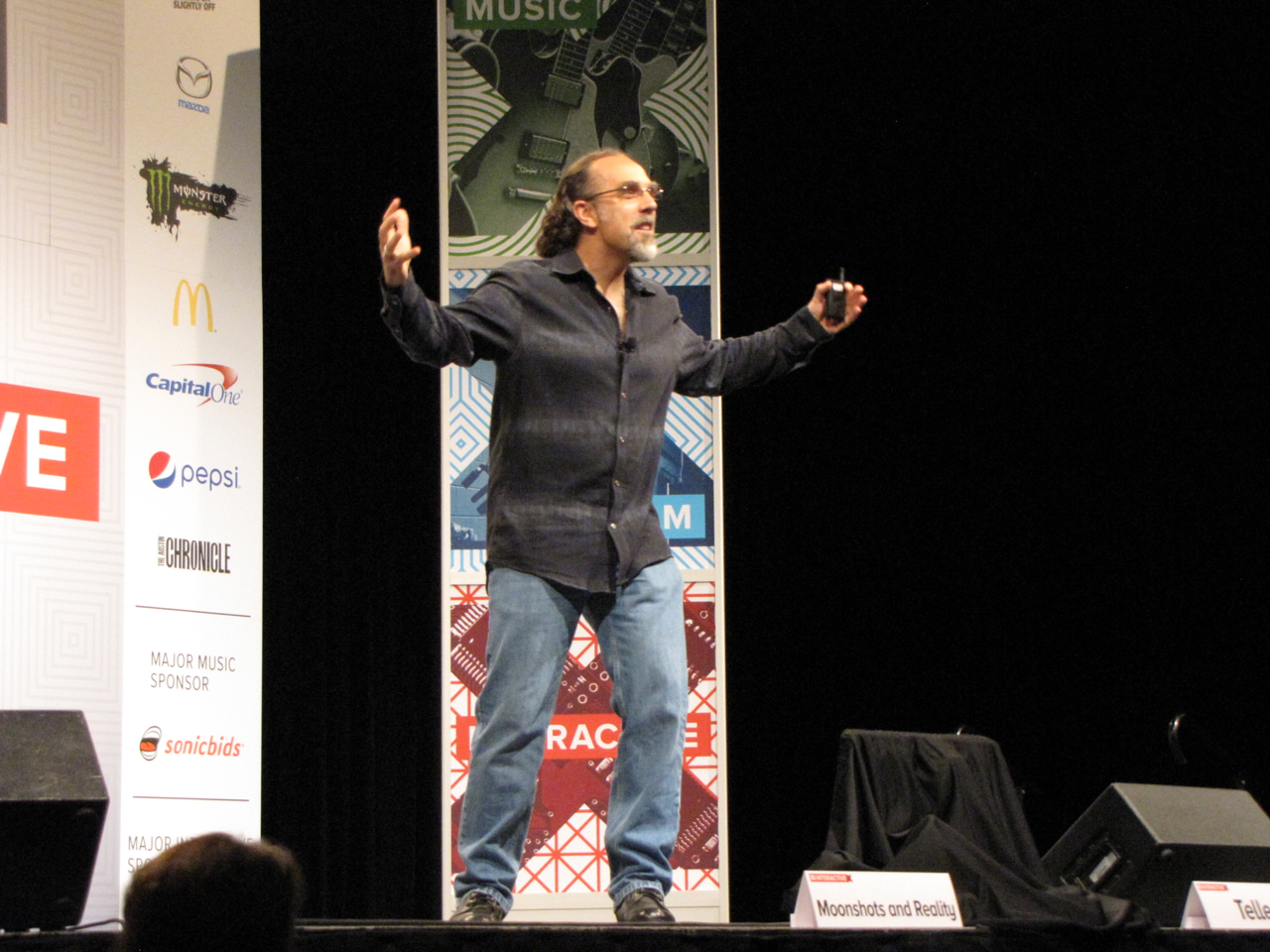 And it’s easy for Google to explore longshots because it has billions of dollars in reserves — it’s basically playing with house money. This could be daunting for less-funded startups that hope to change the world by developing a way to 3D-print new limbs for people, or have figured out a way to transform existing vehicles into self-driving ones. But these entrepeneurs shouldn’t be dissuade from following through on their ideas and should remember that even Google has had its failures.

In September, Fortune reported that even with all the press about Google’s moonshots, many projects were being eliminated due to cost-conscious decisions being made within the company. Google has since explored partnering with others, such as pharmaceutical manufacturers, to help turn its ambitious ideas into reality.

And Facebook is pursuing moonshots with its Free Basic program, its solar-powered Aquila drone, and even its own satellites. The social networking company is moving forward with many of these ideas, though some have attracted controversy.

The point is that regardless of Google, Facebook, or any other technology incumbents, entrepreneurs should pursue their most daring visions, thinking beyond immediate problems and instead focusing on the bigger picture. If you fail, so be it, but that’s a big part of the moonshot notion, according to Teller. In 2015, he said this philosophy decided whether or not Google would take a particular moonshot: “The blueprint is embracing failure, running at all the hard parts of the problem first. If you want to make a ton of progress, you have to make a ton of mistakes.”

Although moonshot projects take longer to build — due to regulatory issues, lengthy adoption and selling cycles, and other factors — Hamid said that, in the end, they’re “very defensible because they’re hard to do, build, and take capital. A lot of the companies become very unique and after five years; they’ll be the only ones in the world to do it.”

He said founders should pursue interesting ideas that offer more than incremental jumps from existing products. “How about doing some cool stuff, not for the sake of being cool, but things people will use?”

In the end, venture capitalists like Beebe are hoping their investment decisions pay off. “I hope that we’ve funded and backed the entrepreneurs that will go down in history as having transformed industries for the better,” he said. “In doing so, there will be a knock-on effect…Investors will realize that there are a lot of opportunities here, and entrepreneurs will put the people up on pedestals and say they want to be just like them.”