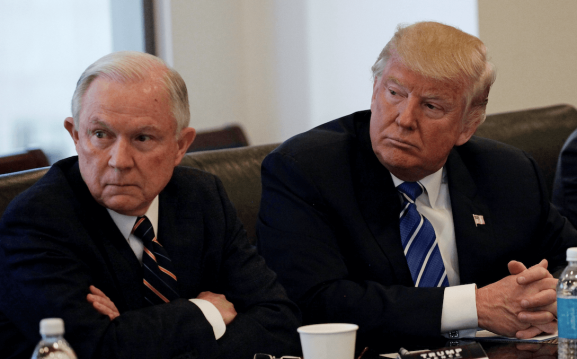 Every White House leadership change causes speculation about what pre-existing initiatives the incoming administration will embrace or eliminate. I encourage President-elect Trump and his appointees to start their term ready to ensure that artificial intelligence (AI) gives our economy the competitive edge it needs.

The Obama administration recently released its recommended approach for how the U.S. should promote AI research and development. It published balanced suggestions to guide public investment, encourage private-public collaboration, and account for national security, public safety, diversity, and ethics. It was a good start. But it’s broad and not yet deep.

I’d like to offer a few specific suggestions for the next administration.

Our past successes are no guarantee of America’s future innovation leadership. It’s easy to take for granted that we led the world into space, “smart weapons,” the internet, and the cloud. It’s not as dramatic as putting a man on the moon, but make no mistake: AI will dominate the next wave of economic growth and national security. U.S. economic growth has been slow and unevenly distributed, so it’s imperative that our federal government play a leadership role.

Harness entrepreneurs to serve our country

The world’s largest technology companies are all-in on AI, investing billions. They have the heft to ensure they have a seat at the right tables in Washington — but they’re also the incumbents. Most of the disruptive AI innovations will come from startups.

Disruption is inevitable, but we can spread the gains

AI is inevitable. It will disrupt many jobs, and that’s a big problem. But, like ATMs created more banking jobs, so can AI — if we get out ahead of it.

We are far from creating sentient machines, but ethical questions are already pressing. Take autonomous vehicles, which must decide in a split second: Do you hit the kid or the curb?

The only thing we have to fear … is still fear

We need to debunk the notion that it’s computers versus people.The combination of human and computational intelligence can serve as a powerful engine for progress.

The AI revolution is well under way. Personally, I am bullish about its implications — even as I look plainly at its unknowns, challenges, and threats. I hope our President-elect is as well, and that his administration moves proactively so that our United States leads that revolution, for the good of all Americans.