A research report recently published in China entitled “The Impact of VR on Academic Performance,” asserts that virtual reality improves student test scores and knowledge retention. VR-based learning also tends to leave no student behind since it is able to appeal to even the least responsive of users, the report states.

I can’t vouch for the credibility of the study. It’s unclear whether the companies that sponsored it — Beijing Bluefocus and Beijing iBokan Wisdom Mobile Internet Technology Training Institutions — have a vested interest in the VR space. But we’re hearing similar things from a couple of companies in Europe.

Last week, HTC aired the latest episode of its This is Real series, featuring a visit to the offices of Immersive VR Education, a two-year old startup based in the Viking city of Waterford, Ireland, a 90-minute drive from Dublin. The company makes Engage, a platform that changes the scope, scale, and substance of what distance learning can offer lecturers and students from all around the world when VR is brought into play.

“It’s not just something that’s a bit different. This is a new medium. It’s not what we’ve been traditionally doing,” David Whelan, CEO at Immersive VR Education, says at the start of the episode.

Engage is free, and lecturers and presenters can use it to rally up to 30 users into a single session. It can be used simply as the “PowerPoint for VR,” as a tool for conducting meetings, or for anything, really, that allows users to express and share ideas and collaborate in real time at the depth of digital experience only VR can offer. A teacher reading aloud from a textbook about prehistoric vegetation to a class of 20 can suddenly teleport everyone to a great grassy plain crowded with irate dinosaurs.

An early prototype of Engage went live on Steam about three months ago and has had 35,000 downloads to date. An update in January will roll in more features and accessible content.

This kind of technology transforms distance learning into the premium mode of education. And education goes from abstract to visceral in the blink of an eye.

With the availability of tools like this, we can expect to see VR have a significant impact on how we educate. One key feature is the immersive medium’s capacity to transport us into environments that heighten engagement by making subjects alive, interactive, and therefore relatable and relevant. Another is that it transcends physical limitations that, coupled with social features, can eliminate what is in reach for anyone, anywhere.

“I’m very excited about the concept of virtual lessons, in which a teacher instructs students inside a virtual classroom and can teleport them to various locations,” says Dominic Barnard, Cofounder at VirtualSpeech. “Imagine a history lesson, where after five minutes of going through slides, the whole class is teleported to the trenches in WW2 to experience what they have just learned with 360 images and videos.”

Barnard brings us to another application in particular where VR will have an impact: language learning.

A few weeks ago, the team at UK-based VirtualSpeech released the beta version of Language VR, their initial approach of tackling what is usually considered to be the tedious task of learning a new language. It’s already developed a variety of programs that teach vocabulary, grammar, games, roleplaying, and even culture. 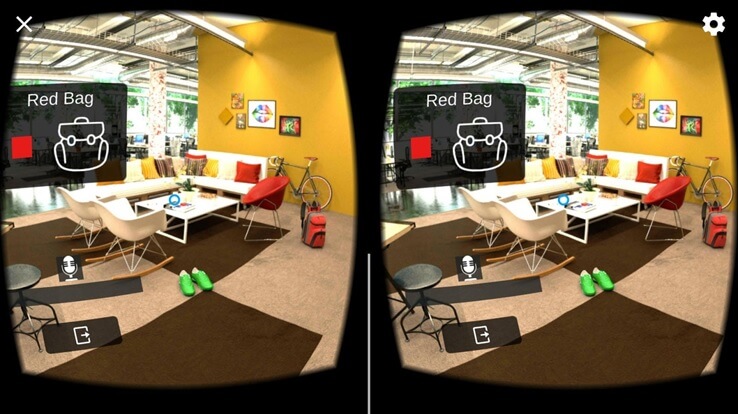 Above: Language VR by VirtualSpeech

For example, users get to explore different parts of the UK, immersed in stunning 360-degree images while learning English as part of the ride. The roleplaying scenarios allow travelers, for instance, to practice ordering a meal at a restaurant or booking a hotel room.

“People say the best way to learn a language is to visit the country. VR in a way does just that. It can immerse you in a different language and culture as if you were there.” Barnard said. “With improvements in speech-to-text and conversation modules, soon we’ll be able to have realistic conversations with virtual avatars in various countries and situations, such as ordering a train ticket in Paris or renting an apartment in London.”

One major barrier, of course, is getting this technology into schools. The K12 system isn’t known for its sizeable budgets or its swiftness in adopting new technologies.

The folks at VR First have been busy this past year working to create very well equipped VR labs across their growing network of academic institutes, which is a boon for students at higher institutes. What about the thousands of primary and secondary schools across the world and the millions of students who could use the technology to revolutionize their educational experience today?

“I have some reservations about whether schools and universities will fully get on board with VR. Budgets can be very tight in the education space and it will be interesting to see how, or if, they try and incorporate VR into their current lesson plans.” Barnard told me.

Amir-Esmaeil Bozorgzadeh is the cofounder at Virtuleap, a sandbox for creative developers to showcase their VR concepts to the world, which is currently running the world’s biggest WebVR Hackathon. He is also the Amsterdam Chapter Lead at the VR/AR Association and the European Partner at Edoramedia, a games publisher and digital agency with its headquarters in Dubai.