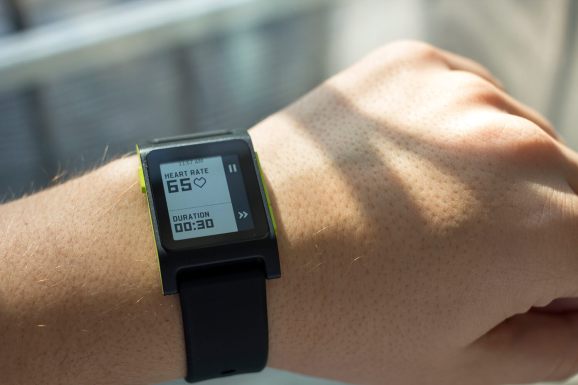 The rumors, it seems, were true. Smartwatch maker Pebble has confirmed that it’s shutting down, with some members of the team joining fellow wearables company Fitbit.

“Due to various factors, Pebble is no longer able to operate as an independent entity,” explained Eric Migicovsky, CEO and founder at Pebble, in a statement. “We have made the tough decision to shut down the company and no longer manufacture Pebble devices.”

News first emerged last week that Fitbit was considering buying Pebble in a deal reported to be worth up to $40 million — a sale that wasn’t entirely surprising given that Pebble was thought to have been going through financial troubles, and was pushing to be acquired. Now Fitbit has finally divulged details of the acquisition, which involves snapping up “specific assets,” including staff and intellectual property (IP) related to software and firmware.

Crucially, for long-time Pebble fans, the acquisition doesn’t include hardware, which is why Pebble is now closing up shop. In real terms, this means that Pebble is no longer making, selling, or promoting watches. Its existing devices will continue to work, with Fitbit taking over control of the software updates, however, it’s expected that functionality will be reduced over time. And perhaps more pertinently here, Pebble watches are no longer covered under warranty.

“With basic wearables getting smarter and smartwatches adding health and fitness capabilities, we see an opportunity to build on our strengths and extend our leadership position in the wearables category,” said James Park, CEO and cofounder of Fitbit, in a press release. “With this acquisition, we’re well positioned to accelerate the expansion of our platform and ecosystem to make Fitbit a vital part of daily life for a wider set of consumers, as well as building the tools healthcare providers, insurers, and employers need to more meaningfully integrate wearable technology into preventative and chronic care.”

Pebble rose on a wave of hype through crowdfunding platform Kickstarter, and the business model was deemed by many to be the answer to funding hardware startups — companies get paid upfront by customers to build things, thereby circumventing the costly overheads that naturally come with building physical products. But now Pebble, a shining light for crowdfunding and hardware startups, has gone under.

Pebble closed its third Kickstarter campaign back in June with nearly $13 million in preorders for the Pebble 2, the Time 2, a Spotify streaming box, and a refresh to the Time Round. But pledges had fallen from more than $20 million on the previous campaign, suggesting that enthusiasm for the Pebble was waning. Certainly, when Pebble came around in 2012, smartwatches were something of a novelty, but now Apple, Samsung, and seemingly every consumer technology company under the sun offers some form of wrist-worn contraption.

As for Fitbit, a fitness wearables company founded in 2007 that went public in June last year, its shares have been in free fall since its $47.60 peak last July and now hover at around the $8 mark. So Fitbit doesn’t appear to be in terrific shape, either, but through acquiring Pebble’s development team and IP, it’s hoping to give its products something of a turbo-charge. “It is because of the close collaboration with the Fitbit team that the Pebble user experience will continue,” added Migicovsky.

Only time can tell whether Fitbit — with its superior brand recognition and public perception — can absorb Pebble’s software and development prowess and become a force to be reckoned with.