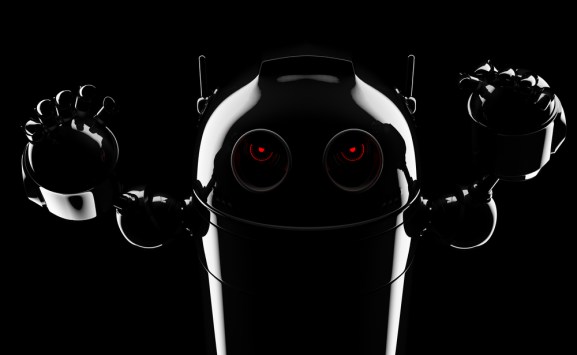 Many chatbots are not that great right now, but that will change.

Oxford University researchers have estimated that 47 percent of U.S. jobs could be automated within the next two decades. With everything from Amazon Go’s cashierless stores to automated customer service to robo-advisors and driverless cars, we are moving toward a world with more productivity and fewer jobs.

As many have commented, this is very reminiscent of globalization and outsourcing. But, with outsourcing, we only did half the work  —  we struck trade deals around the world and increased productivity and corporate profits, but forgot to help retrain the work force to land jobs in the new economy. The result was an entire population left behind, and populist reactions like Brexit and Trump. We can’t afford to make the same mistake twice. That’s why the broad adoption of AI and automation is primarily a human and societal challenge, not a technical one.

Depending on the decisions we make as a society, we could be heading towards a beautiful future with shared prosperity, leisure time, and innovation — or social/societal unrest and machine uprisings. I’ve laid out a proposal below of how we could structure society in this new world to favor the former — it’s a variation of the commonly proposed universal basic income, but with a key twist. Imagine replacing taxes and welfare with shared ownership in a fleet of robots.

It would look something like this: Robots are in the public interest. Any machine/system classified as artificial intelligence must reserve 20 percent economic interest in their production for the public. Every citizen is born with an equal economic ownership in the public pool of robotic production, which vests upon graduating high school.

This has the following benefits:

So here’s what the new world could look like:

People like Elon Musk are motivated by a mission to save humanity and colonize Mars, not to pay rent. Imagine if we could unlock the creative, mission-driven ambition of the rest of the population?

With the freedom to pursue passions…

Work only for (a) personal passions or (b) outsized economic/social returns. People will take more risks, contribute more, and be happier. Robots will do the rest.

And shared prosperity (the people own the robots).

So, expanding on Isaac Asimov’s three rules of robotics, there will now be four:

In some ways, this feels like the natural evolution of humanity, as significant as the invention of farming. Humans will be free of manual labor, and able to pursue their creative and intellectual pursuits. Rather than unhappy people working for survival, robots and AI will create abundance, the fourth rule of robotics will create structure, and we’ll have a renaissance of philosophy, art, culture, and innovation to solve the world’s most important challenges.