Vida Health, an online health platform that connects people suffering from chronic diseases with health coaches, has raised $18 million in a Series B round led by Canvas Ventures, with participation from Nokia Growth Partners (NGP) and Aspect Ventures.

Founded in 2014, Vida Health targets those with conditions such as diabetes, depression, anxiety, and high blood pressure, and pairs them with their own mentor — this could be a personal trainer, nutritionist, nurse, therapist, or other support person. It’s also open to general “wellness coaching” for those seeking to live healthier lives, and Vida says its platform has serviced more than 30,000 individuals since its inception two years ago.

Replete with native mobile apps, the Vida platform can also integrate with many popular health and fitness trackers, including Fitbit, MyFitnessPal, and Apple Health, giving coaches direct access to their users’ vital stats. This lets them formulate tailored plans and also allows them to adjust the program based on data and to make recommendations in real time over text, voice, or video chat. 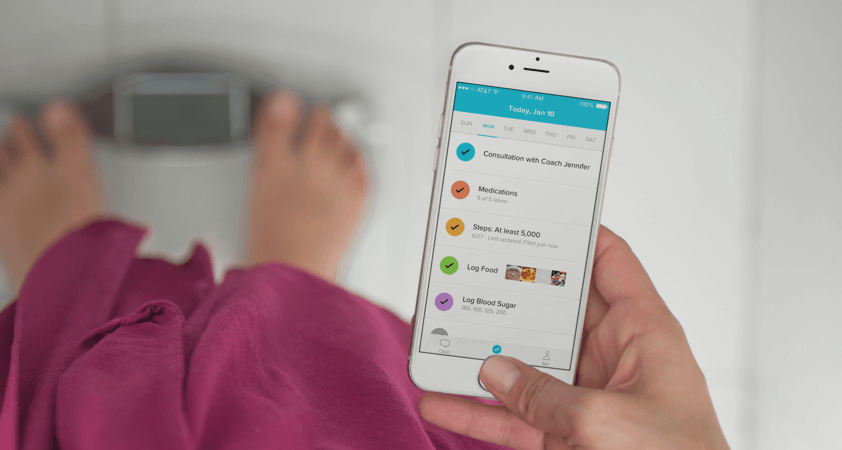 The company had previously raised a $5 million Series A round in 2014, and this latest cash influx will allow it to grow its platform “to serve more consumers who are managing chronic conditions or simply want to improve their health,” according to a statement.

“Since launching two years ago, we have seen men and women use the Vida platform to dramatically improve their health and even reverse chronic conditions, like diabetes and hypertension,” said Vida cofounder and CEO Stephanie Tilenius. “For many, it’s transformed their lives. The potential to prevent, manage, and reverse chronic health conditions that affect half of all Americans, and reduce our nation’s healthcare burden, is huge.”

A quick look at the numbers reveals the size of the market Vida is looking to tap. Almost 40 percent of U.S. adults are considered obese, and more than 70 percent overweight. Almost 10 percent of the population (29.1 million people) are thought to have diabetes, and more than a third (86 million people) are in the pre-diabetes stage. According to the Centers for Disease Control and Prevention (CDC), as much as $2.5 trillion is spent on chronic disease care in the U.S. each year.

Though Vida is open to individual consumers, it also touts its services to companies looking to improve the health of their employees — thus cutting the cost of healthcare. Clients include Steelcase, eBay, and FICO. The enterprise represents a growing market for digital health platforms. Back in August, Accolade closed a $93.6 million funding round to help employers cut healthcare costs, with a platform that guides employees through the “costly, complex, and fragmented” world of healthcare. And such demand isn’t limited to health improvement — last month, BetterUp raised $12.9 million for a platform that connects employees with professional development coaches, while Everwise nabbed $16 million to connect protégés with mentors.