Stash, a mobile app aimed at helping novices invest their hard-earned money, has raised $25 million in a Series B round led by Valar Ventures, with participation from Breyer Capital, Goodwater Capital, and Entrée Capital.

The funding comes less than four months after Stash closed a $9.5 million Series A round and takes the company’s total funding to nearly $40 million.

Founded out of New York in 2015, Stash follows the likes of Acorns and Robinhood — which have raised $62 million and $66 million in VC funding, respectively — by targeting a “new generation of investors” through a mobile-first platform for those without the time or inclination to focus on investing.

Stash strives to simplify the investment process, letting investors choose from more than 30 ETFs (Exchange Traded Funds), which have been selected by the folks behind Stash based on “historical performance, expense (fee) ratio, risk profile, and asset allocation,” according to a company statement.

Investors can also choose to invest based on specific areas of interest, such as “Clean and Green,” for those concerned about the environment. 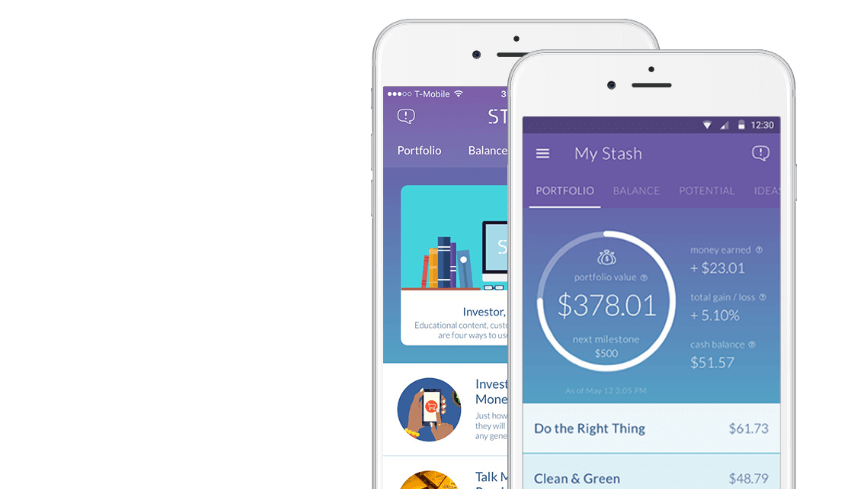 Stash charges $1 per month for accounts with a portfolio value of less than $5,000, and 0.25 percent a year for those over $5,000. No fees are charged for transferring money in and out of accounts.

“Our goal is to break down the barriers to investing by promoting financial literacy, helping people develop smarter financial habits, and empowering those who have been underserved by the financial services industry,” explained Brandon Krieg, CEO and cofounder of Stash.

In the four months since its Series A round back in August, Stash says it has seen “exponential growth,” has more than doubled its user base, and is adding more than 10,000 users each week. The company claims a “diverse” group of investors on its platform, including soldiers, nurses, Uber drivers, and construction workers.

After adding almost $35 million to its coffers over the past four months, the company now plans to develop new features, services, and products.