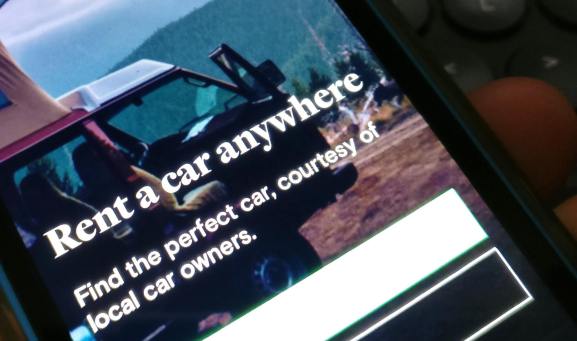 After seven years in business, peer-to-peer (P2P) car-sharing network Turo is today launching in the U.K., the company’s first market outside of North America.

Founded out of Boston as RelayRides in 2009, before moving its HQ to San Francisco a year later, Turo follows a model similar to other so-called “sharing economy” companies such as Airbnb, in that it lets its users rent out their vehicles through an online marketplace and thus monetize their motors while not in use.

Initially limited to a handful of U.S. cities, Turo launched nationwide in the U.S. in 2012, and it went international for the first time just eight months ago when it touched down in Canada. Today, the company claims 2 million users, with 111,000 listings across the U.S. and Canada in 4,500 cities. Interestingly, Turo says its platform nets its owners an average of more than $720 per month, or over $3,000 a month for those with three or more cars.

So why the U.K. for its first foray outside of North America? Well, there are a number of reasons. First, U.K. travelers to the U.S. represent the largest number of international visitors using Turo, which suggests the country is already onboard with the sharing economy philosophy — this should help Turo gain traction more quickly in the U.K. Additionally, the U.K. is the number one global search destination for existing Turo users, even though there are no U.K. cars listed on the platform (before now).

The U.K. already has a handful of P2P car-sharing platforms, including HiyaCar and EasyCarClub, the latter of which is an affiliate of budget airline giant EasyJet. However, Turo is setting out to differentiate itself by offering a vast range of automobiles, hooking up with a handful of “car rental entrepreneurs” to boost the available fleet.

“What is different about Turo is its extraordinary selection of unique vehicles for rent at a variety of price points that makes the service stand out from traditional car-hire players,” explained Turo CEO Andre Haddad to VentureBeat. “Turo has partnered with a number of car rental entrepreneurs whose fleets boast everything from classic British icons such as Mini Coopers, Jaguars, and Land Rover Defenders to more traditional Turo favorites, like Jeeps and Teslas. Travellers can rent the car of their dreams when they want, wherever they want, from a vibrant community of local car owners.”

The company has previously raised more than $101 million in venture capital funding, with some notable backers on board, including Google Ventures and Kleiner Perkins Caufield & Byers, the latter of which plowed in $47 million last November when RelayRides rebranded as Turo.