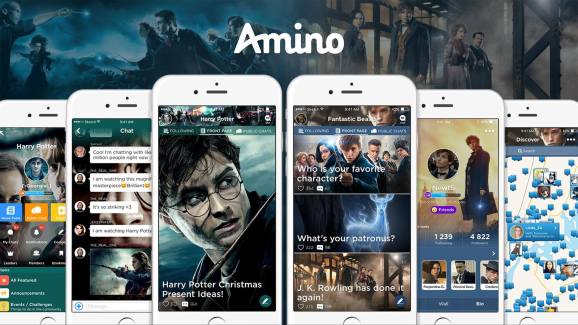 Amino Apps believes that there’s still a need for networks that are both community-centric and geared toward the mobile generation. Investors seem to agree, which is why they’ve invested $19.2 million into the company, which not only offers underserved communities a place to exist, but gives the most passionate ones a chance to grow through standalone mobile apps.

Founded by Ben Anderson and Yin Wang, Amino could be compared to Ning, but mobile-first, and with a twist. “Instead of sitting down at your computer, logging into your Ning community and spending 10 minutes reading what is essentially an old school forum, our users can access their community anywhere with a mobile native experience,” Anderson explained. 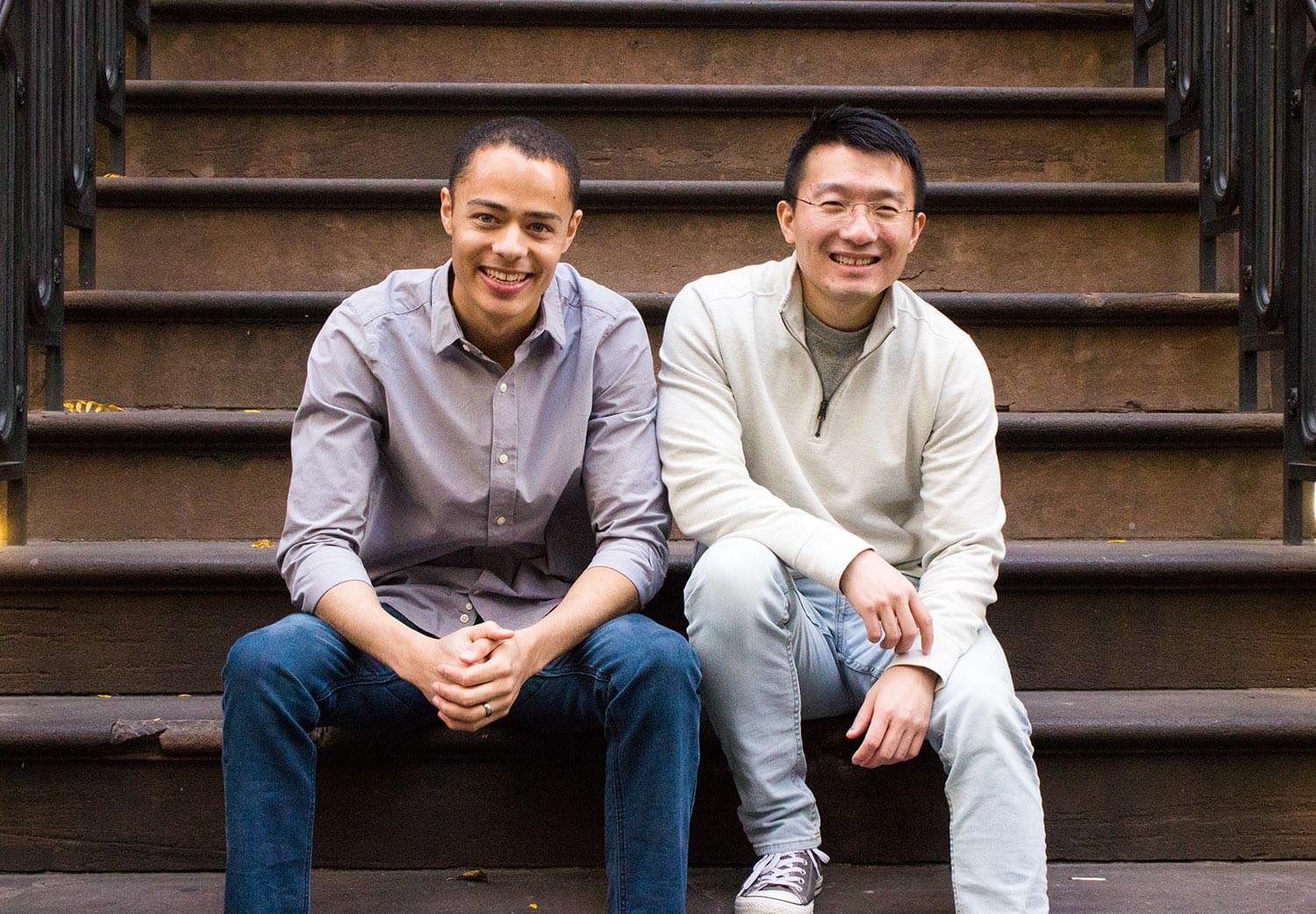 More than 250,000 communities are available within Amino’s network, based around Game of Thrones, Minecraft, comics, K-Pop, Taylor Swift, Star Wars, Anime, veganism, LGBT, and many more topics — this is an upgrade from 90 communities two months ago. Some of these groups even have hundreds of thousands of members. And while there are message boards, forums, and community platforms around these topics, the company believes it has an advantage in being able to tap into the mobile space. And the communities that have really taken off on its platform eventually receive a standalone app — more than 250, to date.

“The communities are actually created, customized, curated and managed by our users, allowing them to unleash their passion and expertise to foster and grow their communities,” Anderson said. “For very specific topics like K-Pop, or Motorcycles, we find our users don’t know anyone, or maybe only one or two people, who share their interest. But when they enter an Amino community for their interests, they’re immediately surrounded by thousands who are as passionate as they are. This is why our average user spends over 60 minutes per day on the Amino app.”

While people could converse on Reddit, Ning, and even Facebook, those offerings took too long to roll out dedicated community apps and capture many of the interest-based communities on mobile. “The product caters to a new generation of mobile natives, who refuse to use the old forum technology and want something more social and natural for their preferred devices,” Anderson told us. 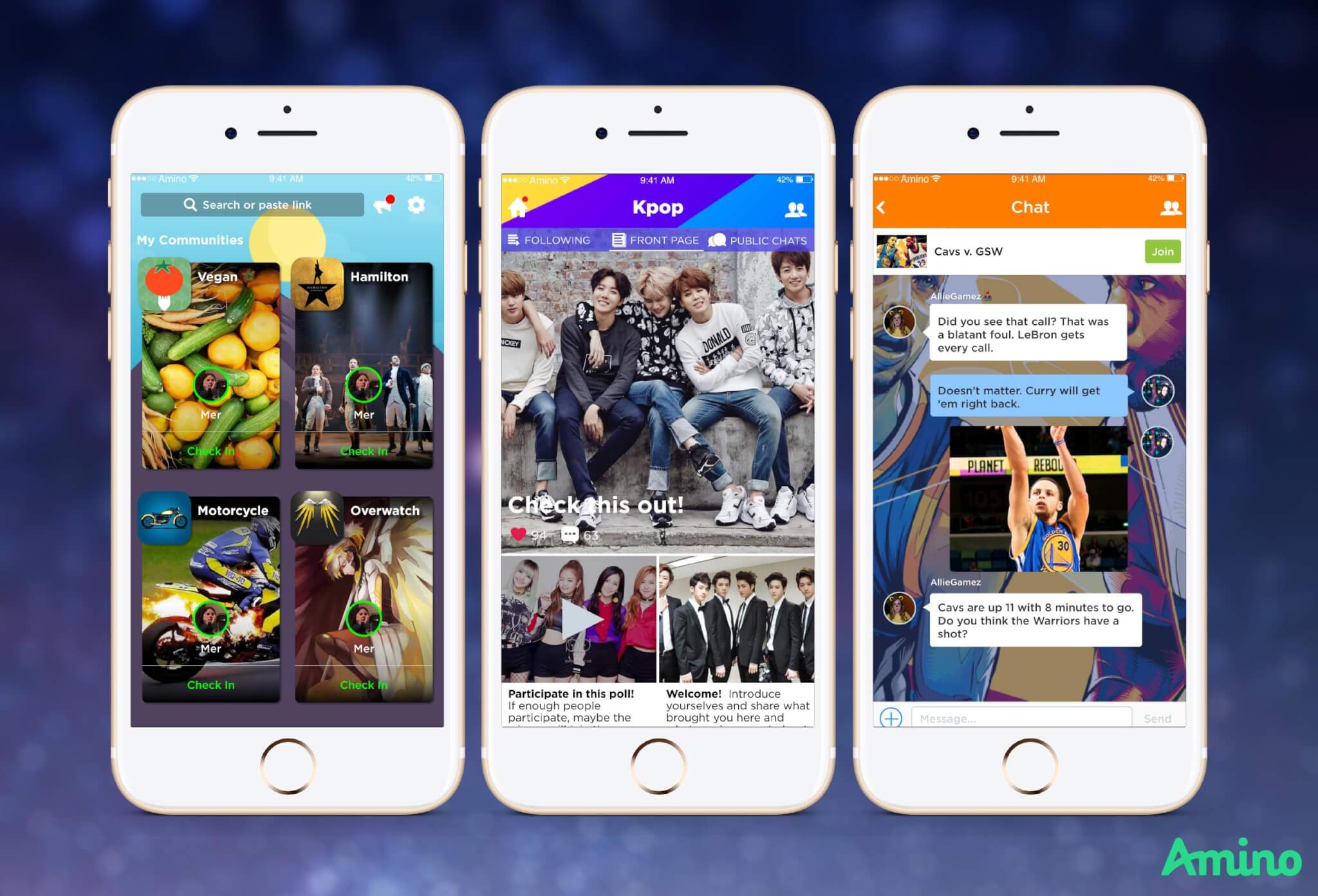 GV investor MG Siegler naturally agrees with Amino’s philosophy. While there is certainly a sizable audience using Facebook, the social network hasn’t done a good job of catering to the passionate, niche, or broad user bases that are focused on a core interest or issue. “I don’t think Facebook the product is currently built for that,” he said.

As a returning investor in the company, Siegler said that he “liked the approach of the all-in-one Amino app, which allows people to create communities from it. [Amino] utilizes that as an initial point to figure out where to expand. I like they way they do things.”

The latest investment will be used to launch at least another 1,000 apps, while growing out Amino’s product and engineering teams. The company also plans on developing more tools for users to communicate with one another, while arming moderators with the ability to better police their communities. 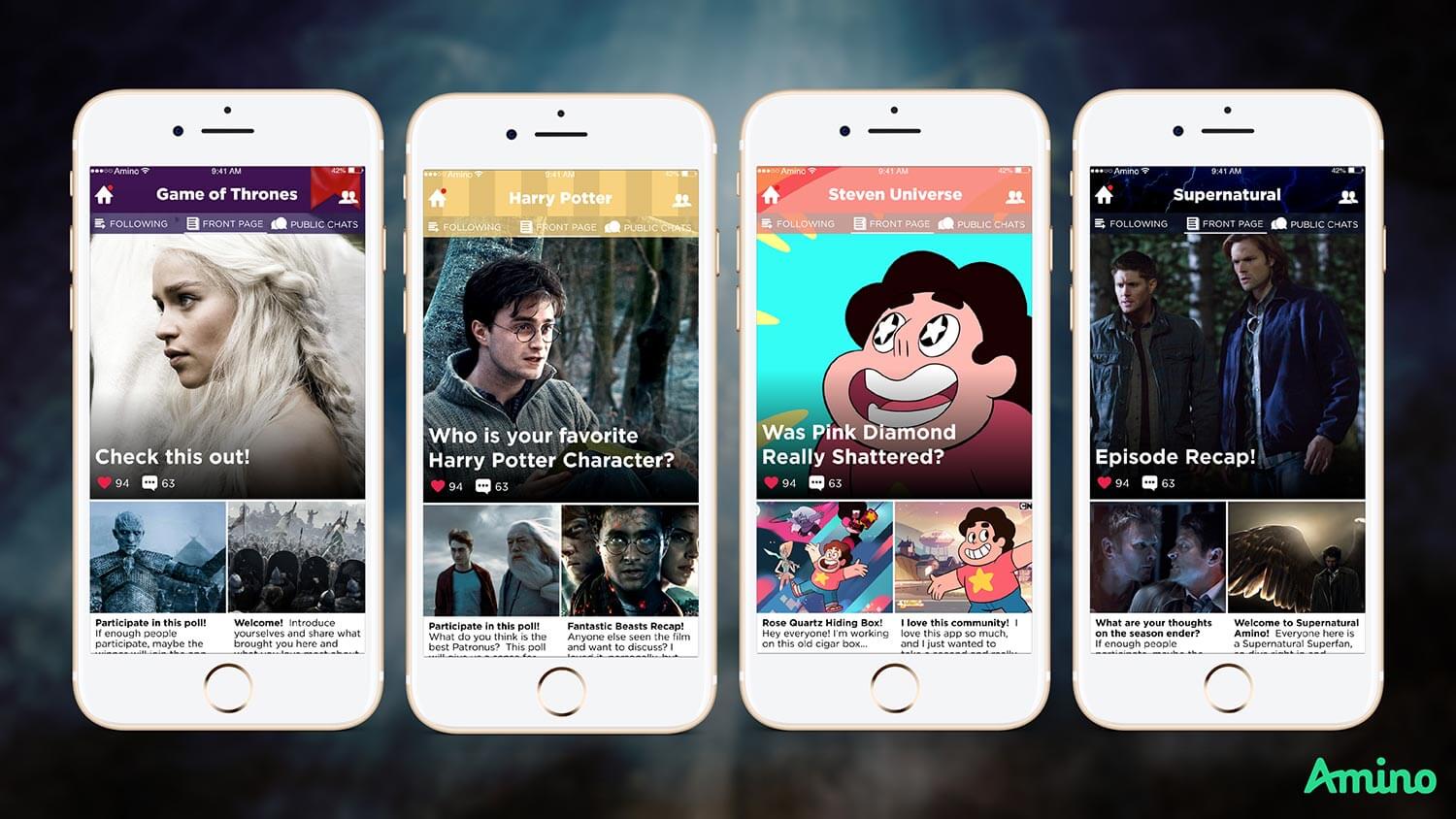 The last part is worth highlighting. Because it’s a social community generator, Amino faces the same issues as Reddit, Twitter, Facebook, Ning, and any other similar service: Harassment. Siegler shared that this was something he and the founders have discussed at length and said Amino is able to moderate at scale and has become very smart about how communities are set up. “They set this up with the right mentality around moderation, while also having teams to set it up on the right foot,” Seigler said. “Because it’s focused on specific communities, as opposed to having a front page that people are getting to, you have to really want to be a part of the community. But if you’re there for hate, it doesn’t feel as conducive to that as if it were a front page with a huge reach, or being able to game it.”

Bringing on new investors, such as Time Warner Investments, could also be an indication of the cable provider’s interest in establishing communities around its programming, tapping into the broad reach of Amino’s network. It will be interesting to see more interest-based groups form around hit shows and movies from Warner Bros., Turner, and HBO.

To date, the company has raised $27 million in venture funding.