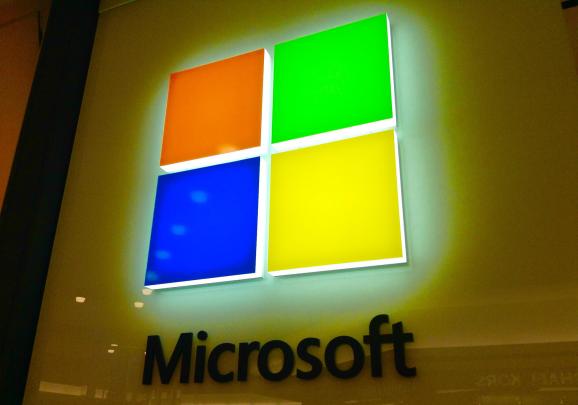 Take a step back for a look at the big picture, and it’s clear that 2016 was a remarkable year for bots and virtual assistants.

Within the span of a few months this spring, Google, Apple, Facebook, and Microsoft all made plans to grow bot ecosystems and each invited developers to build bots or virtual assistant integrations for their platforms.

If that sounds dry or technical, think of it this way: All of these companies want a relationship with you.

With that kind of ambition, most weeks this year have been busy, but as 2016 draws to a close, this was an especially important week, with major announcements from Facebook Messenger and its intelligent assistant M, Google Home, Microsoft, and Amazon.

Some of this news was covered by the BotBeat team. All of it matters and carries implications for trends likely to accelerate in the year to come.

That means Google Home owners can now interact with companies like Domino’s to order a pizza, WebMD to get health advice, and Product Hunt for all matters of tech geekery. More new actions from major partners will trickle out in the weeks to come to extend the range of what Google Home can do for you.

Earlier in the week, Netflix and Google Photos actions were also implemented.

Given the level of competition in these chat wars, it seems a safe bet that there will be hundreds or thousands of conversation actions available in the near future.

Something shook loose in Redmond, Washington this week. Microsoft flooded the field with all things bot and AI assistant.

Top story: The Cortana Skills Kit is now in private beta and will become available for wider use in February 2017.

Like the Alexa Skills Kit and Actions on Google platforms, the Cortana Skills Kit lets third parties, like developers, make commands for the virtual assistant.

A Cortana software development kit (SDK) is also on the way, meaning that you can expect to find Cortana in many devices far beyond a computer.

Amazon has an SDK that has been used to put Alexa inside wheelchairs, a home robot, and a can of Pringles. Google plans to release its SDK next year.

These SDKs mean we should all expect assistants to become a kind of omnipresent feature in people’s lives. That’s probably why Gartner predicted that by 2020 people will spend more time talking to virtual assistants than to their spouse.

One device we know will have Cortana inside it: a Harman Kardon smart speaker that was announced Tuesday. That means Microsoft will soon compete with the Amazon Echo and Google Home.

On Tuesday, we learned that what is being called “the next evolution in chatbots” by Microsoft, the chatbot Zo on Kik, is in fact a descendant of internet-famous Xiaoice and the infamous Tay.

Tay earned a bad rap, and with good reason. The crowd turned her (Microsoft assigned the bot the personality of a young woman) into a racist, misogynist, anti-Semitic mess, but its underlying conversationalist skills are solid.

That’s why there are reports of people having conversations with Zo that last for hours. Granted, the conversation may not be on par with a Charlie Rose interview, but when was the last time you had a conversation with a bot that lasted more than a minute before you spotted obvious limitations and moved on?

We also found out this week that the Microsoft Bot Framework is now being used by 67,000 developers. That’s nearly double the 34,000 Facebook reported last month. A gap in the Microsoft-Facebook battle for developers was initially revealed in September, and that gap appears to have widened.

New to Microsoft Bot Framework this week: You can now add location and location-based services to a bot, and there’s an API to make chatbots better at answering questions.

Finally, on Friday, researchers working with Microsoft debuted MS MARCO, a dataset the company is giving away free in order to greatly improve the ability of a virtual assistant or search engine to answer nuanced questions, like a human can. Ultimately, Microsoft hopes that MS MARCO will be one of the pieces necessary to achieving artificial general intelligence, which is the ability for a computer to think on its own.

Reporting by BuzzFeed News revealed that Facebook Messenger is using its intelligent assistant M in new ways, and there are plans to expand its availability next year. M has been in beta for more than a year now.

Called M Suggestions, the new feature being tested will offer replies based on the topic of conversation. For example, if your friend asks “Where are you?” M Suggestions may automatically suggest that you share a map of your location.

M Suggestions could very well be the first Facebook Messenger bot to speak to people in groups, resolving what several developers have told VentureBeat was a limiting factor for them when making Messenger bots.

Alexa appears to be far ahead of competition like Facebook, and in the past two weeks has taken steps to launch its first deep learning services, its Lex bot framework, and a new library of thousands of built-in commands to improve the Alexa Skills Kit.

This week, Alexa was in the news not because of its own actions but because of actions taken by businesses who want Alexa to be a bigger part of what they do.

On Tuesday, Wynn Las Vegas announced plans to put an Amazon Echo inside every one of its hotel rooms. They will be able to control basic things like air conditioning, the lights, and the TV, but in the future, Wynn Hotels said it wants to create its own assistant just for visitors to the hotel and casino.

A day later, the startup OV launched its wireless headphones with Alexa inside. The headphones hit the market just as Apple announced delays in the launch of its AirPods for wireless communication with Siri.