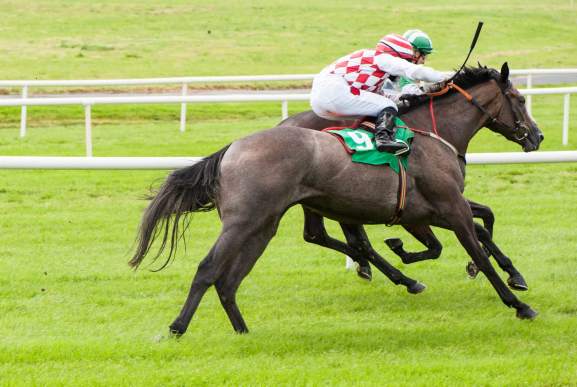 The average venture capital investor evaluates 200 companies in a given year. They invest in just four. Even once those four have been selected, completing the deals is labor-intensive, taking an average of 83 days, including 118 hours of due diligence involving consultations with as many as 10 references. Given the time and effort involved, VCs are understandably concerned with making sure the selection criteria they use to whittle the initial 200 down lead them to a final four that will deliver the biggest returns over the long term.

The factors that attract or deter VCs can broadly be categorized as either “people” factors (the ability, ambition, relevant experience, and teamwork of the founder or management team) or “business” factors (the product, technology, or business model). It’s a bit like the difference between betting on a jockey and betting on a horse. The analogy has been around for some time; Kaplan, Sensoy, and Ströberg explored the impact of each type of factor has on a startup’s success in their 2009 paper Should investors bet on the jockey or the horse? Evidence from the evolution of firms from early business plans to public companies.

Horse racing aficionados will debate the relative influence of a horse and its jockey on the outcome of a race, or entertain hypothetical scenarios in which a horse may have been more or less successful with a different jockey in the saddle (or vice versa). Similarly, there is often speculation that a promising but failed business might have succeeded with different leadership, or that an entrepreneur has clear potential but hasn’t yet found the right business idea with which to realise it.

Both are clearly important, but there is considerable academic interest in answering the question of which type of factor is a more reliable indicator of the future success (and, therefore, present investment potential) of a startup. Previous research, and anecdotal evidence, suggests that different VCs take different positions on this key question – though Kaplan et al. (above) found when examining the IPO prospectuses of successful VC-backed companies that the “horse” tends to have been more stable in exited startups than the “jockey.”

In our paper, How Do Venture Capitalists Make Decisions? (Gompers, Gornall, Kaplan, Strebulaev; August 2016), my coauthors and I aim to provide greater clarity on this issue. We surveyed 885 venture capital professionals at 681 firms to learn how they make decisions. We asked them to identify the factors that drive their investment selection decisions and rank them according to importance.

The situation gets more complex when accounting for VCs’ investment stage or sector preferences. The management team is more likely to be the most important factor in investment selection for early-stage investors and investors in the IT sector, for instance, than it is for later-stage investors or those who target the healthcare sector. In fact, healthcare investment was the only subset in our study not to overwhelmingly identify a target company’s management team as the most important factor in selecting an investment. Later-stage VC funds are more similar in attitude to private equity firms in the priority they assign to business models and company valuations.

Given that jockey, or people, factors are the most important drivers of investment selection, which individual characteristics of those people do VCs consider most likely to contribute to long-term success? Ability was – perhaps unsurprisingly – the most-mentioned factor, with more than two-thirds identifying it as important. Experience in the specific industry was second, followed by passion, specific entrepreneurial experience, and teamwork.

Again, though, there is nuance and variation, with healthcare bucking the overall trend. VCs targeting this space identified industry experience as by far the most important quality in a founder or management team; passion was substantially less important. Meanwhile, California-based VCs appear to value passion more and are less concerned with experience.

What do our discoveries about the investment selection preferences of VCs mean for startups hoping to make the cut? It is clear (and consistent with 2015 research by Bernstein, Korteweg, and Laws) that the jockey is of highest importance. Founders and management teams doing the rounds in pursuit of investment – especially those at an early stage, or in the IT sector – could give their chances a considerable boost by placing additional emphasis on their own personal capabilities, passion, experience, and relationships as a team.

Ilya Strebulaev is the David S. Lobel Professor of Private Equity at Stanford Graduate School of Business and a member of the National Bureau of Economic Research.